How to rebuild a journal

An editor’s top tips for re-invigorating a journal

A journal may see several Editors-in-Chief during its lifetime, and each will bring his or her own approach to making it a success. Sometimes it’s necessary for a new leader to take over a journal that’s struggling or stagnating. What can they do in that situation to rebuild the journal?

Dr. Stephen Heyneman, Professor (Emeritus) at Vanderbilt University, briefly served as an Associate Editor of the International Journal of Educational Development (IJED) before being asked to take over as Editor-in-Chief in 2014. When Professor Heyneman started, the journal came with a backlog of submissions and huge potential. Two years on, it is running smoothly, welcoming high quality submissions and continuing to improve.

How did he re-invigorate the journal? Professor Heyneman explains.

What was the journal’s situation when you were appointed, and what were your first steps? 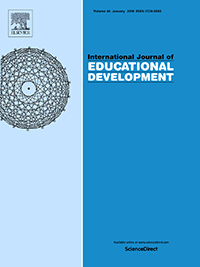 It was something of an emergency situation when I took over – the previous Editor-in-Chief had to resign quite suddenly. There were 150 papers in the system that had never been looked at.

The first problem I encountered was a feeling among some Board members that the journal was going a certain way and they weren’t sure about it. So I took the reins, developed a close relationship with Elsevier and improved communication with the Board.

The next was to cut the backlog to zero. I had to make very fast decisions; I rejected about half of the articles in the backlog without sending them out for review or even to an Associate Editor. These weren’t catastrophic decisions, I was just putting in place a similar rejection rate to what other journals had and made sure every paper in the backlog was treated as fairly as the new submissions coming in.

I then set what I loosely term performance standards, to make sure final decisions are made within two to three months of an article being submitted. We also apologized to authors who had been waiting too long, without assigning any blame.

How have you improved the quality of submissions?

I tried to find a constructive way to say no, explain my decisions to the authors and make suggestions to help them improve. Authors were welcome to resubmit and their papers were considered new submissions, not revisions. We continue to target constructive feedback where we know it will bear fruit, for example for countries with scholars new to publishing with us, such as Iran and Turkey.

We’ve also changed the aims and scope on the journal website to make it clearer what we want to publish. We have something very few other journals have: a list of things we’re not interested in. This may have helped focus the journal and make sure the submissions are what we’re looking for.

It’s certainly paying off: the proportion of articles we have to reject at desk review has declined from 50 percent to 30 percent. To me that suggests the quality of the submissions coming in has improved significantly. It’s helpful to know we play an educational, as well as decision-making role.

How important has the team been in improving the journal?

Most of the Associate Editors were already on board when I was appointed, with two new additions since I started. The way it works is that an Associate Editor makes a decision and sends it on to me. Their decisions are very well thought through and their summaries are spot on – I trust their judgment entirely. We’ve been working together as a very tight team and we’ve never had a disagreement.

I also distribute articles evenly, rather than according to special interest, skills or experience. I don’t like typecasting people – I wouldn’t want to be stuck with one topic either. This keeps the team alive; it also means I can keep an equal workload across all five Associate Editors, regardless of what’s coming in.

What is the journal’s situation now, and where is it headed? 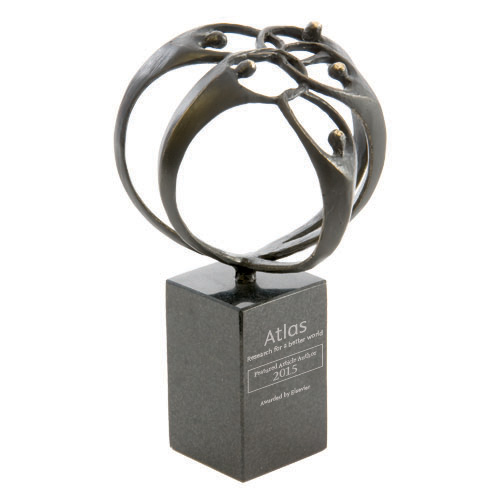 IJED is going from strength to strength. There’s no backlog at all; we receive around 500 submissions a year, and we publish around 100 of these. In 2015, one of the articles published in the journal received the Atlas Award.

We’re currently working on two Special Issues, one on the future of foreign aid in education, and one on future financing in higher education. We’re also developing a more rigorous process for Special Issue proposals and will soon be announcing a call for ideas.

We’re not just going to stick to articles on developing countries any more. IJED is a major journal of educational development and, in my view, development is about developing better education, at a reasonable price, equitably delivered. We will be global – there’s no country that doesn’t have a problem with that.

What are your top tips for other editors in a similar situation? 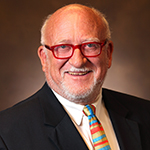 Dr. Stephen P. Heyneman received his PhD in comparative education from the University of Chicago in 1976. He served the World Bank for 22 years. Between 1976 and 1984 he helped research education quality and design policies to support educational effectiveness. Between 1984 and 1989 he was in charge of external training for senior officials worldwide in education policy. And between 1989 and 1998, he was responsible for education policy and lending strategy, first for the Middle East and North Africa and later for the 27 countries of Europe and Central Asia. In July 2000, he was appointed professor of International Education Policy at Vanderbilt University. In 2015, he become Professor Emeritus. Current interests include the effect of education on social cohesion and the economic and social cost to education corruption.