Early career researchers share their thoughts on the future

Few industries or organizations have escaped the global economic downturn unscathed and among those feeling the strain are national governments.

The resulting decrease in funding for research by those governments has proved to be a hot topic for early career researchers aged 36 and under (ECRs) during Elsevier's Researcher Insight Index, a biannual survey with published researchers.

Only 28% of ECRs agreed that their national government works hard to encourage young people to enter research. The other 72% spoke about cuts to research funding, a lack of jobs for young researchers, the cost of higher education and a belief that the funding system favours senior researchers. Only a quarter (25%) of ECRs thought that funding in their field would increase in 2012, though they were slightly more optimistic than their older colleagues (20% of whom agreed funding would increase).

"Our government tends to give the financial support for elder big name scientists, but not newcomers. Young scientists who do not have strong relationships with big names are always suffering from the lack of financial support such as grant-in-aid."

In fact, it emerged that ECRs are less satisfied with their career opportunities than later career researchers aged 36 and over (LCRs). An early career researcher is more likely to consider giving up research because they cannot balance it with their personal life, or consider moving abroad to work. Furthermore, the pressure to publish is felt more strongly by ECRs than their older colleagues and they feel less like their work is making a difference to society 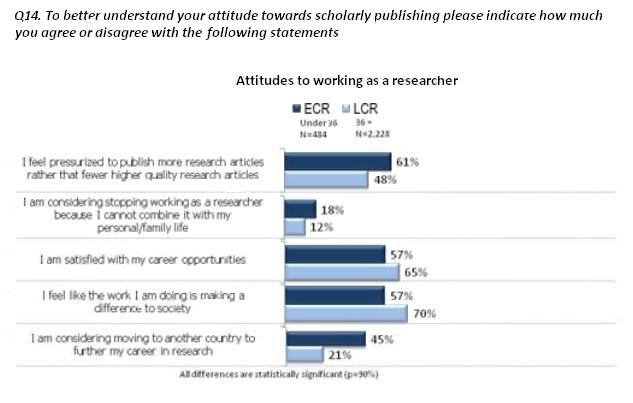 The survey also covered other areas of potential interest to Editors, including how young researchers read articles and how this is changing.

ECRs report that it has become easier to find and consume published research. Almost two-thirds of early career researchers report that they now spend more time reading articles and less time searching for them than they did five years ago (though they still spend on average more than four hours a week searching for articles). Indeed, on average they download six articles per week and spend almost six hours per week reading. Over a year that equates to more than 300 articles downloaded and 300 hours reading. Around half note that they download more now than in the past and a similar proportion believe they will download more in the future than they do now.

The format in which research articles are consumed may also change, due to the rise of mobile devices. These devices are already changing the way newspapers, magazines and books are read and it is logical that scholarly journals will follow suit. In early 2012, more than half of ECRs used a smartphone and more than a third used a tablet computer on a daily basis. The total time spent on a mobile device (also including laptops and ebook readers) is more than nine and a half hours per day, which is an hour more than researchers aged 36-55 and two hours more than those aged 56 and over. The proportion of ECRs wanting to access scholarly information via such devices is increasing over time. 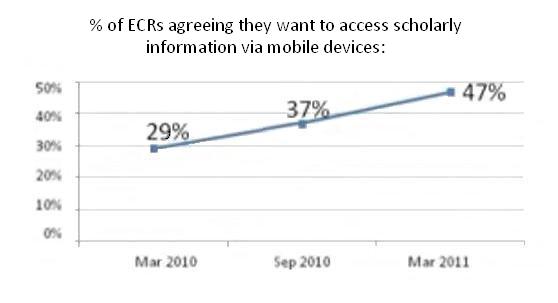 "My smartphone provides easier, faster, more reliable access to the web when on travel."

There has been a rapid change in the way that information is communicated over the last few years due to the rise of social media. This is particularly the case for young researchers.

Furthermore, young researchers are willing to consider alternative formats when submitting research articles for publication; 48% agreed they would happily provide enriched content (e.g. audio, video, compound files) when submitting articles in the future, while one fifth have already posted scholarly video and 57% are likely to do so in the future.

The importance of peer review

Despite being open to new publishing methods, ECRs hold favorable views towards traditional publishing such as peer-reviewed journals:

"It's part of our job - someone has to do it, someone knowledgeable, and if I want my papers reviewed by others then I should do the same for them."

It would also appear that the economic downturn is having a greater impact on their careers than it is for LCRs, which suggests more could be done to ensure they can thrive as researchers and do not leave the profession early. 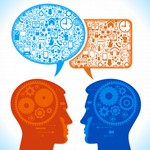 * Maximum margin of error at a 90% confidence level