Could this improve your journal?

Submissions are the fuel that drives a journal forward, but what happens when there are too many to handle? 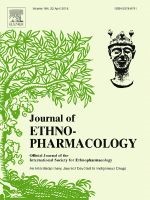 At the Journal of Ethnopharmacology, we developed the ‘Rules of 5’ to help control the inflow. They are five clear criteria that each author needs to think about before submitting a manuscript. Editors and reviewers can also refer to them before we start the whole process of editing and reviewing.

Each of the five rules has five ‘sub-rules’. If a manuscript meets one or more of those sub-rules it should be rejected immediately. The structure is modeled on the rule of five (RO5) that pharmacists use to determine whether a compound is a likely candidate as an oral drug. This makes it a familiar system, easy for researchers in our field to understand.

The rules support authors and reviewers, helping to improve papers

Authors can easily access the Rules of 5 on the journal website. The rules are first and foremost about scope so the author can determine whether their article is suitable for the journal before they even submit. This saves everyone time – authors, editors and reviewers.

I believe as editors we have a role to play in improving both research and the publishing of results. The five rules give authors our decision framework for rejecting papers, helping them make changes or reconsider whether to submit to the journal. Being open about reasons for rejection means an author’s next study and next paper will be better – you can see improvements in the papers, and I like to think this is in part because of the system.

Many reviewers also use them. If a paper isn’t right for the journal, the reviewer can just say it’s out of scope, or too preliminary, for example, and refer the author to the relevant rule.

The Journal of Ethnopharmacology’s Rules of 5

Each of these rules has five underlying sub-rules.  A manuscript meeting one or more of the sub-rules should be rejected immediately. To see the full list, visit the journal website.

1. Out of scope
The paper should report on traditional use or present results on pharmacological or toxicological studies (positive or negative) that are directly related to the traditional use. These data should eventually contribute to evidence-based traditional medicines.

2. Too preliminary
A paper must be based on a thorough and extensive study, using proper controls.

4. Ethnopharmacology and ethnobotanical surveys without quantitative data
To be able to make choices for further studies it is important to have information on how frequently plants are cited in surveys, and to have, if at all possible, cross checks for the information.

5. Lack of novelty
The study must represent a novel approach to the study of the activity, i.e. it shouldn’t more or less repeat what has already been published with similar results.

When I took over as Editor-in-Chief of Journal of Ethnopharmacology in 2000, one of the more difficult aspects of the role was getting a clear direction for the journal – the papers were quite diverse, and we didn’t really have a system by which to judge them. Then, when the electronic submission system was introduced in 2004, we noticed a rapid increase in the number of manuscripts sent to the journal. That was great, of course, but we could only publish about 300 of the 2,000 articles we were receiving every year.

We needed a fast-track rejection system – as editors we could pick out most of the out of scope papers already, accounting for around half of the submissions. That meant we weren’t putting additional pressure on reviewers. But because we were rejecting more papers without review, we were getting more questions from authors asking us why their papers were being rejected.

I came up with the five rules and sub-rules, and we discussed and agreed them as an Editorial Board. The rules were then introduced in an editorial in 2006. They are very visible on the journal website, so the criteria on which we base our decisions are more open. We now receive 4,000 submissions a year, and the Rules of 5 are still just as helpful, if not more so – they help us cut through submissions in a transparent way.

Developing new standards for the future

The Rules of 5 have been very helpful and I think this is really just the start. We need to develop certain standards in the wider field – for example, what do you need to show in order to prove something has antimicrobial activity? What can be considered promising? By soliciting ‘standard-setting’ papers, which are published open access, we want to help researchers set priorities and avoid praising formulations with low activity as highly active.

This doesn’t mean we only have to publish results that show activity: If a drug isn’t active, that’s ok as well. The result is what it is: There are no negative or positive results, they are all just results and they always have a meaning. The value lies in whether the result was obtained properly.

I believe a set of standards may be achieved by educating reviewers and determining together what those standards are. The Rules of 5 are a starting point for this alignment. 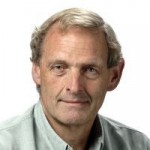 Professor Dr. Rob Verpoorte is Professor Emeritus at Leiden University. He holds a Pharmacists degree and a PhD from Leiden University, and was lecturer there from 1976-1987. Since then he has been Professor and Head of the Department of Pharmacognosy. He was a guest professor in London (UK), Uppsala (Sweden), Amiens (France) and Reims (France). From 1992-1998 he was Vice-Chairman and Chairman of the committee of the Phytochemical Society of Europe (PSE). He has authored 725+ scientific papers, four books and six patent applications, and is Editor-in-Chief of Journal of Ethnopharmacology. He supervised 65 PhD-theses and 150+ MSc theses. He received an Honorary Doctorate from the University of Amiens (Université de Picardie - Jules Verne), France (2004) and Uppsala University, Sweden (2012). In 2007 he received the PSE Medal.

Prof.Dr. shahana Urooj Kazmi says: May 25, 2015 at 2:07 am
Hi , Bob , Pl. accept my congratulations for taking over as Editor in Chief and immediately coming up with rules which would be very useful for the authors as well as help in quick processing of manuscripts submitted to the journal.