Why is the sense of smell undervalued in Western societies?

If you question whether the sense of smell is considered frivolous in our culture, consider this: 53% of young people said they would rather give up their sense of smell than Facebook.

In a symposium to shed light on the potential of olfaction (sense of smell) and the interplay of language, mind and culture, researchers in linguistics, psychology and biology discussed why   the sense of smell is underrated in the West compared to societies with a more traditional lifestyle, where smell plays a critical role in language and culture.

Their remarks were made at a symposium titled The Sense of Smell as a Novel Means to Explore Language, Culture and Biology held at the American Association for the Advancement of Science (AAAS) annual meeting last month in San Jose, California. 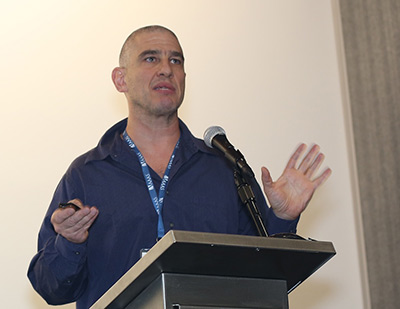 The speakers were Dr. Noam Sobel, Chair of the Department of Neurobiology at the Weizmann Institute of Science in Israel; Dr. Jay Gottfried, a neurologist and neuroscientist at Northwestern University in Chicago; and Dr. Asifa Majid, Professor of Language, Communication, and Cultural Cognition at Radboud University in the Netherlands.

In the written program, the presenters explained that part of the reason the sense of smell has been designated to the bottom of the hierarchy of senses is historical. Philosophers such as Plato and Immanuel Kant associated smell with our base urges – in contrast to vision and hearing, which brought people into contact with the idealized world of music and mathematics. Animals need smell to "sniff" danger; humans walk upright and can see around them and express themselves in language.

Given the negative views of the sense of smell, coupled with the challenges of studying it, the science of smell is relatively new. Dr. Sobel read a quote by Alexander Graham Bell from 1914 that challenged science to understand smells.

Did you ever measure a smell? Can you tell whether one smell is just twice strong as another? Until you can measure their likeness and differences, you can have no science of odour. If you are ambitious to find a new science, measure a smell.

Dr. Sobel was awarded the Rappaport Prize in Biomedical Sciences for work in "uncovering brain mechanisms of smell perception, and applications which harness these mechanisms in the breakthrough development of devices which enable individuals with extreme neurological disabilities to control a computer, communicate with their environment, and even drive an electric wheelchair." 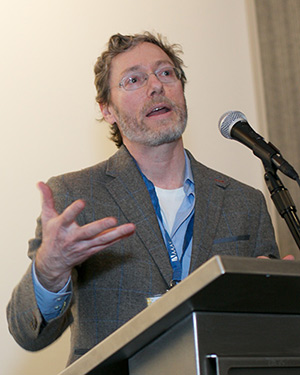 Neurologist Dr. Jay Gottfried noted that people are very poor at distinguishing smells, even with familiar odors and aromas:

Given a visual picture of an orange, people know what it is immediately. But we have shown in our labs that when the only cue is an odor, people are not very good at identifying what it is.

In experiments in his lab, Dr. Gottfried has shown that if you ask people to identify 10 common objects by sight, they can do it without a problem. But with the same number of smells and no sight, they might get about five right. "In tests on healthy subjects and in patients with primary progressive aphasia, Dr. Gottfried demonstrated the important role of the anterior temporal lobe and orbitofrontal cortex in bridging odor percepts with lexical-semantic representations in the human brain.

Language researcher Dr. Asifa Majid examines the relationship between olfaction and language among speakers of Jahai, a hunter-gatherer language spoken in the Malay Peninsula. "I was struck by how smell was the subject of everyday conversations," she said.

In experiments, Dr. Majid and her colleagues found that Jahai speakers were able to consistently describe smells in a way English speakers could not:

They didn't use phrases such as ‘it smells like a banana or a piece of bamboo.’ Their words were very precise and understood by the other person. In Jahai there are around a dozen different words to describe different qualities of smell. 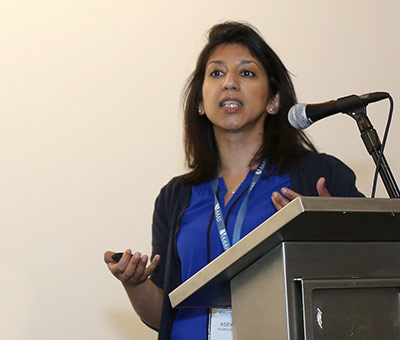 Dr. Majid is the 2015 winner of the Royal Netherlands Academy of Arts and Sciences and the Ammodo Award in Humanities, a prize worth €300,000. Her studies led her to the conclusion that there is not a biological limitation for our inability to name smells – culture matters too. "Jahai speakers have an elaborate vocabulary for smells that they use with fluency, she said. “This means that the inability to name smells is a product of culture and not biology."

During the discussion period, Dr. Gottfried said that "my patients who have lost the ability to smell often report being depressed."

Dr. Sobol said that although Westerners might undervalue the sense of smell, it is of vital importance in two key areas of our life: what we eat and who we choose to mate with.

David Levine (@Dlloydlevine) is co-chairman of Science Writers in New York (SWINY) and a member the National Association of Science Writers (NASW). He served as director of media relations at the American Cancer Society and as senior director of communications at the NYC Health and Hospitals Corp. He has written for Scientific American, the Los Angeles Times, The New York Times, More magazine , and Good Housekeeping, and was a contributing editor at Physician's Weekly for 10 years. He has a BA and MA from The Johns Hopkins University.