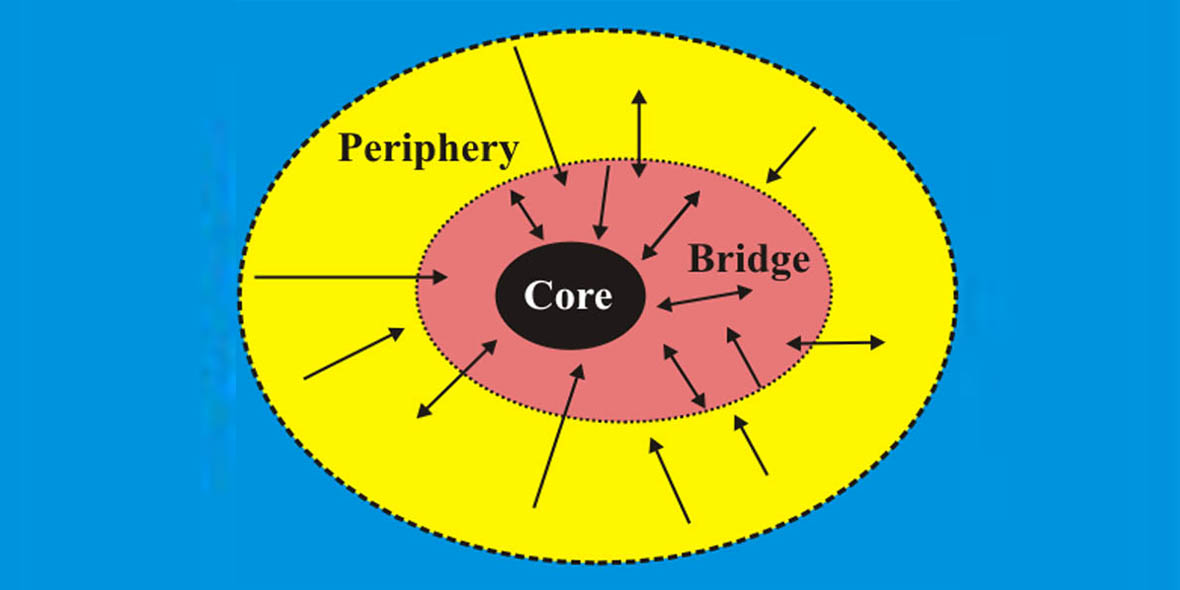 Diagram of the core model. (Source: Ibis Sánchez-Serrano: The Core Model: A Collaborative Paradigm for the Pharmaceutical Industry and Global Healthcare, Elsevier, 2019)

There is a global crisis surrounding healthcare. Healthcare provision is a major topic in almost every country, and it has been one of the foremost political issues in the US for the past few years. To address this situation, we need new thinking about how to organize our resources and use them efficiently.

The core model is just that: a new way of thinking about the pharmaceutical industry and global healthcare. It offers insights into how scientific collaboration happens in a specific structure that, if done correctly, could save time, labor and economic resources when developing a new drug. The understanding of this model and its application by the private and public sectors could help us solve the global pharmaceutical industry’s productivity problem and address important global healthcare and economic problems, such as having affordable access to high-quality innovative drugs.

The core model is a novel organizational and design paradigm for drug discovery and development, and it is also an economic theory for innovation and economic growth. As an organizational model for drug discovery and development — the focus of this article — this paradigm provides mechanisms for the efficient translation of innovation into commercial products to meet healthcare needs and bring socioeconomic benefits through systematic collaboration among the different parts of society involved in this process. As an economic theory, the core model brings under a single umbrella important economic concepts such as innovation, economic growth, trade, game theory and the theory of the firm; anthropological concepts such as leadership, collaboration and society; and legal concepts such as intellectual property rights.

The purpose of this theory is to explain how an economy-based society works: how knowledge is generated, expanded and translated into innovation and subsequently into technological and commercial applications that create wealth and bring progress and economic growth to society. Understanding and applying this model to the pharmaceutical industry and healthcare could have tremendous and revolutionary implications to address several important economic, social and legal issues such as the efficient management of science, innovation and technology; the current productivity crisis of the pharmaceutical industry; and the world´s healthcare crisis. As an economic theory, the core model could be extrapolated and used in other fields and industries.

Simply, according to the core model, society is divided into three main structures: the “Core,” the “Bridge” and the “Periphery.” 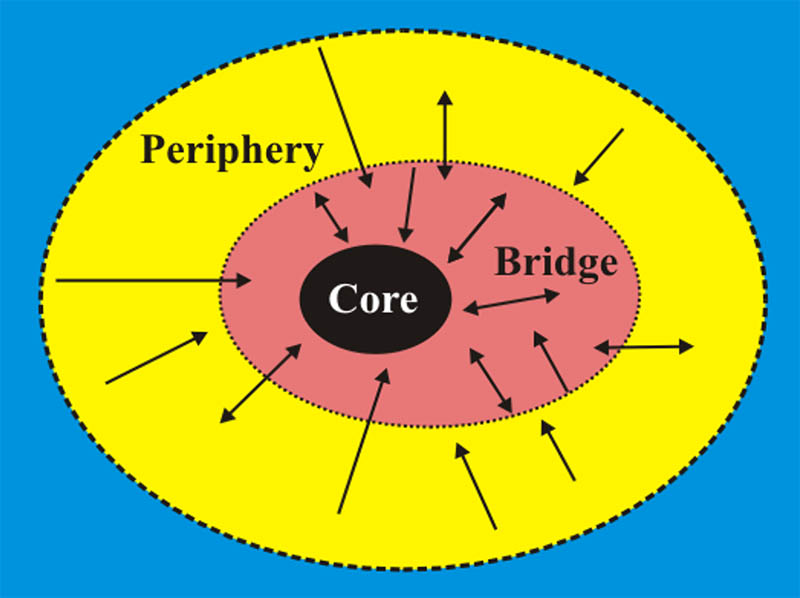 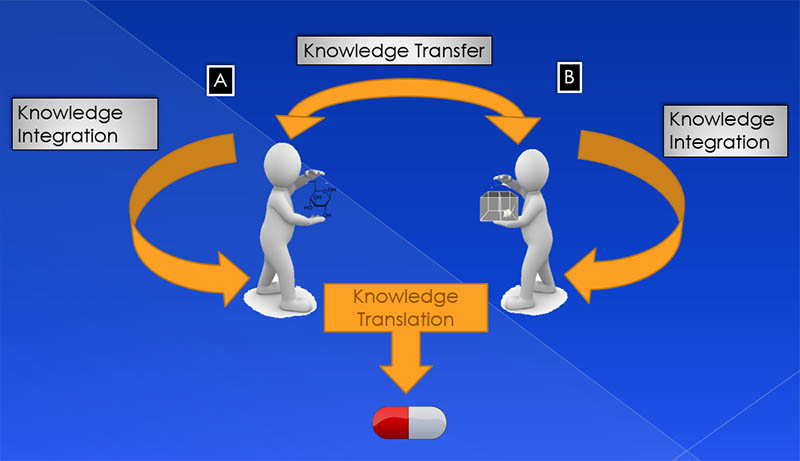 This can be illustrated through an example in the biotechnology field: the discovery and development of the anti-cancer drug Bortezomib by the Cambridge-based firm Myogenics/ProScript, as it is the quintessential example of the type of interactions and challenges in the biopharmaceutical industry. This drug was doomed to failure from the beginning, but thanks to the unintentional implementation of the core model, it became a success story unlike other countless well funded examples in the industry. In 2003, Bortezomib managed to reach the market in record time thanks to the “trade of assets” between academia and industry and between the public and private sectors, in a very systematic and effective way, as described in the core model (Figure 3). For instance, the company’s “Core” was formed by the founders, internal people and resources, and the drug “champions.” 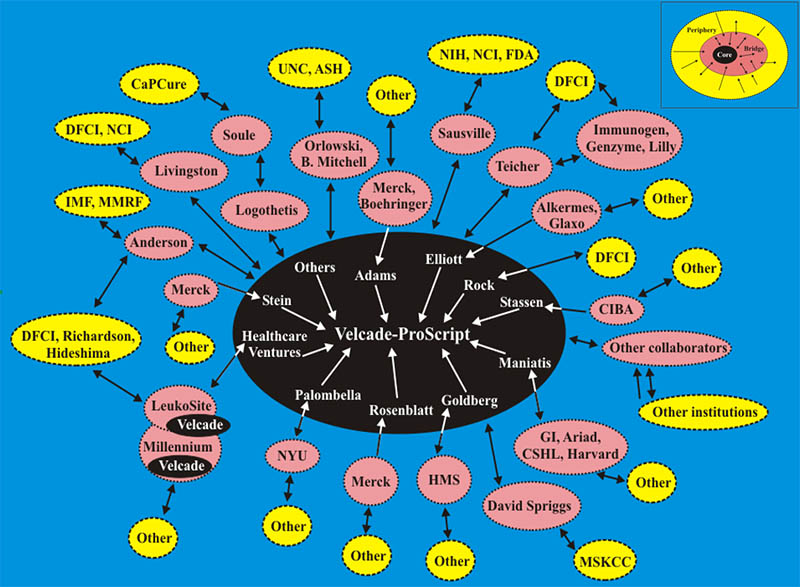 They were very focused on demonstrating the revolutionary therapeutic application of using proteasome inhibitors — and in this specific case, of boronates — based exclusively on the scientific data available and following the biology at every turn. From the beginning, the “Core” realized that given its extremely low economic and technological resources, it needed to acquire more knowledge about the effects of inhibiting the proteasome in vivo, and this could only be accomplished via collaboration and bi-directional interaction with academia and with external, non-competing scientists interested in similar mechanisms or problems. These external collaborators were crucial in securing further knowledge relevant to a better understanding of the biological mechanisms associated to the proteasome and its inhibitors while providing animal models and validation. They allowed the company to save an enormous amount of time, human capital, infrastructure, and money and — fundamentally — acted as a “Bridge” or “catalyst” between the “Core” and the “Periphery,” that is, all those public resources available in society to sponsor and foster innovation with the objective of creating economic and healthcare benefits for its members.

The “Periphery” includes federally-funded agencies, advocacy groups, philanthropic organizations, consortia, and regulators — all of which contribute with one or more of the following: additional funding for experiments, translational research, and clinical trials; state-of-the-art technological platforms; know-how; materials; access to patient populations; and drug-development advice, at no cost and without further need of private equity investment or debt, allowing a multitude of “Cores” and “Bridges” to greatly benefit from these readily-available socioeconomic resources.

Even though today some companies form collaboration in their programs, there is still a great deal of

secrecy and misunderstanding of intellectual property (IP), which hinders collaboration — essential for progress in science. In fact, no company, let alone a biotech startup with limited resources, can do everything on its own. Myogenics/ProScript carried out collaboration with outside groups exceptionally well, as explained by the core model, and so particularly benefited from these collaborations at crucial points, both when the company needed scientific knowledge to move forward and when it lacked the necessary economic resources.

My book The Core Model: A Collaborative Paradigm for the Pharmaceutical Industry and Global Healthcareillustrates numerous specific examples of the current use of the core model and the wonderful results it has had in academia, in the pharmaceutical industry, at the National Institutes of Health’s (NIH) level, at the Food and Drug Administration (FDA) front, as well as in projects such as the Human Genome Project and the Biomarkers Consortium, among many others, in which science and society have greatly benefited in a remarkable way. Outside the pharmaceutical industry, the core model has been recently used, among numerous examples, in Astrophysics by the Event Horizon Telescope (EHT) Project to obtain the first picture ever of a black-hole. An important finding in the core model is that it can be implemented in for-profit as well as a non-profit ways; for open-source innovation, as well for close-source innovation; for collaborative purposes as well as for competitive purposes. Furthermore, it reveals that intellectual property rights are not really needed for successful drug discovery and development for the benefit of society.

For the pharmaceutical industry, the implementation of this model necessitates all sectors involved in drug discovery and development to undertake the following:

The core model, as epitomized by the success story of Bortezomib, emphasizes the potential power of maximizing such collaborative approaches and is useful in providing insights to policymakers, scientists, investors and the public on how the process of drug development can be optimized, which should eventually lead to lower drug discovery and development costs, the creation of better, safer and more effective medicines, and affordable access to the best drugs, including those for neglected and orphan diseases in developed countries and also worldwide (figure 4). 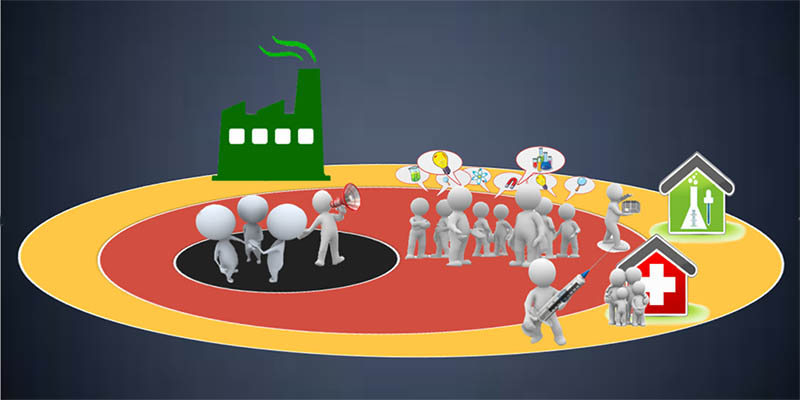 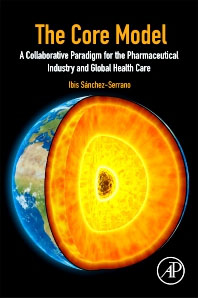 The Core Model: A Collaborative Paradigm for the Pharmaceutical Industry and Global Healthcare (Academic Press/Elsevier, 2019) develops the innovative core model, an organizational research and design paradigm and economic theory that proposes a collaborative approach to resolving global health issues and improving the productivity of drug development. The model proposes that scientific collaboration does not occur in an unstructured manner, but actually takes place within a highly structured order where knowledge is transferred, integrated and finally translated into commercial products. An understanding of this model will help solve the global pharmaceutical industry´s productivity problems and address important global healthcare and economic issues. 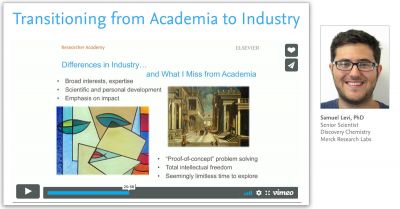 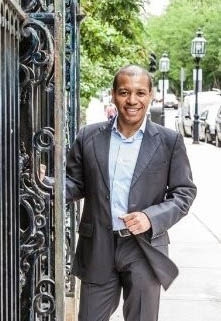 Ibis Sánchez-Serrano is a world-leading expert on global healthcare, pharmaceutical innovation, and translational science policy. He is a member of the Editorial Board of the journal Gender & the Genome and has written two books, The World’s Health Care Crisis: From the Laboratory Bench to the Patient’s Bedside (Elsevier, 2011) and The Core Model: A Collaborative Paradigm for the Pharmaceutical Industry and Global Health Care (Elsevier, 2019). Sánchez-Serrano has built a reputation among important international government bodies as an expert on the world’s healthcare crisis and the relevant solutions. He is a frequent speaker on global healthcare and pharmaceutical development. He has received international recognition for his work on global healthcare, including a Fulbright Recognition Award, and media coverage including CNN, C-SPAN, UNIVISION, EFE Agency, and Deutsche Presse Agentur. He is the President of The Core Model Corporation, a healthcare and pharmaceutical start-up. 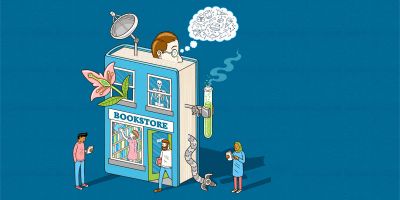 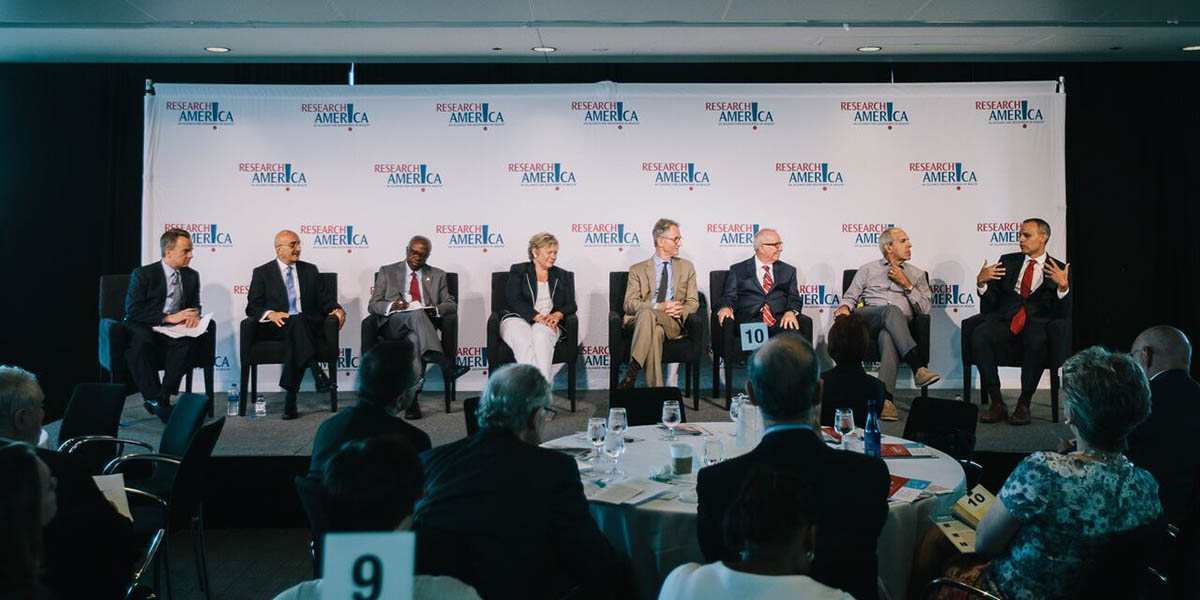 “This will change pharma as we know it” – What will fuel innovation in healthcare?

In the global health care crisis, pharma is crucial