Using game theory to predict people’s behavior in an epidemic 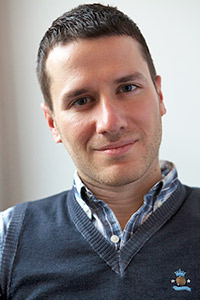 Amathematical model that helps us understand how people’s behavior affects thespread of a disease during an epidemic is the 2015 winner of The Bellman Prize. The authors — Dr. PieroPoletti, Dr. Marco Ajelli and Dr. Stefano Merler — designed a mathematicalmodel based on game theory that reveals that information is the key toinspiring the right response during an epidemic.

Elsevier is providing free access to the new winningarticle until July 20, 2016: “Risk perception and effectiveness ofuncoordinated behavioral responses in an emerging epidemic.”

Here,the authors of the winning paper write about the research behind it. 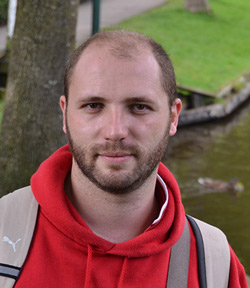 The front pages of newspapers scream out terrifying warnings: “Epidemic could kill millions,” “Don’t go out, say experts,” “One in two people will be infected,” and people are getting scared. It has been a week since the start of the 2009 influenza epidemic,  and researchers around the world are tracking the course of the disease, watching it cross borders and spread through the population. They’re busy predicting what will happen next and how bad it will get.

Epidemiologists take many different factors into account to predict the outcome of an epidemic, such as the severity of the disease, its transmission rate and illness duration, contact and human mobility patterns. They also make certain assumptions about the way people will behave during an epidemic,  classifying people into two main groups: responsive and non-responsive. The responsive people will take measures to limit their risk of infection, for example, avoiding busy public places or taking antiviral medication, while the non-responsive people will continue as normal without changing their behavior.

What this approach misses is the fact that people’s behavior changes during the course of an epidemic. They’re faced with scary newspaper headlines, and may be exposed to more and more infected people. Assuming that people’s behavior is static throughout an epidemic could be giving  us inaccurate predictions, so we devised a mathematical model that takes behavioral changes into account.

People’s behavior can be unpredictable 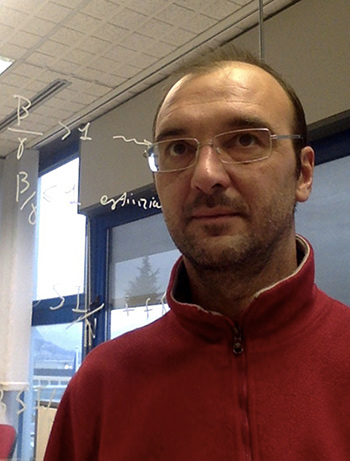 Individuals react to epidemics in a way that’s not coordinated by public policymakers. The way people perceive risk – how likely they think they are to be infected – depends on the severity of the disease and how much it spreads through the population. Risk perception is not static,  and it affects the way people behave; individuals will behave according to how at risk they think they are.

This changing risk perception is specific for each disease. Consider the 2009 pandemic of H1N1 influenza – swine flu. Early on, the mass media reported huge potential risks, claiming that infection rates would be extremely high and that the severity could be worse than first thought. Panic ensued,  and the public reacted by taking precautions and behaving responsibly. But as the pandemic continued, it became clear that the severity was not as high as expected, so risk perception fell. This meant people who were previously reactive became non-reactive.

Conversely, at the start of the current Ebola epidemic, there was less widespread media attention and people were not very aware of the disease. Because of this, perceived risk was lower at first, so people were less reactive and did not comply with policy. As the epidemic unfolded, it became clear  that Ebola is a severe disease, so risk perception changed, causing people to behave in an increasingly responsible way. We think that individual behavior played a crucial role in the epidemic, and could explain why Ebola was eliminated quickly in some regions and not in others.

Panic eventually spreads beyond the real risk of being infected, so to understand how an epidemic progresses, we need to think about the dynamics of infection in combination with these behavior changes. You can look at behavioral responses to an epidemic as a kind of survival strategy, so we decided  to apply game theory – studying strategic decision-making – to model the behavior. 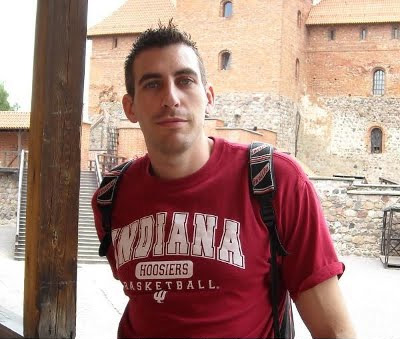 In this context, individuals change their behavior based on that of other people around them, and on their perceived risk of getting infected. People tend to change their behavior if they talk about the risk with people who think and behave differently. Because of this, the biggest changes in behavior  happen when you have an equal division of reactive and unreactive people.

When there’s no epidemic, everyone behaves normally. In the event of an outbreak, changing behavior will be costly in some way – perhaps people stay home from work or avoid crowded environments, change their commute or buy preventative medication. But there’s also a payoff: people  who change behavior are less likely to be infected. At a certain point in the epidemic, those people have an advantage in the population, and others begin to copy their behavior.

We applied game theory to these dynamics and produced a mathematical model that shows how people’s responses can affect the spread of a disease during an epidemic. We found that reducing the number of people an individual is in contact with, even by a small amount, can make a difference to the  spread of disease. We also found that people are more responsive when the symptoms of the disease are more evident, like coughing and sneezing.

The case of vaccination

Human behavior doesn’t always reducerisk of infection – it can have a paradoxical effect. In the case ofvaccination, the more successful a campaign is, the less prevalent the diseasebecomes, therefore lowering the perception of risk. This can lead people torefuse a vaccine, assuming their risk of infection is so low it isn’t needed.We have seen several recent outbreaks of diseases that were almost eliminatedbecause of this, such as the diphtheria outbreak in Spain and measles outbreaksacross Europe and the US. The best way to address this, according to our model,would be to inform the public about the real risk of infection so theirbehavior is not informed only by their perceived risk of infection.

One of the other things our modelrevealed is that when accurate information about the infection is disseminatedquickly, people’s responses to the information are effective and can limit thespread of a disease. The effectiveness of a response depends on the disease,and the best thing to do is not always clear. When information is available andcommunicated quickly, people are more likely to act in the right way.

Therefore, if policymakers orauthorities make information available as fast as possible, perhaps throughalerts or announcements, this will result in a better, more effective responsein the population. At the moment, there isn’t a lot of real data on howpeople’s responses really affect an epidemic, but our model suggests behaviorhas a big impact.

On this topic, we’renow looking for real data about behavior to produce more realistic models thatlook at what did happen rather than what could happen. We want to focus onspecific situations, and the current Ebola epidemic could be one of the caseswe examine and quantify. 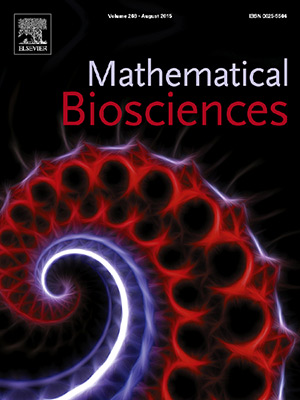 Mathematical Biosciences is an internationaljournal publishing research and expository papers on the formulation, analysisand solution of mathematical modelsin the biosciences. The journalserves both mathematicians involved in solving model equations or in reaching conclusions that aretestable in the real world, and biologists who are interested in formingmathematical models of biological processes and systems. Read more.

Dr. Marco Ajelli has BE and MScdegrees in mathematics, and a PhD in Information and Communication Technologyfrom the University of Trento. He currently holds a permanent position asresearch scientist at the Bruno Kessler Foundation in Trento, Italy. Since 2008he authored 35+ research articles in peer-reviewed journals. His main researchfield is computational epidemiology. Specifically, his researches aim atimproving the understanding of the epidemiological factors and host characteristics(such as mobility, socio-demography, spontaneous behaviors) driving thedynamics of infectious disease in human populations. A key practical focus isthe analysis of intervention strategies aimed at limiting the spread ofinfectious disease, keeping in mind the final goal of informing public healthdecisions both in real-time and for preparedness planning.

Dr. Stefano Merler isa mathematician and his main research interests are theoretical andcomputational epidemiology. He joined the Bruno Kessler Foundation (FBK) inTrento, Italy in 1999 and now holds a permanent position as Senior Researcher.Before that he was a researcher at the Centre of Alpine Ecology (1995-99). Heleads the Dynamical Processes in Complex Societies (DPCS) research unit at FBKsince 2007 contributing to research in mathematical and computational modelingof infectious diseases transmission, epidemiology and population ecology. Dr. Merleris author of about 80 academic papers.

Dr. Piero Poletti received his MSc degree and PhD in Mathematics from the University of Trento.He currently holds a postdoctoral position at the Dondena Centre for Researchon Social Dynamics and Public Policy, Bocconi University in Milan, Italy. Hismain research interest is the analysis of the effect of individual behavior onthe spread of infectious disease in human populations, through mathematical andcomputational models. Specifically, his work aims at improving theunderstanding of infectious disease dynamics and at investigating the impact ofdifferent sources of human heterogeneity in mixing and behavioral patterns(such as social attitudes, risk perception, socio-demographic components) onthe spread of epidemics. A practical impact of his research is related to thesimulation and evaluation of alternative intervention strategies to inform thedesign of public health control policies.