Today we celebrate one of mankind’s strongest addictions: romantic love. An addiction, because romantic feelings activate our brains’ reward system, making us experience symptoms like “craving, tolerance, emotional and physical dependence, withdrawal, and relapse,” Dr. Helen Fisher, one of the best-known researchers in the field of romantic love, found. These feelings are strongly influenced by different hormones, such as testosterone and estrogen, but also adrenaline, serotonin and dopamine.

Last year, we created an infographic of “Cupid’s Chemicals,” the different hormones that are involved in the process of falling in love. Using Elsevier’s Scopus data and SciVal, we analyzed the research that has been carried out in the past five years for each of those hormones.

This year, our team took another look and uncovered more fascinating data.

Brain scans have shown that romantic love triggers the brain’s reward system, and, more specifically, the dopamine pathways that are associated with energy, focus, motivation, ecstasy, and craving. SciVal data shows that in the past five years, there have been nearly 30,000 publications that mention dopamine.

Other hormones involved in romantic feelings are vasopressin, which constricts blood vessels, oxytocin, known as the “cuddle hormone” due to its role in the bonding process, and adrenaline, which causes the “fight or flight” response by increasing the heart rate and blood pressure, among other responses. Dopamine and adrenaline are important for the “lust” stage of falling in love, while vasopressin and oxytocin are important for attachment. All these hormones are important in – hopefully – the end result of this process: loving someone.

The scholarly output for these last three hormones is a lot lower than that of dopamine research, the below graph shows, as each of the three were mentioned in 800-1000 publications.

One explanation for the extensive amount of research into dopamine is that it plays an important role in a lot of neurological processes. For example, Parkinson’s disease and attention deficit hyperactivity disorder (ADHD) are linked to decreased dopamine. An increase in dopamine, on the other side, can lead to addictions. Several drugs, including cocaine, ecstasy and Adderall, all raise dopamine levels. The graph below shows some key terms related to studies that mention dopamine and love.

Elsevier's Research Intelligence solutions address the most pressing challenges researchers and research managers face, with innovative tools that improve an institution's and individual's ability to establish, execute and evaluate research strategy and performance. 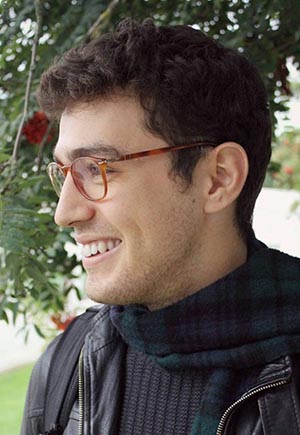 Alessandro Amato is an intern with Elsevier’s Research Intelligence marketing team, based in Amsterdam. He is also a Masters student at the University of Amsterdam within the Erasmus Mundus program Journalism, Media and Globalisation. He has a passion for data visualization and design, and his studies and past experiences encompass different fields and publications such as Vice Media. 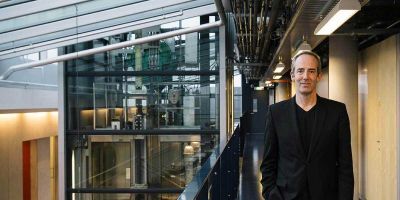 How smart data can lead to serendipitous discovery 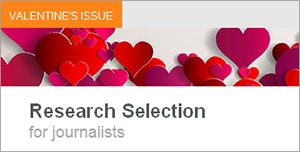 All about love (from the view of scientists)

Anthropologist and love expert Helen Fisher on the mysteries of love