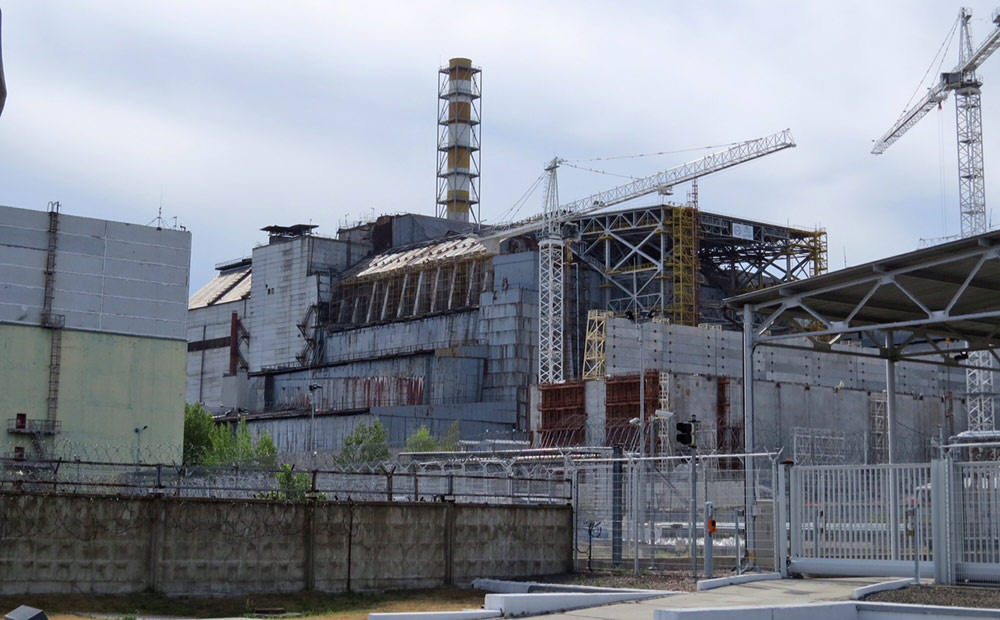 At 1:23 on April 26, 1986, an experiment was started at reactor number 4 of the Chernobyl Nuclear Power Plant in northern Ukraine (then part of the USSR). The purpose was to investigate reactor safety in the event of failure of the main electricity supply to the plant. Less than a minute after the start of the experiment, there was a steam explosion, which blew the lid off the reactor and resulted in the largest accidental release of radioactivity into the environment in the history of nuclear power production. The exposed reactor core continued to burn for about 10 days, with continued releases of radioactivity to the atmosphere.

As well as huge contamination in the local area, a radioactive plume was transported over large areas of Europe, with the highest depositions of radioactivity at distances from the NPP being due to wet deposition in rainfall.

Between April 27 (when the 44,000 inhabitants of Pripyat, about 3 km from the power plant, were evacuated) and May 6, the entire population of what has become known as the “30 km zone” was evacuated. In total, approximately 116,000 people were initially evacuated from an area of about 3,500 km2. Subsequently, the number of evacuees rose to around 350,000, with affected areas in Ukraine, Belarus and Russia. Many of those areas evacuated remain abandoned today.

A population of about 6 million people in Ukraine, Belarus and Russia were living in areas that were officially designated as “contaminated” (>37 kBq 137Cs m−2); 640 settlements with approximately 270,000 people had in excess of 555 kBq 137Cs m−2. Consequently, the accident led to wide-scale remedial actions being applied in these former Soviet Union countries both in food production systems and also to decontaminate some settlements.

Outside the USSR, long-term remedial measures were put in place on animal production systems in Scandinavia and the United Kingdom. In some areas in Scandinavia, the culture and lifestyle of the reindeer herding Sámi people was threatened. 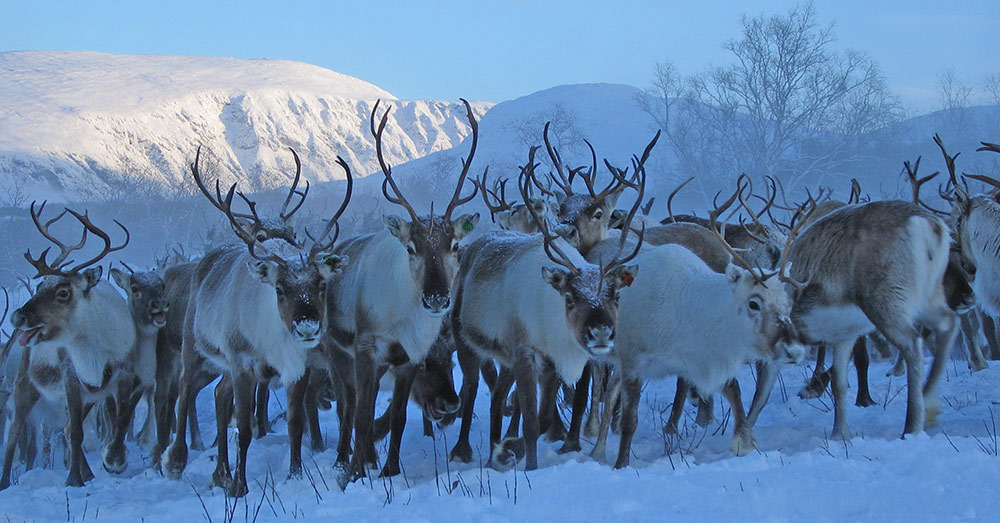 The Chernobyl accident led to a large resurgence in radioecological studies to aid remediation and to be able to make future predictions on the post-accident situation, but also in recognition that more knowledge was required for future accidents. In this article selection, we have chosen 30 key papers published in the Journal of Environmental Radioactivity.

While necessarily excluding many important papers, in our view, the papers selected cover a number of crucial radioecological questions with a focus on advances made by research conducted following the Chernobyl accident. The areas we identified as being significantly advanced were:

All articles are freely accessible until October 6, 2016. The selected papers are listed in the full editorial with a short note as to why we selected each. 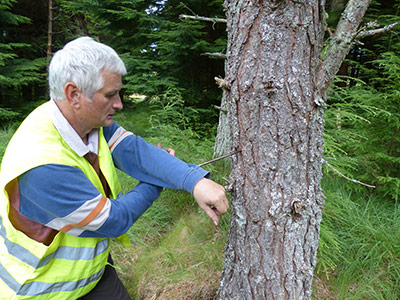 Dr. Nick Beresford leads the Environmental Contaminants Group at the Centre for Ecology & Hydrology’s Lancaster site. He has been a radioecologist for over 30 years and has published more than 160 refereed papers. Much of his research has been on issues around the Chernobyl accident, including studying: the behavior of radiocaesium in the upland UK sheep farms restricted after the accident; pathways of human exposure in Belarus, Ukraine and Russia; exposure of, and effects on, wildlife in the Chernobyl Exclusion Zone. With Jim Smith he co-authored a major book on the accident, Chernobyl: Catastrophe and Consequences. Nick is currently assisting both the International Commission on Radiological Protection and the International Atomic Energy Agency in the development of methodologies to assess the risk of radiation on wildlife. He is an assistant editor of Elsevier’s Journal of Environmental Radioactivity and an Honorary Professor at the University of Salford. Follow him on Twitter: @Radioecology. Dr. Sergey Fesenko graduated from Moscow Physics and Power Engineering Institute in 1978 as a physicist specializing in radiation protection and radioecology. Conducting his PhD studies, he was involved in assessments of the consequences of the Kyshtim accident. From 1983 to 2004, he worked at the Institute of Agricultural Radiology and Agroecology. Since 1986, Dr Fesenko has been involved in the evaluation of the impact of the Chernobyl accident on agriculture and forestry and the justification of corresponding countermeasures and remedial actions. This research culminated in him being awarded the State Prize of the Russian Federation. Since 2004, Sergey Fesenko has been working at the IAEA, coordinating of international activities, projects and initiatives on radioecology and environmental remediation. 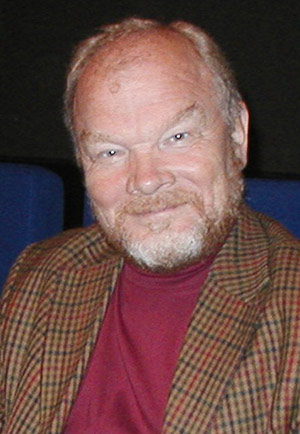 Dr. Alexei Konoplev is a project professor at the Institute of Environmental Radioactivity, Fukushima University , Japan. Immediately after the Chernobyl accident he was a member of a working group of scientists who provided the prediction of the secondary radioactive contamination of surface waters in contaminated areas for the Soviet government to take a decision on water protection. In December 1986 the government awarded him a medal for this work, “For Labour Valour.” Since 1986 he has been involved in a number of national and international projects on behaviour of Chernobyl-derived radionuclides in the environment. From 1999 to 2013 he led the Centre for Environmental Chemistry at RPA “Typhoon” in Obninsk, Russia. Following the Fukushima accident, he applies the post-Chernobyl experience and knowledge to the behaviour of Fukushima-derived radiocesium and understanding of Fukushima-Chernobyl similarities and differences. He works with IAEA, FAO, WMO and UNEP as an expert on the behavior of wide spectrum contaminants in the environment. 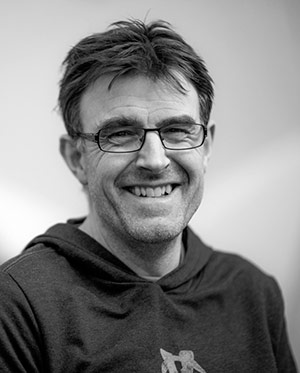 Dr. Lavrans Skuterud is senior scientist at the Norwegian Radiation Protection Authority (NRPA) who has worked with the consequences of the Chernobyl accident for more than 25 years. He has solid experience in long-term radioecological studies in natural environments (soil-plants-animals), practical countermeasure application/guidance in agriculture and animal husbandry, evaluation of permissible levels in foods, monitoring of radioactivity in affected populations, dietary surveys and advice regarding radiocaesium intake. Skuterud’s work has mainly focused on the situation in Norway, but he has also been involved in various European projects and activities in Russia, Ukraine and Belarus. Since 2011 he has been involved with the consequences of the Fukushima accident as consultant and expert for FAO, IAEA and WHO – and with the ICRP dialogue seminars in Japan. Follow him on Twitter: @LavransSkuterud.

Dr. Jim Smith is Professor of Environmental Science at the University of Portsmouth. He is an expert in modelling radioactive pollution in terrestrial and freshwater ecosystems. He has 25 years’ experience in this field, having coordinated three multi-national projects on the environmental consequences the Chernobyl accident and regularly works in the Chernobyl 30-km Zone. He is joint author of a major book on the accident, Chernobyl: Catastrophe and Consequences, and has published 89 papers in the refereed scientific literature. He was a member of the International Atomic Energy Agency Expert Group on remediation of the Chernobyl cooling pond and is former Chair of the UK Coordinating Group on Environmental Radioactivity. He currently leads research on the effects of radiation on aquatic ecosystems within the UK Natural Environment Research Council Radioactivity and the Environment programme. 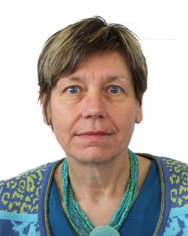 Dr. Gabriele Voigt is founder and co-Director of r.e.m. (Radiation, Environment, Management) – cognitive radioecology and is presently involved in radioecology in arid areas. In the 1980s, Dr. Voigt worked at the Federal Health Office, Institute of Radiation Hygiene and the Radiation Protection Institute in the GSF-Research Center for Environment and Health in Neuherberg, Germany. In 2002, she was appointed director of the IAEA Laboratories in Seibersdorf in the Department of Nuclear Sciences and Applications, where she was responsible for the terrestrial Environment and Remediation Programme. In 2010 she transferred to the Department of Safeguards as director of the Office of Safeguards Analytical Services until 2015, when she retired from the IAEA. Dr. Voigt is a member of several international scientific organizations, including INMM, Women in Nuclear, the Swiss-German Fachverband fuer Strahlenschutz and the International Union of Radioecology (IUR). She is an editor of the Journal of Environmental Radioactivity.