The number of women in engineering, physics and computer science – and other areas of knowledge and innovation – is on the decline

A 2012 report on Gender Equality in the Knowledge Society found the number of women in the science, technology and innovation fields "alarmingly low" in the world's leading economies, including the US.

Women have long been fighting to be recognized in the same light as men. Although the past few decades have seen fundamental growth in gender equality, the reality is that equal opportunity is still a challenge for women in certain disciplines in various countries.

India, for one, is making slow progress in regard to advancing women in science. This is evident in country reports conducted last year.

In a series of gender benchmarking studies, the opportunities and obstacles faced by women in science in emerging countries were examined. Key findings were summarized in country reports. Besides India, country reports for the US, European Union, South Africa, South Korea, Indonesia and Brazil were also conducted; Brazil's findings were shared in an Elsevier Connect article last year.

The seven reports were conducted by experts in international gender, science and technology issues from Women in Global Science and Technology (WISAT) and the Organization for Women in Science for the Developing World (OWSD) and funded by the Elsevier Foundation.

India ranks the lowest overall of the countries in this study, with low rankings in female participation in the labor force, access to resources, participation in the knowledge economy, and health status. Less than 15% of women have access to their own bank account, and females hold less than a third of available administrative and managerial positions.

Gender-disaggregated data is collected in fewer of the indicator categories than any other country except Indonesia, and not consistently collected.

India ranks fifth in health, due primarily to lower life expectancies and comparatively high rates of child and maternal mortality. Access to health care has increased as a result of targeted government efforts and the use of Information and Communications Technologies (ICT) to bring health care to remote areas, although more needs to be done. Overall, rates of infectious disease such as malaria are declining, and the number of people living with HIV/AIDS is dropping.

Last in social status for girls and women, India has a male-female ratio at birth of 112 in favor of males, compared to the global average of 106. This trend is the result of sex-selective abortion practiced in the country. Autonomy in decision making is still based strongly in cultural systems, to the disadvantage of females. In the age group of 15 to 19, 46% of females are not involved in any kind of decision-making relating to household purchases, health care or visits to friends and relatives.

As of 2010, overall crimes against women are on the rise, with increases particularly in rape, kidnapping and molestation, and decreases in prostitution traffic and indecent representation of women. Women work longer hours than men: while men work longer at paid work, they spend about 3.6 hours in household- and care-related activities compared to 34.6 hours for women.

Women's participation in the formal labor force is much lower than men's, at 29% compared to more than 80%. Agricultural labor force participation remains high, with substantially (nearly 20%) more women than men working in this sector (65% to 46%). The percentage of women working in agriculture is among the world's highest, although figures for both men and women are falling, reflecting global trends. 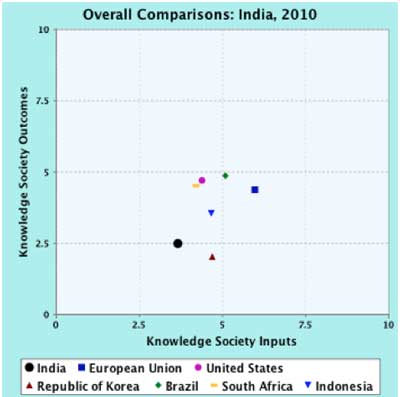 Nevertheless, at 65%, self-employment and informal employment remain major sources of income for women. All of these trends likely contribute to the low ratio of female to male wages, with women earning 31% of the wages paid to men for equivalent work in 2010.

Indian legislation supports women's financial independence to a moderate degree. Several laws guarantee women's access to land and property other than land, but these laws are often ignored, as are those pertaining to women's access to bank loans. For example, although women have equal rights to independent bank accounts, only 15% exercise this right.

As of June 2011, overall telephone coverage was at 73.97% and mobile coverage at 71.11%. While there is no systematic collection of sex-disaggregated data on computer or cell phone use, some data indicate 11% of working women, 6% of non-working women and 2% of housewives use the Internet, indicating the socioeconomic factors which influence women's access to ICT.

Electricity for domestic use in 2008-09 increased to 75% from 64% in 2002. However, geographical coverage breaks down to 96% in urban areas and 66% in rural. The total electrification rate was 64.5%, urban 93.1% and rural 52.5%. There are no sex-disaggregated data available, but according to the UN, in 2010 the proportion of households using solid fuels for cooking was 31% in urban areas and 90% in rural areas – indicating the need for concerted efforts to improve access to clean and affordable energy for household use.

Female representation in Parliament and ministerial positions stands at 10% or lower in the past 10 years. However, at the village (panchayat) level, women make up 36% to 37% of the three tiers of Panchayati Raj, providing leadership and serving as role models for both young and older women in the rural areas.

The literacy rate improved by 65% in 2001 to 74% in 2011, with female literacy improving from 45% to 51% – from 224 million to 334 million – still a very high rate of illiteracy. Educational enrollments for girls and females have increased dramatically, particularly at the primary level, where India has recently achieved gender parity and universal enrollment. Gross enrollment ratios for females and males drop to 60% and 66% respectively at the secondary level (2010), and to 15% and 21% at the tertiary level. Quality of education is not consistent across the country.

With the principle of gender equality enshrined in the Indian Constitution, India has signed and implemented a number of national and international conventions and laws relating to the rights of women, including the UN Convention on the Elimination of All forms of Discrimination Against Women (CEDAW). 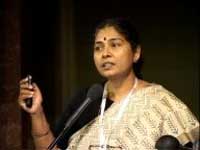 The lead researcher for the study in India was Dr. Sudha Nair of the Gender Advisory Board of the United Nations Commission on Science and Technology for Development."The study was timely and unique," she said. "The report will help policy makers to design better programs, to be more inclusive in their development approaches, and address the need to get gender-disaggregated data."

In 1992, a National Commission for Women was established, and in 2001, the National Policy for the Empowerment of Women was established. The National Mission for Empowerment of Women (NMEW) was launched by the government of India on International Women's Day in 2010 with the aim to strengthen overall processes that promote all-around development of women. It has the mandate to strengthen inter-sectoral cooperation and facilitate coordination of all women's programs across ministries and departments.

Participation on corporate boards is abysmally low at 4%. Government data indicates that only 26% of listed companies in India (392 of 1,500 firms) have appointed a woman to their board. This rate of representation is echoed in the national science academy, with a slight increase of 2.8% in 2000 to 5% in 2010.

Women in the knowledge economy

Despite its low ranking in knowledge society decision-making and the low rate of females in higher education, India shows a relatively high representation of females in administrative and managerial positions at 28%. Additionally, 28% of the IT workforce is female — again a high ratio compared to other sectors in the country and to other countries.

India ranks highly in female representation in science and engineering enrollments, at around 65%, with numbers increasing to 80.4% in the biological, medical and life sciences (including nursing and ayurvedic professions). While female representation in engineering and physics dropped to 32% to 35.8% in 2005-07, this is still the highest rate of the countries studied.

However, representation dropped to 12.7% of the science and engineering workforce overall. The representation of females in the S&E workforce corresponds to the number of female researchers in all disciplines: 12.5% (2005). The participation of women in the formal entrepreneurship sector in the country is very low: less than 10%. This figure fails to take into account the vast numbers of women engaged in small and micro enterprise and livelihoods activity, a sector that comprises a major portion of female employment (65%) in Asia overall.

While India's enabling policy environment, which has been in place for many years, is very positive, implementation and funding needs to increase substantially before women can equally benefit from the innovation advantage.

At the same time, there are definite signs of progress. For example, India has achieved universal primary education enrollment. An obvious strategy to begin to close the gap is to ensure that women in in India are given the necessary support to improve their health  gain access to resources and opportunities, and develop capacity to contribute to India's knowledge.[divider] 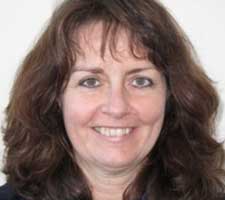 Dr. Sophia Huyer is Executive Director of WISAT and affiliated with the Gender Advisory Board of the UN Commission on Science and Technology for Development (GAB-CSTD). She was a main contributor to the 2011 UN Conference on Trade and Development (UNCTAD) report

Applying a Gender Lens to Science, Technology and Innovation, as well as the 2007 UNESCO International Report on Science, Technology and Gender. She co-edited Cinderella or Cyberella? Empowering Women in the Knowledge Society, published by Kumarian Press in 2006 with Dr. Hafkin. She is currently leading the OWSD-WISAT project on National Assessments in Gender and STI funded by the Elsevier Foundation and the Swedish International Development Agency (SIDA).

Recently inducted into the Internet Society's Internet Hall of Fame, Dr. Nancy Hafkin played a key role in developing Africa's ICT (information and communication technologies) infrastructure through her work with the UN Economic Commission for Africa. She also worked with the Association for Progressive Communications to provide email connectivity to more than 10 countries there. In 2006 she co-edited Cinderella or Cyberella: Empowering Women in the Knowledge Society with Dr. Huyer, and in 2012 she authored a chapter on gender issues for Accelerating Development Using the Web: Empowering Poor and Marginalized Populations, edited by George Sadowsky.