Smelly laundry? It’s all down to chemistry

Does your laundry smell fresh when it comes out of the washing machine? (Photo by Workandpix CC0 Public Domain via Pixabay)

Washing clothes is a normal everyday chore. We invariably purchase the same washing powder, liquid or tablet based on either our brand loyalty or a special offer that can save us money. Our perception of cleanliness is often influenced by smell – the perfume that emanates from freshly laundered clothing. If our clothes smell bad, this can result in personal negativity from others or towards ourselves, so this simple, routine chore can dramatically influence our psychological wellbeing. 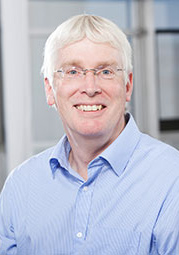 Personal malodor is caused by bacteria on the skin breaking down sweat, skin cells and gland secretions to produce chemicals called volatile organic compounds (VOCs). We expect our clothes to come out of the washing machine smelling good, but that doesn’t always happen; laundry can sometimes come out of the machine with a characteristic bad smell.

Several factors may be involved here, including the drying environment, bacteria growing in the machine and producing molecules and human odor. Washing machines are also prone to build-up of biofilms – bacteria growing under a protective layer – but this has not been studied extensively. Especially at lower washing temperatures, these can be difficult to tackle.

We wanted to find out more about what makes laundry smell, and to what extent washing at low temperatures can eliminate bad odor, so we developed an innovative new approach to analyzing the VOCs in clothing samples. Published in the Journal of Chromatography A, our findings will help researchers determine the most effective way to wash clothes.

This article was published open access. Elsevier is a leading open access publisher and has a range of open access options. Working together, we can achieve a more inclusive, collaborative and transparent world of research. We believe open science can benefit research and society and drive research performance.

When we wash our clothes, we generally use a washing machine and washing detergent. Detergents have two purposes: to remove dirt (which is achieved with surfactants) and to add perfume.

The laundry process itself can be split into two phases: washing and drying. Machine washing involves chemical and physical processes, and it can be further split into three phases: pre-wash (with water only), wash (with detergent) and post-wash (when the clothes are still damp in the machine).

Considering that bacteria are responsible for the VOCs that make our clothes smell, it may be more effective to wash the clothes at a higher temperature. However, consumers’ awareness of the ecological impacts of washing – such as the temperature of the wash – is increasing. If we can understand more clearly what makes laundry smell, we can test the effectiveness of different approaches to washing, including at cooler temperatures.

Typical underarm sweat, which is often considered the cause of body odor, doesn’t smell itself; the odor is caused by bacteria on the skin – Corynebacterium and some Staphylococcus species – that break down the sweat and produce the VOCs that cause clothes to smell. We developed an innovative new method to identify these VOCs at different stages of the washing process.

We asked six male and two female volunteers to wash their feet with tap water and dry them before putting on a new pair of socks for at least 10 hours, wearing a specified type of shoe. They then put each sock into a separate sample bag and stored them in the dark overnight. We also gave nine men a t-shirt to wear for two to three hours while taking part in a five-a-side soccer tournament. After the tournament, the t-shirts were bagged separately and refrigerated.

For the analysis, we first did a sniff test to see how much the items smelled: we graded each sock and t-shirt on a scale of 0 (no malodor) to 10 (very malodorous). We took samples from the toe, ball and heel of the socks and from under the arm of the t-shirts to analyze the VOCs that were causing the smells.

After sampling, we washed the t-shirts and socks in a Tergotometer – a lab machine made up of several miniature washing machines – at 20˚C, using non-perfumed detergent. We tested samples for VOCs after washing while they were still wet and, for the t-shirts, after drying.

Both the socks and the t-shirts became significantly less smelly after washing, with the concentration of the VOCs reduced by between 16 percent and 100 percent, and reductions at each stage of the washing process.

Now that we’ve developed a way to identify the VOCs contributing to bad laundry smells, researchers will be able to analyze clothing before, during and after different washing processes to work out what is most effective at reducing odor.

The work is fascinating as it links an everyday event – the washing of clothes – with cutting-edge research. The need to conserve the environment by reducing the wash temperature and the use of biodegradable washing products has grown in importance in the new millennium, making this type of research more high-profile.

In this particular research project, we applied a new and innovative analytical technique for the detection of volatile compounds found in laundry items. We hope this provides a way of analyzing the effectiveness of different washing techniques.

The Journal of Chromatography A provides a forum for the publication of original research and critical reviews on all aspects of fundamental and applied separation science. The scope of the journal includes chromatography and related techniques, electromigration techniques (e.g. electrophoresis, electrochromatography), hyphenated and other multi-dimensional techniques, sample preparation and detection methods such as mass spectrometry. Research papers deal mainly with the theory of separation methods, instrumental developments and analytical and preparative applications of general interest.

Dr. John R. Dean, PhD is Professor of Analytical and Environmental Sciences at Northumbria University. He obtained a BSc Hons in Chemistry from UMIST, University of Manchester, and an MSc in Analytical Chemistry and Instrumentation from Loughborough University. These were followed by a PhD, DIC from Imperial College London, under the supervision of Professor R.D. Snook. Postdoctoral research followed on speciation studies of organometallics in foodstuffs at the Ministry of Agriculture, Fisheries and Food. Subsequently John worked in various roles at Northumbria University, and in 2004 he was awarded a personal chair. In 1998 he was awarded a D.Sc. (London) in Analytical and Environmental Science and was the recipient of the 23rd SAC Silver Medal in 1995. He has published extensively in analytical and environmental science with over 190 published refereed journal papers, reviews and books.