How patients experience posttraumatic stress disorder, and what medicine can do 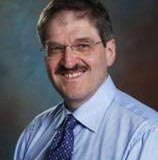 Dr. Meir H. Kryger is a physician and professor at the Yale School of Medicine and editor of Principles and Practice of Sleep Medicine, 5th Edition (Elsevier, 2011), Kryger's Sleep Medicine Review (Elsevier, 2011), and Atlas of Clinical Sleep Medicine (Elsevier, 2010). His latest eBook is The iGuide to Sleep (2012). Dr. Kryger's research has spanned all areas of sleep breathing disorders. He has published more than 200 research articles and book chapters, he established the first laboratory to study patients with sleep breathing problems in Canada, and he was the first to diagnose and report obstructive sleep apnea in North America.

Dr. Kryger has served as Chairman of the Board of the National Sleep Foundation and is a former president of the American Academy of Sleep Medicine and the Canadian Sleep Society.[divider] 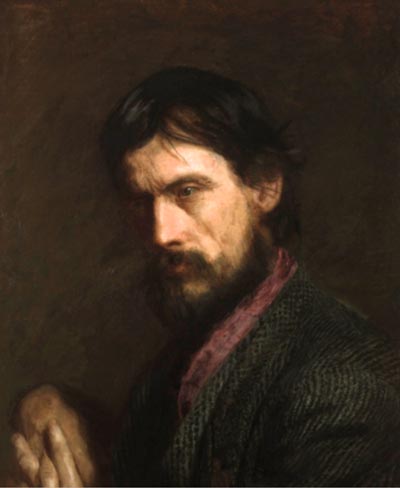 The stories are eerily similar. The patient awakens from a terrifying recurrent dream, sweating, heart beating fast, and often unable to fall sleep again that night.  Some are elderly men, others are young women. Some have suffered trauma on the battlefield, others at home.

In my more than 30-year career in sleep medicine, I have treated civilians, active-duty soldiers, and veterans in Canada and across the United States. For some, the trauma was recent; for others, it occurred 30 to 50 years before. Some experienced violence directly while others simply witnessed it. Many carry a survivor's guilt that is central to the psychic disturbance. What they all have in common is that a traumatic experience has gripped them and won't let them sleep.

The patient stories below are disturbing to read. They are remarkable to me in that they portray an historical snapshot of the violence that people living in North America have experienced since the 1940s, from the unique perspective of a sleep physician. I share them with you to give you a sense of how close the relationship is between traumatic events and sleep, and how powerful is the sleeping mind.

The patient in front of me was in his 60s, referred to me because of a sleep problem. Every night for about 35 years he awakened in a cold sweat, his heart beating rapidly from a dream about terrible events he witnessed in a concentration camp during the Holocaust. The dream and the result were always the same — he could not go back to sleep because of fear. I never asked him exactly what he dreamt because it was early in my career, and I was reticent. His doctor did not know what to do with him and neither did I. It was a problem that would continue to challenge me throughout my career in sleep medicine.

Soon thereafter, another gentleman was referred to me with insomnia. The patient's sleep problem began on June 6, 1944 — D-Day. Shortly thereafter, he was hospitalized for a "nervous breakdown" for a few months. Since his discharge from the hospital, he had been awakened by a recurrent nightmare every single night. As a result, he developed a fear of falling asleep. I saw him roughly 40 years after D-Day. This time, I asked about his recurring dream. It was that his best friend was blown up on the beach at Normandy and that the bleeding body parts of his friend landed on him, knocking him over. He told me that that is precisely what happened and that he believed that his friend's body had protected him from the slaughter that was going on all around him. He wanted a pill to block out the nightmares so he could sleep.

The man came to our clinic because he awoke early every morning and could not get back to sleep. He would get up, go to the bathroom, and when he looked at the mirror he saw the face of a young Korean boy. When I asked him if he recognized the face of the boy, he told me that while he was on patrol in Korea more than 50 years before, he saw in the distance a person that he assumed to be an enemy and shot him. When he went to identify the body and saw the face, he realized that it was a boy, barely 10 years old.

The patient had sleep apnea, a condition in which people stop breathing during sleep. The usual treatment is to use a continuous positive airway pressure (CPAP) machine in which the patient wears a mask connected to a blower that generates the pressure. However, the patient could not wear the mask due to severe claustrophobia that he blamed on his experiences in Vietnam a generation before. He had been in a helicopter on a mission to evacuate some wounded troops. His helicopter was shot down, killing several of his buddies and injuring him. After the helicopter crash-landed, he and his surviving comrades hid in the jungle to await rescue. He was terrified and in pain, and after a few hours, another helicopter arrived and evacuated him. He remembered very little about that trip except the oxygen mask.

I did not take care of Canadian Senator Lt. Gen. the Hon. Roméo Dallaire, but he contributed his story to the foreword of my book, Principles and Practice of Sleep Medicine (Elsevier, 2010):

I was the Canadian Force Commander of the United Nations Assistance Mission for Rwanda between October 1993 and August 1994. During that time, a genocide resulted in the deaths of 800,000 people, and I was an eyewitness, having heard, smelled, seen, and touched thousands and thousands of mutilated, bloated bodies of innocent civilians while trying to arrange a peace during a civil war while much of the world stood idly by. My sleep suffered, my health suffered, and I developed the symptoms of posttraumatic stress disorder.

A soldier on active duty came in complaining of insomnia, awakening from sleep with a terrifying nightmare. In his recurring dream, he saw his best friend bleeding and dead, next to a building. The soldier had been on a peacekeeping mission in Bosnia. He was a driver. He had backed up his truck, failing to see his friend behind the truck, and crushed him. He came to the clinic for a sleeping pill to keep from waking up; he was too ashamed to be treated for posttraumatic stress disorder.

I was practicing medicine in Winnipeg, Canada, when the terrible events of 9/11 unfolded. There was a rash of patients who were referred for insomnia. Some of them reported symptoms of posttraumatic stress disorder with nightmares related to the terrible images they had seen on television.

He was a tough-looking soldier, physically fit, short-cropped hair, and neatly dressed. He came to the clinic with severe insomnia and a request for refill of his medications. He was being actively treated for posttraumatic stress disorder, but had been referred to the sleep clinic to see whether we could do something about his nightmares. He boasted that he had killed many enemy in combat, but was not bothered by that experience, nor the fact that he had run over children after receiving orders not to stop his vehicle under any circumstances when he was part of the convoy. Rather, the dream that disturbed him was of the barrel of a pistol put next to his head and its trigger being pulled, after which he defecates in his trousers. His dream was based on actual experience in Afghanistan. As a practical joke, his direct superior told him that he had been accused of treason, and that he was about to be executed. His superior pulled out a pistol and pulled the trigger. The gun was not loaded. "I was terrified," he said. "It was the only time in my life that I crapped my pants."

Sitting in front of me was a broken man. He had suffered traumatic brain injury from an improvised explosive device, had an uncontrollable twitch, and was in the sleep clinic because of severe sleep problems. His recurring dream was that he was running over a young child who had run in front of his truck, which was part of a convoy. He could have stopped his truck, but the orders were clear: he must not stop his truck under any circumstances.

A woman in her 20s came into the clinic.  She had narcolepsy, a condition in which people have severe daytime sleepiness as well as hallucinations (actually vivid dreams, as she would fall asleep). She also suffered severe insomnia because of recurring dreams. The dreams were always the same. She was being raped by her stepfather. This had happened more than 10 years before.

Similarly, a man in his 30s with severe insomnia and recurrent nightmares dreamed he was being raped by a male schoolteacher. He, too, had suffered sexual trauma many times, at the hands of this teacher about 20 years earlier.

Diagnosing and treating sleep disorders in people with PTSD

When patients re-experience traumatic events and flashbacks during sleep, these nightmares can be  accompanied by real physical reactions to feelings of fear, such as a pounding heart and sweating. The re-experience can occur at random or might be triggered by sights, sounds, or smells that remind the person of the trauma. Therefore, patients suffering from PTSD often try to avoid objects, places, events, or even emotions that trigger memories of the traumatic event.

In addition to nightmares, people with PTSD can manifest a state of hyperarousal, in which the individual is subconsciously "on guard" to protect himself, and as a result feels anxious, has difficulty falling asleep, is irritable, suffers emotional outbursts or is easily startled.

Treating patients with PTSD for sleep disorders has sometimes been heartbreaking. Until the past few decades, people with PTSD were not treated for it because the condition had not even been described. Today, treatments have evolved, and patients can benefit from them.

Treatment should be coordinated by an expert in treating PTSD, most often a psychiatrist. The therapies that may be effective are the "talk therapies," often in concert with medications. Two drugs have been approved by the FDA to treat PTSD: sertraline (Zoloft) and paroxetine (Paxil).

In an exciting development, recent research shows that an "old" drug, prazosin, originally used to treat high blood pressure, may be effective in reducing the nightmares in PTSD patients. It is believed that norepinephrine may play a role in causing sleep disturbances and nightmares in PTSD, and prazosin reduces the levels of norepinephrine in the brain.

There is much we do not know

Medical science does not yet understand why witnessing or experiencing a traumatic event sears the event into the brain and may cause symptoms decades later. Are there actual chemical or structural changes in the brain related to fear, pain, guilt, and shame? What is the role of disrupted sleep and nightmares in perpetuating symptoms of PTSD?

We also wonder why some individuals suffer PTSD and others who witness or experience the same traumatic events do not develop symptoms of PTSD. We do not know why some people are at greater risk for developing PTSD. First described in about 1980, "Post Traumatic Stress Disorder" has obviously been around as long as people have witnessed or suffered traumatic events. What is so distressing for care providers is that we see patients who are victims twice: once from the traumatic event itself and later from its collateral damage. There is much work still to be done.[divider]

A version of this article appeared in Dr. Kryger's blog for Psychology Today.