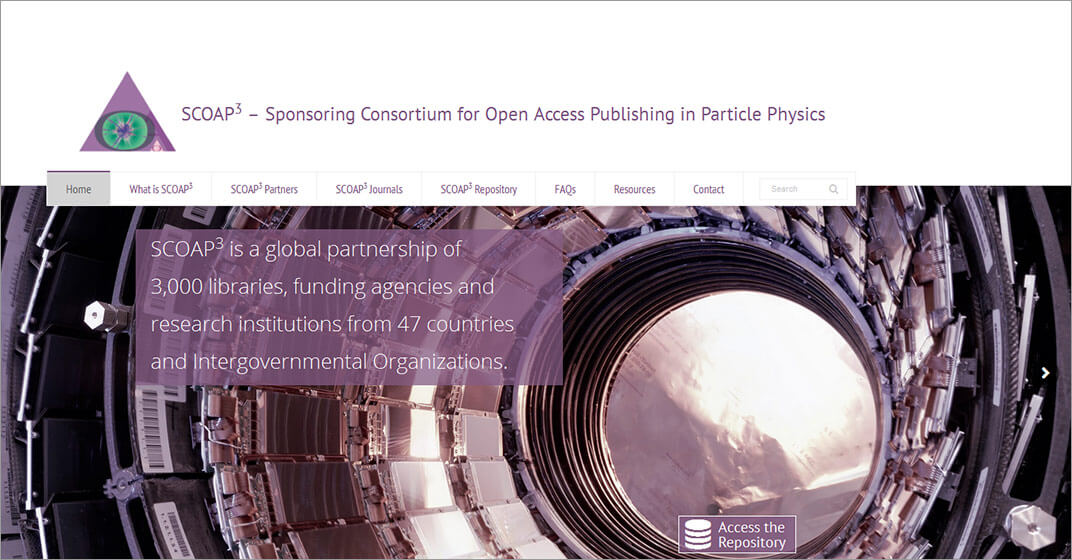 A publishing collaboration with CERN known as SCOAP3 has been providing open access to 10 high-profile physics journals since 2014 in an initiative designed to bring open access to the high-energy physics community. Earlier this week, CERN announced that agreements have been signed to extend SCOAP3 for three more years, until 2019.

As the host organization, CERN, the European Organization for Nuclear Research, has laid the foundation for this success, which brings together 3,000+ libraries, funding agencies, research organizations and inter-governmental organizations in 44 countries. Under this unique scheme, SCOAP3 will continue to support high-energy physics articles being published open access in perpetuity under CC-BY licenses at no direct cost to any authors. Since its start in January 2014, SCOAP3 has supported open access publication of more than 13,000 articles by about 20,000 authors from over 100 countries.

Elsevier is among 10 publishing partners in this consortium, and our journals Physics Letters B and Nuclear Physics B remain on the list. Physics Letters B published the landmark Higgs boson papers, as illustrated in an earlier Elsevier Connect story .

In January 2014, these journals changed from a subscription-based to an open access model, eliminating the corresponding subscription fees for all its customers.

Since then, downloads for Elsevier’s participating journals have doubled, illustrating the success and usefulness of the program. As we anticipated, there has been an increase in full-text article downloads since the start of the program but no evidence of increased citations for these articles. 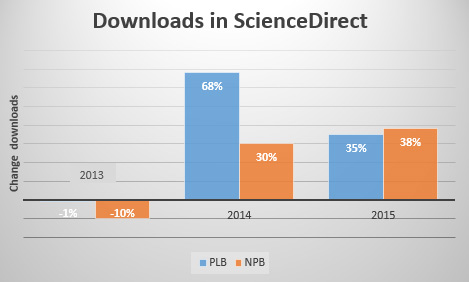 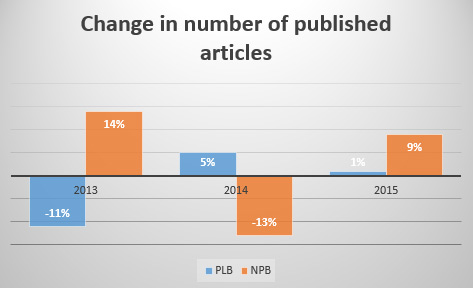 Usage patterns for both Nuclear Physics B and Physics Letters B show no particular increase in any country but rather a universal increase across all countries, with the United States remaining the predominant country in terms of usage.

For a graphical world map with distribution, see the Journal Insights websites below. Hovering your mouse over one of the circles reveals the exact numbers for each country. 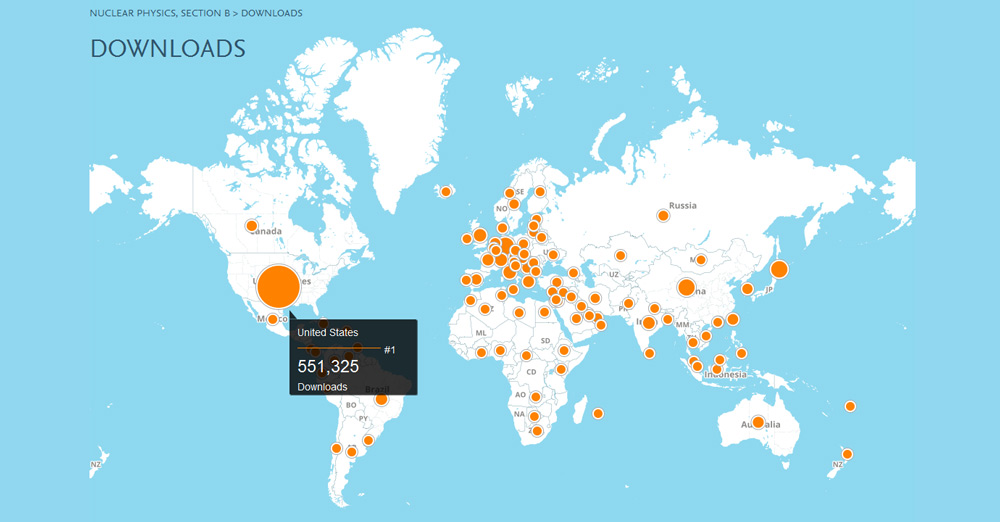 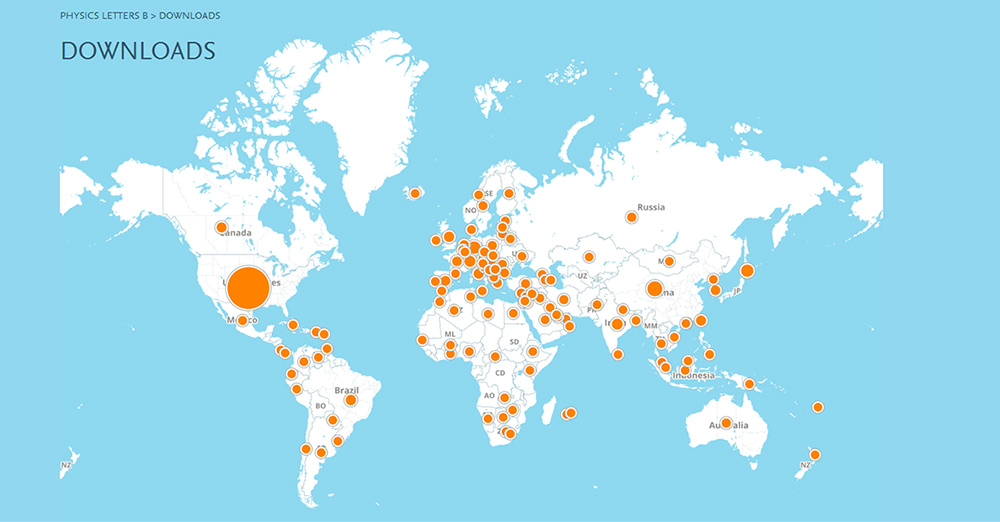 The SCOAP3 model is attractive to authors for two key reasons:

It is attractive to CERN and other SCOAP3 stakeholders for two additional reasons:

The journals in this project have collectively flipped from the classic subscription-based model to subsidized gold open access, which means that authors do not themselves pay an open access publication fee. This has been made possible because SCOAP3 has redirected subscription fees from libraries to CERN, which then centrally pays article publication charges for open access, thus enabling publishers to recoup their publication costs involved in publishing these journals.

The outcome has benefitted both authors and readers, who can now freely publish and read articles without any administrative hurdles.

CERN, the European Organization for Nuclear Research, acts as the Host Organization for SCOAP3 as it does for the collaborations performing experiments at the LHC collider. Leveraging its existing infrastructures to support cooperation in science, CERN ensures the technical and administrative operation of SCOAP3. The operation provided by CERN is supervised by the SCOAP3 Executive Committee, subject to an independent annual audit and reporting to the ultimate decision-making body of SCOAP3, an international Governing Council of representatives of all participating countries. 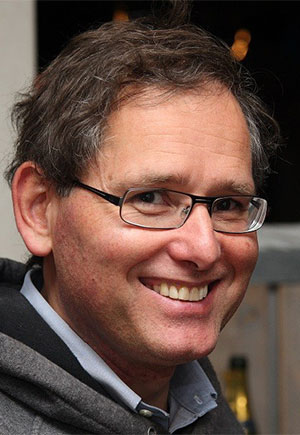 After graduating at the Agricultural University in Wageningen, the Netherlands, Adriaan joined biotechnology company Gist Brocades (now DSM) to work in their Scientific Information department, before moving to Elsevier in Amsterdam. For the past 27 years, he has held various publishing positions in diverse disciplines in the life and biomedical sciences.

For the past few years, Adriaan has been the Publishing Director for the Elsevier GmbH journals business, based in Munich and Berlin, launching several new open access journals. Since April 2016, Adriaan has headed the Physics team as Publishing Director, publishing 88 journals in the fields of Physics & Astronomy. His professional interests include topics such as transparency and openness, as well as data and software publications. 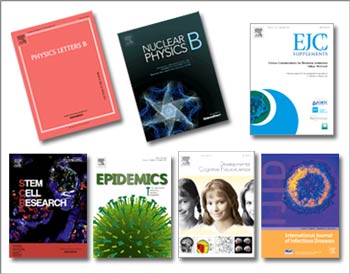 CERN-driven open access initiative to take off, and Elsevier’s on board