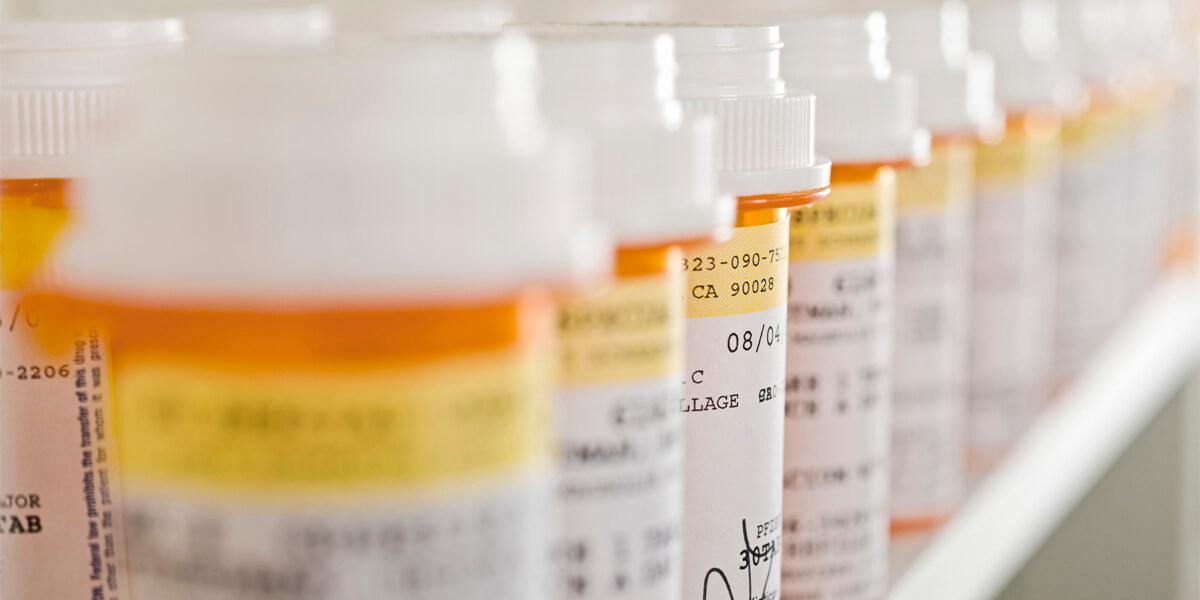 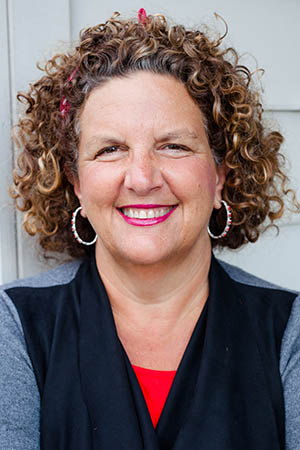 The opioid epidemic is taking lives every day. In the United States, where President Trump has declared it a national public health emergency, prescription opioids and heroin killed more than 33,000 people in 2015, according to the Centers for Disease Control and Prevention (CDC).

Elsevier’s Opioid Epidemic Resource Center provides continually updated free resources from our content experts on multiple topics related to opioid use and addiction, nationally and internationally. This free offering gives our readers — including medical professionals, health researchers and members of the public — the ability to access the depth and breadth of Elsevier resources on the topic in one place.

The solution for this epidemic is complicated, but it starts with education.

The 3D animations Naloxone Mechanism of Action and Neurochemistry of Addiction: An Epidemic of Heroin Use and the Role of Naloxone are a part of the Elsevier Animation Library. They are created by Elsevier’s Multimedia Group in collaboration with the Clinical Solutions department.

Infographic: The Opioid Epidemic in America

The past 50 years have seen a growing epidemic of opioid addiction and abuse emerge in the United States; in 2015 alone, opioid medications, both legal and illegal, caused over 30,000 fatalities, triple the number of overdoses reported the entire 15 years prior.

Both opioids and the current epidemic have long been a focus of scientific research. With Scopus data from 2011-16, Elsevier's Research Intelligence team used SciVal to analyze scholarly output, research impact, trending topics, and top researchers on both topics. You can view the infographic below and find further information and data here.

Infographic: The Opioid Epidemic in America from Elsevier

Is it time to have those at high risk for opioid overdose sign an organ donation card when prescribing naloxone?

While the news seems to focus on the next presidential election or the newest political scandal, people continue to die from overdoses across the United States. It is hard to imagine a positive side to the opioid epidemic, but this study does find one.

Published by the Society of Thoracic Surgeons, the information looks at hearts available for donation from overdose deaths. The data were obtained from adult cardiac transplants from 2010 to 2017, excluding hearts used in multiple-organ transplantations; therefore, data include transplanted hearts in patients who received a heart with no other organs. The donors analyzed in this paper died from overdose. While the authors did not examine the specific drugs used by the patients who overdosed, the increase in overdose deaths corresponds with the rise in opioid use and related deaths. One can infer that many of the deaths, and therefore those hearts available for donation, resulted from opioid toxicity; however, this was not conclusively proven.

Despite advances in medicine overall, including circulatory support and transplant surgery, there continues to be a limited supply of hearts for those in need of transplantation. The best donor candidates are those who are younger and whose hearts are donated after brain death, which are criteria that often apply to victims of death from overdose. One of the main concerns in using organs from this population is the concomitant presence of infections related to intravenous drug use, like hepatitis C virus (HCV), and subsequent transmission to the recipient. However, recipients of a heart from a donor with HCV do not always contract the virus; if they do, they can be successfully treated. For many, the alternative to refusing the infected heart is death. Often, hearts are transplanted even though the donor is HCV positive.

This study looked at two different groups of hearts from overdose deaths that were available for donation: the hearts placed in recipients and the discarded hearts. Compared with donors who did not overdose, donors who did overdose were more frequently younger than 40 years, white and more likely to have a history of cocaine use. The overdose-victim donors were more frequently positive for HCV; however, they were less likely to have diabetes or hypertension. The stroke rates after transplantation were similar in both groups, as were hospital stay length and overall survival rate.

The discarded hearts from overdose deaths were more frequently positive for HCV; however, there were limitations in the analysis of the discarded hearts, as detailed information was only provided for instances in which at least one other organ was transplanted. Approximately 20 percent to 46 percent of intravenous drug users are HCV positive within 5 years. While there are no long-term studies of HCV and HIV in patients after transplantation of hepatitis C–positive hearts, it is likely that the restrictions on transplanting these organs may continue to be relaxed as the demand for donated hearts increases.

From 2010 to 2017, 10.8 percent of the heart transplants from adult donors were from overdose victims. The number continues to increase as the opioid epidemic worsens. It is estimated that donated hearts from overdose deaths have provided over 4,000 post-transplant years of life to recipients since 2010.

While it is hard to find a silver lining in something as tragic as the opioid epidemic, perhaps this is it. As we prescribe naloxone to those at high risk for opioid overdose so those near them can administer this life-saving antidote, should we also ask them to sign an organ donation card? While that sounds cruel, it may allow something good to result from this ongoing tragedy.

Read the study in The Annals of Thoracic Surgery.

Are emergency responders at risk from Fentanyl exposure?

There has been recent press about emergency responders being exposed to fentanyl with adverse effects. However, skin exposure is unlikely to result in toxicity. Using gloves is generally the only protection required. All responders should be educated about the signs of opioid toxicity and the use of naloxone. This topic is addressed by a position statement from the American College of Medical Toxicology.

Fentanyl's role in the opioid crisis

Unfortunately, most of the heroin in the US has varied amounts of fentanyl mixed with it, and some may be peddled as heroin yet contain only fentanyl. The fentanyl misused is illegally obtained and often illegally produced. Regrettably, it is relatively easy to make.

The purpose of adding fentanyl is to increase the high from the drug. As many users are unaware that the products contain fentanyl, when they use the “normal” dose of heroin, overdose and death often occur. In addition, reversal of the drug’s effects may require much higher doses of naloxone.

The CDC website is a good source for information on fentanyl. There are also articles in The International Journal of Drug Policy, the Journal of Substance Abuse Treatment, and Research in Social and Administrative Pharmacy in the Access to research section below.

Elsevier has a variety of resources that provide evidence-based clinical guidelines at the point of care:

Elsevier's Clinical Skills combines over 1,400 evidence-based skills and procedures with competency management features to create a powerful resource for nurses, therapists and other clinicians. It helps address the need for both care consistency and competency validation, while positioning you in alignment with key standards of care. You can download the following Clinical Skills quick sheets with extended text here:

Clinical Overviews are easy-to-scan, clinically focused medical topic summaries designed to match the clinician workflow. They will replace the most frequently searched and used First Consult topics on ClinicalKey, and they have been added as a new content type on ClinicalKey for Nursing. Elsevier's Point-of-Care Editorial team develops Clinical Overviews through a process that includes review and revision by a medical editor; peer reviews performed by subject matter experts; a production review to ensure consistency in style, grammar, and punctuation; and a final evaluation by the editor-in-chief.

Elsevier Care Planning is the industry’s only EHR (electronic health record)-based care planning solution that combines the patient story, more than 500 evidence-based clinical practice guidelines and standardized assessments into one patient-centered plan of care across all care settings and disciplines.

Patient engagement involves creating patient education resources that use plain language and support shared decision-making between patients and healthcare providers. The goal is to deliver the right message in the right way at the time the patient is most ready to learn.

The following videos were created by our video medication education partner, VUCA Health.

How to use Narcan nasal spray

Opioid medicines — How to recognized warning signs of abuse

These papers have been carefully selected by Elsevier’s journal teams and made freely available.

Archives of Physical Medicine and Rehabilitation

Kratom, a plant that is available over the counter and on the internet, is chewed, smoked or consumed as a tea. The substance has both stimulant and opioid-like effects and is used by many to self-treat pain and opioid withdrawal. Dependence occurs with long term use. The FDA recently warned consumers that Kratom should not be used to treat opioid withdrawal and re-classification is being considered. — Leslie Dye, MD

Explore: The Journal of Science and Healing

The Journal for Nurse Practitioners

Journal of the American Academy of Child & Adolescent Psychiatry

Journal of the American Pharmacists Association

Nursing Outlook (the journal of the American Academy of Nursing)

Research in Social and Administrative Pharmacy