LGBT in STEM: Progress but still many obstacles

The world of science is still fraught with challenges for members of the lesbian, gay, bisexual and transgender communities, speakers say 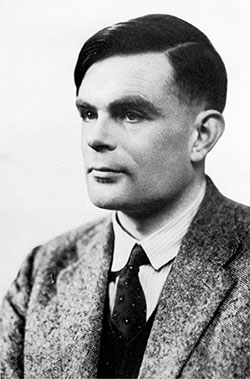 On June 7, 1954, mathematician Alan Turing, the founder of computer science, committed suicide two years after his arrest for being a homosexual. Dr. Turing had led the team of codebreakers who broke the Nazi communication code, saved countless lives and helped the Allies win the war.

The British government has long since changed its policy, and Turing was granted a posthumous “royal pardon” by the Queen. In 2014, Turing's heroism was conveyed to millions in the award-winning film The Imitation Game,

But the story doesn’t end here.

Members of the LGBT (lesbian, gay, bisexual and transgender) community still face discrimination and worse in the world of science and technology. And as Dr. Jane Rigby, an astrophysicist at the NASA Goddard Space Flight Center, points out, "Most people have heard of Alan Turing, but there are many unsung heroes as well."

Dr. Rigby was one of four panelists to address the issue of Engaging LGBT Scientists in the US and Abroad at the annual meeting of American Association for the Advancement of Science February 12 in Washington DC.

As a member of the American Astronomical Society (AAS), Dr. Rigby works to raise awareness of LGBT issues. She spoke movingly about one of her heroes, Frank Kameny , who was fired in 1957 from his position as an astronomer in the US Army's Army Map Service in Washington, DC, because of his homosexuality. Kameny, who died in 2011, was a cofounder of the National Gay Task Force and the National Gay Rights Lobby. In 2012, the AAS recognized Dr. Kameny for his activism. You can watch Dr. Rigby’s tribute to him on YouTube.

"Dr. Kameny was a brave man who paved the way for many of us," Dr. Rigby said. "I’m very pleased that there’s now an asteroid named Frankkameny, number 40463. His friends have told me that Frank would have gotten a kick out of becoming a heavenly body.”

Dr. Arthur Fitzmaurice, an Evaluation Officer Fellow for the Centers for Disease Control and Prevention (CDC) and session organizer and moderator, began his presentation with the story of his "coming out" to his parents. He was getting his PhD in neurobiology and environmental engineering at the California Institute of Technology when he flew to see them during a school break. After he told them he was gay, he recalled, their reaction was devastating: "My mother said, I wish your plane had crashed so we would not have to deal with this.”

The experience resulted in a bout of depression that made it difficult to pursue his work, he said. "Studies consistent with minority stress theory have shown that the LGBT community suffers from higher rates of depression, addiction, rejection and risky sexual behavior than the general community," he explained.

Unfortunately, STEM is not immune to discrimination. "LGBT scientists continue to be subjected to hiring and promotion discrimination and harassment for identifying as LGBT,” Dr. Fitzmaurice said. “This is often but not always analogous to the gender discrimination experienced by women in predominantly heterosexual white male workplaces."

In some countries, there are many LGBT scientists who can’t openly identify with the community for fear of death threats. “It is still illegal to be gay or lesbian in many countries of the world,” Fitzmaurice pointed out.

Making progress in science and academia

Dr. Rigby noted that in the United States, "it’s still perfectly legal to discriminate based on sexual orientation in 31 states." She spoke of her efforts to bring diversity to the AAS.

“There are only 6,000 astronomers in the US. Historically, the society has been male and not very diverse. At the first Inclusive Astronomy 2015 (IA2015) meeting in Nashville, the statistics about all minorities were pretty grim," she said.

According to a slide presentation on the IA2015 website, there is little data published on LGBTs in Astronomy, but studies in other STEM fields point to negative experiences and outcomes for these groups (Yoder & Mattheis 2014).

The IA recommended that in order to eliminate barriers, the community must strive to make graduate admissions fair, eliminate barriers in pre- and early-college access to astronomy; eliminate practices in hiring and promotion that are unfairly discriminatory, and ensure that astronomical institutions, facilities and data are accessible to all. 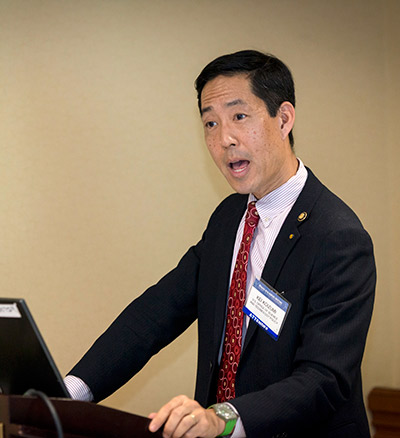 Kei Koizumi, Assistant Director of Federal Research and Development for the White House Office of Science and Technology Policy (OTSP), said the Obama Administration has taken a leading role in issues affecting the LGBT community advocating for inclusion rather than exclusion and holding the first LGBT Career Fair at the White House.

“I credit the Obama administration with making it easier for the LGBT community to work for the federal government, to have insurance and to be open about their identity,” said Koizumi, who was previously a member of the Obama transition team’s Technology, Innovation & Government Reform Policy Working Group and the AAAS’s Director of the R&D Budget and Policy Program. “Married LGBT couples, including me and my husband, have the same rights as straight couples when one of them works for the Federal government. The Affordable Care Act covers all married couples, not only straight ones.”

He added, “The president knows that we can only meet the challenges the nation faces in the economy, the environment, health, climate, national security, and other domains if US science and engineering are strong and if we have talented STEM students and workers from all walks of life."

The LGBT Community was helped by a 2014 Executive Order that Federal contractors, who represent a large part of the work force, could not allow anti-LGBT discrimination in their workplaces as long as they conduct business with the US government. And in June 2015, the Supreme Court ruled that the Constitution made same-sex marriage a right.

Since the AAAS Meeting, President Obama has continued to advocate for the LGBT community. He spoke of gay rights during his trip to Cuba, saying “There are still enormous problems in our society, but democracy is the way that we solve them. That’s how we got health care for more of our people. That’s how we made enormous gains in women’s rights, in gay rights.”

Despite all of these gains, Koizumi said it is difficult to know how well the LGBT community is doing because of a lack of data. “We simply don’t have the data we need to make definitive statements on the amount of LGBT people in science in the US and even less in Europe and the rest of the world.” One example he gave was that the US Census Bureau has data that there are same sex couples in every state. “But they don’t ask about sexual identity of people who live alone.”

Koizumi contrasted his own sexual identity with racial identity:

People know I am Asian as soon as they meet me. They don’t know I am gay although I don’t do anything to hide it. But there are many people working in STEM who choose not to go public for a variety of reasons including fear of discrimination and less opportunity for promotions.

"We work in countries where people suspected of LGBT are being jailed, physically abused and worse"

As bad as it is to be fired or not hired for being LGBT, in many countries around the world it is illegal to be gay, with punishments ranging from jail to death, according to Regina Jun, the President of GLIFFA, which stands for LGBT + Pride in Foreign Affairs Agencies. Jun is a Foreign Service Officer at the US Agency for International Development (USAID) and previously worked at the US Embassy in Seoul, Korea.

“We have come a long way from 24 years ago when GLIFAA was founded, because LGBT Foreign Service Officers run the risk of having their security clearances taken away,” she said. “However, we still work in countries where people suspected of LGBT are being jailed, physically abused and worse.”

She said GLIFFA works to secure fair treatment of LGBT colleagues in the United States and overseas and provide a support network and information resources for employees and retirees and their families.

All of the speakers stressed there is a long way to go. In an e-mail to me, Koizumi wrote, "In my own personal opinion, the discrimination the LGBT community faces is often anything but subtle (see: North Carolina's and Mississippi's new law), especially for the 'T' part of the community.”

Although our colleagues in big liberal cities such as New York and Washington are doing well, those in remote areas and in many countries still suffer discrimination and hide their sexuality. I am hopeful that the changes the AAS and other organizations are taking to change their culture will help because the universe doesn’t care about one’s sexual orientation.

David Levine (@Dlloydlevine) is co-chairman of Science Writers in New York (SWINY) and a member of the National Association of Science Writers (NASW). He served as director of media relations at the American Cancer Society and as senior director of communications at the NYC Health and Hospitals Corp. He has written for Scientific American, the Los Angeles Times, The New York Times, More magazine, and Good Housekeeping, and was a contributing editor at Physician's Weekly for 10 years. He has a BA and MA from The Johns Hopkins University.