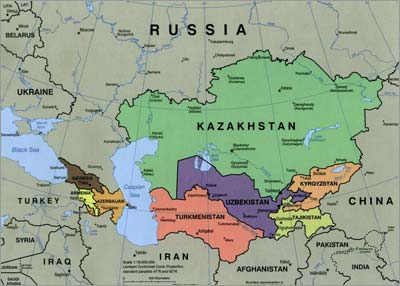 One of the most economically significant and scientifically progressive nations of Central Asia remains a mystery to many people in the western world.

After independence from the Soviet Union in 1991, the Republic of Kazakhstan has taken important steps toward creating a modern country, with its institutions well integrated with those in other parts of the world. The Gross Domestic Product (GDP) expanded 6 percent in 2013 over the previous year, making Kazakhstan the largest economy in Central Asia, according to the CIA World Fact Book. An important oil and gas producer, it has the second largest oil reserves and production among the former Soviet republics after Russia, per to the US Energy Information Administration.

Meanwhile, the government sees science playing a major role in the nation's progress. In his Address to the Nation in January, Kazakhstan President Nursultan Nazarbayev spoke of the importance of investing in science and "the development of new high-tech sectors."

During the second and subsequent five-year plans, we should establish the industries of mobile and multimedia technology, nanotechnology and space technology, robotics, genetic engineering, and future energy exploration. The key priority of the Government's work is to create most favorable conditions for Kazakhstan's business, mainly small and medium-sized enterprises.

In the next 10 to 15 years, it is necessary to develop a knowledge-intensive basis for the economy. Without this basis we cannot join the group of developed countries. And it must be founded on advanced science.

The nation's focus on science was sharpened three years ago when the Kazakhstan Ministry of Science and Education passed the Law on Science. This law recognizes the importance of research and gives it priority along with science education. New types of higher education institutions called "research universities" are being introduced. Also, researchers in Kazakhstan need to publish their scientific articles in internationally indexed journals for academic promotion and to complete their PhD degrees.

A year after passing that law, Kazakhstan signed a national license with Elsevier enabling Kazakh scientists, for the first time, to gain free access to electronic full-text database ScienceDirect and trial access to Scopus. 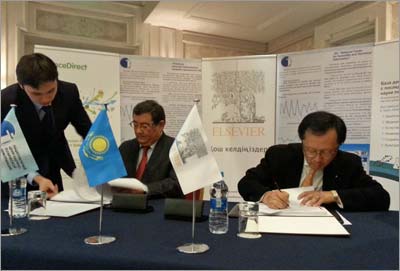 In February, the Kazakhstan government stepped up its access to include access to Scopus, the world's largest abstract and citation database. The agreement was signed by Elsevier Chairman YS Chi and Kazakhstan National Center for Scientific and Technical Information President Adil Ibrayev during a ceremony in Almaty, Kazakhstan.

Kazakhstan's main goal is to provide access to scholarly information to help advance Kazakhstan's scientific position. Access to Scopus as well as ScienceDirect will help Kazakhstani scientists improve their reach in the global academic community.

"Elsevier is committed to making sure the important work of the Kazakhstani research community takes its deserved place on the international research landscape," said Youngsuk "YS" Chi, Chairman of Elsevier, at the signing ceremony.

Ibrayev called the agreement "a great achievement for Kazakhstan."

I'm excited that all our universities and research institutes will benefit from access to Scopus and ScienceDirect. Having access to global scientific literature and the tools to track and analyze research (will) help us to become more effective in our research activities. We are confident this will increase the quantity and quality of Kazakhstani research output, thereby increasing our significance in the international scientific community. 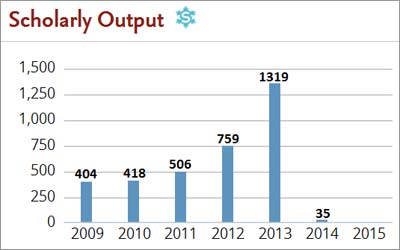 Kazakhstani researchers have received extensive database trainings and seminars by Elsevier and the Kazakhstan National Center for Scientific and Technical Information for the past two years, and the trainings will continue to be offered this year.

All the efforts of Republic of Kazakhstan, for advancing the scientific research, have paid off in a very short period of time and the country determined to achieve its goals. By looking at the Scopus data up to 16 Jan 2014, scholarly output of Kazakhstan 2009>to 2014 has been nearly doubled after the new science law and country researchers' has an access to full-text article database ScienceDirect.[divider]

Regional Director for Turkey, Iran, Middle East and Central Asia Countries at Elsevier, manages a team of six people to coordinate the marketing and sales activities of more than 1000 universities and research centers. He has been working for Elsevier since 2006 in various roles. He Lives in Ankara and holds a MBA from Gazi University in Ankara and an MS in mechanical engineering from Middle East Technical University in Ankara.

Gamze Keskin, Customer Marketing Manager for Turkey, Iran, Middle East and Central Asia Countries at Elsevier, is responsible for regional marketing initiatives and usage development in the academic and government sectors. She has been working for Elsevier since 2011. She holds an MS in science education from Middle East Technical University in Ankara.