Infographic: Plastics are polluting our oceans

By Natalia Rodriguez and Luaine Bandounas, PhD     Posted on 8 June 2015

All the plastics that have ever been made are already enough to wrap the whole world in plastic film. — Paleobiologist Jan Zalasiewicz in New Scientist

Today is World Oceans Day — the United Nations-recognized day of ocean celebration and action — and the theme is "healthy oceans, healthy planet."

The oceans are polluted, with repercussions for all species, including humans. That reality has inspired a virtual special issue of research published in Elsevier journals, and an infographic, based on this research.

Elsevier journals publish 40 percent of the articles indexed and abstracted in the Oceanography category of the Thomson Reuters Journal Citation Reports – more than 2,200 articles in 2013. For this Virtual Special Issue, Elsevier's Aquatics Sciences team has have selected 16 recent publications on microplastics and plastic pollution in the ocean and its effects on our ecosystem and human health. The articles are free  to access on ScienceDirect until August 8, 2015 on ScienceDirect:

The articles referenced in the infographic are: 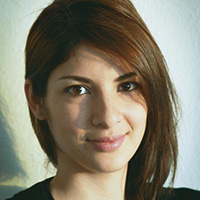 Natalia Rodriguez (@rodrigueznats) is the Communications Coordinator for Research4Life, a public-private partnership providing access to scientific information to researchers, academics, students, doctors and other professionals in the developing world. Natalia holds a BSc in biology and an MSc in science communication from Delft University of Technology in the Netherlands. Before joining Research4Life, she worked in the Elsevier's Global Communications department in Amsterdam.

Currently based in Bremen, Germany, Natalia also works as a freelance creative for different organizations, finding innovative ways to communicate science and development.

Dr. Luaine Bandounas (@LBandounas) is a Publisher at Elsevier, responsible for the Oceanography and Hydrology journal portfolio.She was born in South Africa, where she studied microbiology and medical virology at the University of Pretoria. She then moved to the Netherlands, where she obtained her PhD in Biotechnology from Delft University of Technology. After working for the Federation of European Microbiological Societies (FEMS), she joined Elsevier in 2012.