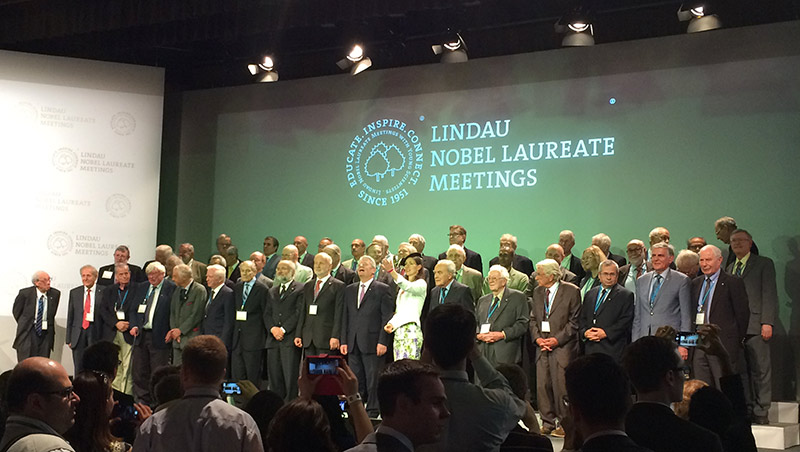 June 28, 2015 marked an auspicious date for the scientific community: the 65th anniversary of the Lindau Nobel Laureate Meetings on the shores of Lake Constance, Germany. With 65 Nobel laureates in attendance — to celebrate by educating and inspiring junior researchers from around the globe — it was a remarkable occasion. 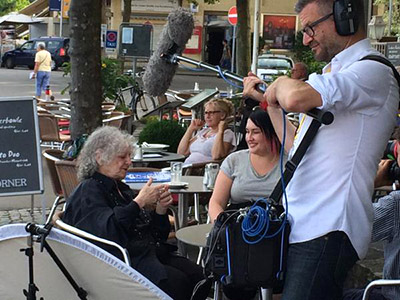 Inspired by the scientific and societal discussion at this year’s meeting, Elsevier editors have selected articles that have made an outsized impact on the progress of science and made them freely available.

Originally created as a venue for German scientists to reconnect with the international scientific community after the Second World War, the Lindau Nobel Laureate Meetings follow a straightforward, highly successful strategy: introduce the world’s most distinguished scientists to select early-career researchers. Each year, 600 junior researchers meet with Nobel laureates for a week of lectures, master classes, scientific breakfasts, and panel discussions in Lindau, where they exchange ideas, socialize, and forge new friendships and long-term international collaborations.

With societal and economic conflicts on the rise around the world, Lindau’s original concept is more relevant than ever: to foster a cross-generational, international dialogue that can recognize, address, and help solve challenges that respect neither national, religious nor gender barriers –issues such as climate change, poverty, sustainable food supply, access to education, and the need for technologies that can ensure the integrity and future of our planet. 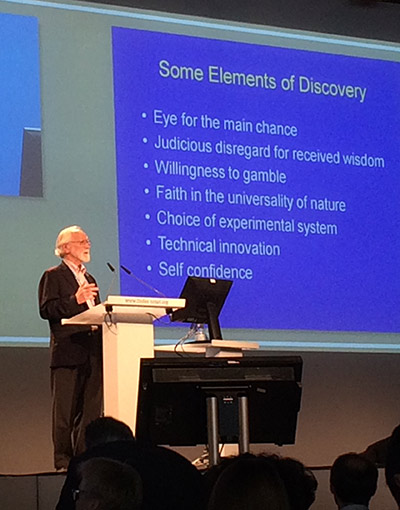 This significant result knows only a single precedent: the 1955 Mainau Declaration, when a group of 18 Nobel laureates took a stand against the use of nuclear weapons.

We hope Elsevier’s complimentary selection of influential articles — featuring studies in physiology, medicine, chemistry and physics from a variety of authors across Elsevier’s journals — honor the Lindau Nobel Meetings’ innumerable successes. And we hope these valuable contributions reflect Elsevier’s commitment to support scientists in making their research available to the scientific community and the public.

This collection of influential articles published by Elsevier is intended to reflect the interdisciplinary spirit of the 65thLindau Nobel Laureate Meeting June 28 to July 3, 2015. These articles are freely available until January 22, 2016.

Multiple independent activations of the neu oncogene by a point mutation altering the transmembrane domain of p185Cornelia I. Bargmann, Mien-Chie Hung & Robert A. Weinberg
Cell, Volume 45, Issue 5, p649–657, 6 June 1986
This study characterized for the first time tumor associated, activating single point mutations in the transmembrane domain of the neu oncogene.

Genomics of microRNA
V. Narry Kim, Jin-Wu Nam
Trends in Genetics Volume 22, Issue 3, March 2006, Pages 165–173
An expert summary on microRNAs in general and mechanistic discoveries regarding their biogenesis in particular.

Blessings in disguise: biological benefits of prion-like mechanisms
Gregory A. Newby, Susan Lindquist
Trends in Cell Biology, Volume 23, Issue 6, June 2013, Pages 251–259
A state of the art review on protein folding/self-templating conformational changes both in physiology and disease, that integrates the role of governing chaperones.

Nucleation, growth and form of mesoporous silica: role of defects and a language of shape
Geoffrey A. Ozin, Charles T. Kresge, Hong Yang
Studies in Surface Science and Catalysis,Volume 117, 1998, Pages 119–127 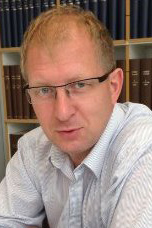 Dr. Thomas Schwarz-Romond serves as Executive Publisher - Journals in Elsevier’s Berlin office. During his PhD and postdoctoral research, Thomas investigated the molecular and structural mechanisms of Wnt-signaling at the Max Delbrück Center for Molecular Medicine (MDC-Berlin) and the Medical Research Council Laboratory of Molecular Biology (MRC-LMB Cambridge). From 2006 to 2015, he worked as Scientific Editor for The EMBO Journal. He acquired managerial skills during an MBA leadership program and joined Elsevier in April 2015.