Mitigating the effects on agriculture will require creative adaptations, per IPCC report (with free access to related research)

Global climate change influences all aspects of our daily lives, and it will for many years to come. The challenge for each individual, institute, company and government is to not only identify the risks but also adapt and mitigate the effects to ensure a future for all on planet Earth. Although not all effects of climate change may turn out negative, most sectors will need to find ways to deal with the effects. Areas at high risk are agriculture and food security.

To assess all aspects of climate change and its impact and formulate realistic strategies to mitigate these effects, the Intergovernmental Panel on Climate Change (IPCC) was founded in 1988. Last month, the IPCC released its 5th Assessment Report (AR5), which synthesizes and evaluates research related to impacts, adaptation and mitigation of climate change since the previous Assessment Reports. The report was developed by the IPCC's three working groups. Working Group II focused on two very challenging and interrelated topics; agriculture and food security. Chapter 7,  "Food security and food production systems," details the current effects of climate change, the expected decline in crop production by 2030 as a result of climate change, and what farmers can do to mitigate some of the negative impacts. As stated by the chapter authors: "The questions for this chapter are how far climate and its change affect current food production systems and food security and the extent to which they will do so in the future."

A key conclusion of the authors is that climate challenge will increase the risk of reduced crop productivity associated with heat and drought stress. Negative impacts in average crop and pasture yield will likely be clearly visible by 2030. For example, in parts of Brazil, rice and wheat yields are could decline by 14%, according to their forecast.

To mitigate the effects, they recommend the following crop management adaptations: 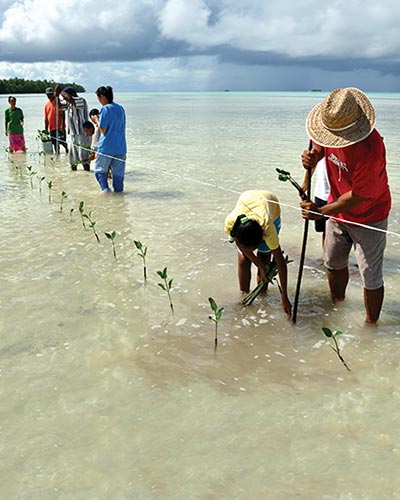 Also changes should be made to livestock and fisheries practices, such as restoring mangrove forests to create sustainable breeding sites for essential fish populations.

Adaptations in the way we produce food, farm our lands and treat our environment will be key to mitigating the effects and ensuring food security.

The results of the food security chapter may not be that alarming for most experts, according to some of the editors of Elsevier's Agronomy journals. However, it is still very important that meaningful adaptations to agricultural practices and attempts to limit emissions are made to ensure the risk posed by climate change on agriculture, and thus food security, is manageable.

The IPCC only has about a dozen full-time staff. The real work on the reports is done by unpaid scientific volunteers around the world, contributing as authors or reviewers. For instance, for AR5 Working Group II alone, there were 308 authors from 70 countries and a total of 50,492 review comments. A large percentage of the relevant scientific community is thus involved as volunteers, spending valuable time creating these high-impact reports.

The IPCC authors rely heavily on refereed scientific publications for their analysis. In this context, papers published by the major publishing houses are invaluable to the IPCC process. For instance, for Chapter 7, 557 scientific publications were used, including books, journal articles or reports. Of those sources, 70 (about 13 percent) came from agriculture and agronomy related journals published by Elsevier.

As a service and a thank you to the scientific community whose papers have been used in Chapter 7 of the IPCC report, Elsevier has made a selection of papers from the following journals freely available until May 31, 2015.

Osborne, T.M., G. Rose, and T. Wheeler: "Variation in the global-scale impacts of climate change on crop productivity due to climate model uncertainty and adaptation," Agricultural and Forest Meteorology (March 2013)

The Intergovernmental Panel on Climate Change (IPCC) was created in 1988 by the United Nations Environment Programme (UNEP), the World Meteorological Organization (WMO) and the UN general assembly.

In 2007, the IPCC was awarded the Nobel Peace Prize.

Today its role is "... to assess on a comprehensive, objective, open and transparent basis the scientific, technical and socio-economic information relevant to understanding the scientific basis of risk of human-induced climate change, its potential impacts and options for adaptation and mitigation. IPCC reports should be neutral with respect to policy, although they may need to deal objectively with scientific, technical and socio-economic factors relevant to the application of particular policies."

Assessments are made in three working groups: 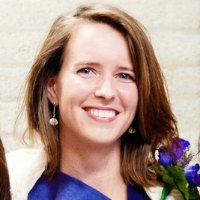 Dr. Elaine van Ommen Kloeke (@ElaineVOK) obtained her PhD in soil ecology from the VU University Amsterdam, investigating the potential risks and effects of genetically modified crops on essential invertebrate species in the soil ecosystem. She joined Elsevier as Publisher of Agronomy and Remote Sensing journals, working closely with experts in the field of agriculture and food security.

The dynamism of clinical knowledge