How much coffee is healthy? It depends on your age

Nearly 400 million cups of coffee are consumed every day in America. Drinking large amounts of coffee may be bad for under-55s, according to a new study published in Mayo Clinic Proceedings.

A study of more than 40,000 individuals found a statistically significant 21% increased mortality in those drinking more than 28 cups of coffee a week and death from all causes, with a greater than 50% increased mortality risk in both men and women younger than 55 years of age. Investigators warn that younger people in particular may need to avoid heavy coffee consumption. No adverse effects were found in heavy coffee drinkers aged over 55. According to the latest National Coffee Drinking Study from the National Coffee Association, more than 60% of American adults drink coffee every day, consuming on average just over three cups a day.[caption id="attachment_26642" align="alignright" width="300"] 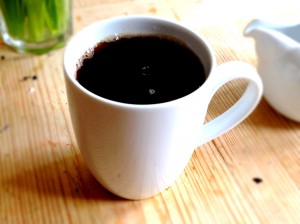 Drinking coffee has become a daily routine for many people worldwide.[/caption] Coffee has long been suspected to contribute to a variety of chronic health conditions, although earlier studies on coffee consumption in relation to deaths from all causes and deaths from coronary heart disease are limited, and the results are often controversial.

A multicenter research team investigated the effect of coffee consumption on death from all causes and deaths from cardiovascular disease in the Aerobics Center Longitudinal Study (ACLS) cohort, with an average follow-up period of 16 years and a relatively large sample size of over 40,000 men and women. Between 1979 and 1998, nearly 45,000 individuals aged between 20 and 87 years old participated and returned a medical history questionnaire assessing lifestyle habits (including coffee consumption) and personal and family medical history. The investigators examined a total of 43,727 participants (33,900 men and 9,827 women) in their final analysis. During the 17-year median follow-up period there were 2,512 deaths (men: 87.5%; women: 12.5%), 32% of these caused by cardiovascular disease.

Those who consumed higher amounts of coffee (both men and women) were more likely to smoke and had lower levels of cardiorespiratory fitness. All participants were followed from the baseline examination to date of death or until December 31, 2003. Deaths from all causes and deaths from cardiovascular disease were identified through the National Death Index or by accessing death certificates.[divider]

Younger men had a trend towards higher mortality even at lower consumption, but this became significant at about 28 cups per week where there was a 56% increase in mortality from all causes. Younger women who consumed more than 28 cups of coffee per week also had a greater than two-fold higher risk of all-cause mortality than those who did not drink coffee. Senior investigator Steven H. Blair, PED, of the Department of Biostatistics and Epidemiology, Arnold School of Public Health, University of South Carolina, emphasizes that:

Significantly, the results did not demonstrate any association between coffee consumption and all-cause mortality among older men and women. It is also important to note that none of the doses of coffee in either men or women whether younger or older had any significant effects on cardiovascular mortality.

Coffee is a complex mixture of chemicals consisting of thousands of components. Recent research has found that coffee is one of the major sources of antioxidants in the diet and has potential beneficial effects on inflammation and cognitive function. However, it is also well-known that coffee has potential adverse effects because of caffeine's potential to stimulate the release of epinephrine, inhibit insulin activity, and increase blood pressure and levels of homocysteine.

Carl J. Lavie, MD, of the Department of Cardiovascular Diseases, Ochsner Medical Center, New Orleans, and a co-author of this study, explains that:

There continues to be considerable debate about the health effects of caffeine, and coffee specifically, with some reports suggesting toxicity and some even suggesting beneficial effects.

This study is very good. It is important to produce and invest on this type of health studies. It is a clear and reliable information for everyone.

I am 47+ years old woman. I am working at an international research organization in Bangladesh. i used to suffer from migraine and recently fatty liver. Is coffee is good for me? If so how much? How can i measure a tea spoonful of coffee?