Clarification: Based on reader comments, more context has been added to the paragraph on the history of language since this story was published. 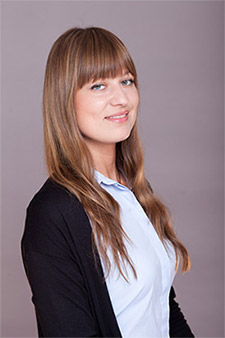 In scientific publishing, language matters: 30 percent to 50 percent of articles submitted to Elsevier journals are rejected before peer review, and one of the top reasons is poor language. But why does this happen, and what can authors do to make sure their submissions make it to peer review?

Over the centuries, the language of science has changed: Latin dominated during the Scientific Revolution, giving way to more diverse languages, and eventually English took over after World War II. Even earlier, natural philosophers communicated in Arabic, Greek and other languages.

Academia as we know it was born during the Scientific Revolution; the early members of the Royal Society in London, like Sir Isaac Newton and Robert Hooke, forged the path to modern science by establishing a communication network. Scientists started to publish the results of their experiments and brought their work to entirely new audiences.

But academia is no longer dominated as strongly by the UK and other Western European countries. According to World of Research, a new book that gives the research profiles of 77 countries, Brazil, Russia, India and China are fast growing in terms of the number of research publications they produce.

Although there are scientific publications in local languages, English is still by far the most widely used language. For native speakers, making sure language is of a high standard can be difficult; it’s even more so for people with English as a second (or even third or fourth) language. This provides researchers around the world with a challenge: they need to make sure their language is good enough to avoid desk rejection.

English is a difficult language to learn. No other language is close enough to it to allow people to get the gist of what someone is saying in English without learning the language (like German and Dutch, or Spanish and Portuguese for example). Spelling is a minefield, and grammar can get even native speakers in a twist. There are often more exceptions than rules, and what makes logical sense may send you along the wrong path (for example, look and see are synonyms, whereas overlook and oversee mean completely different things).

Throw in a good dose of technical scientific words and phrases, and insist on the passive tense, and voilà! A recipe for disaster. The problem is, in order to be published, a manuscript has to be largely error-free and of a good standard of English.

Clarity is critical when it comes to scientific writing. An ambiguous sentence can confuse readers at best, and lead them onto unfruitful research paths at worst. Poor language can mask otherwise great science, and authors may run the risk of their important work not seeing the light of day because of it. So even though it’s challenging, manuscripts have to be written clearly and accurately, in good English.

For authors who struggle with this, professional editing help can be the best way to make sure their paper hits the mark and makes it past the first rejection hurdle at least. More than 50,000 authors from around the world use the language editing services of Elsevier’s WebShop to improve their manuscripts (and many other documents and publications) before submission.

We work with the largest network of language editors with expertise in their subject fields, who provide various levels of support, from one-round PhD thesis editing to indepth multiple-round editing of complex scientific papers. 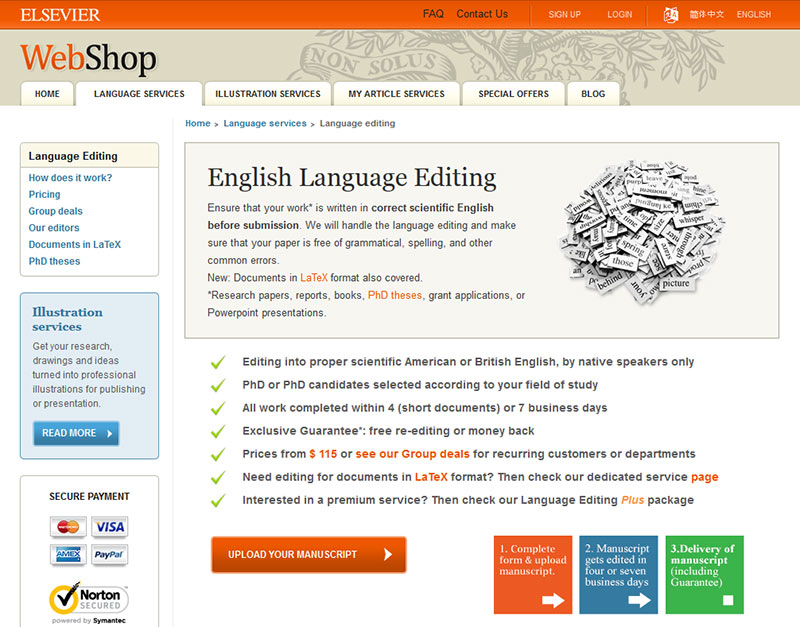 The services are designed to help make sure language doesn’t distract from great research, as Pablo Palmeiro, Senior Product Manager for the Elsevier WebShop, explained:

We recognize the time and pain non-native English speaking authors have to go through to be able to get their research published. And we’re committed to making sure language isn’t a barrier for authors to develop their research careers.

The results show how valuable the services are. More than 54 percent of customers use the services again within 12 months, and they also recommend them to their colleagues. Also, WebShop’s group deal offer, which lets departments and even institutions buy services in bulk, is growing exponentially. The growing popularity of this service is reflected in the customer feedback: WebShop has the highest Net Promoter Score (a measure of whether customers recommend the services) of all of Elsevier’s e-commerce platforms.

Supporting researchers around the world 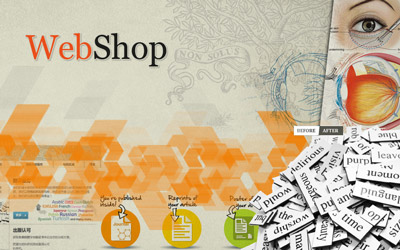 WebShop services are for authors all around the world. In 2015, we launched the website in simplified Chinese to improve customers’ journeys and help them navigate the website in their own language.

The site has had a great reception and we’ve welcomed more customers from China. Since the site was launched in February 2015, we have seen 42,000 unique visitors and about 1,500 transactions for WebShop services.  To make it even easier for these customers to use the services, we’re now planning to introduce China’s two largest payment methods – Alipay and Unionpay, which cover 70 percent of all transactions in China.

Elsevier’s WebShop is already making a difference for Chinese authors. Jillian Lenné, Editor-in-Chief of Field Crops Research, continues to recommend the service to improve the quality of submissions to the journal. She said:

In the past few years, I have been pleased to note a major English language improvement from Chinese authors, which is usually the result of the use of professional language services acknowledged in their papers. I urge Chinese authors to continue to use these services as it facilitates review of their papers and reduces the time to process papers for acceptance by Field Crops Research.

Following the success of the Chinese site, we are now planning to translate the website into other languages, including Spanish, Russian and Japanese.

Irina Nikitina is Marketing and E-Commerce Manager for Elsevier’s WebShop. She has two Master’s degrees – in Marketing and in Strategic Management and Organizational studies – and has worked in the area of digital marketing developing marketing campaigns for online product portfolios across Europe. She is based in Amsterdam.