Honeybees are being poisoned – new test reveals how

European honeybees are being poisoned with 57 different pesticides 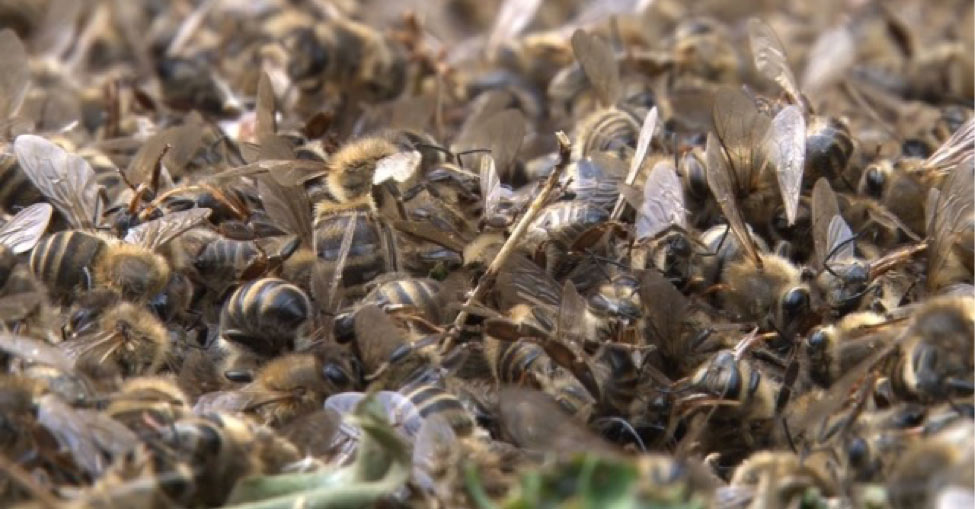 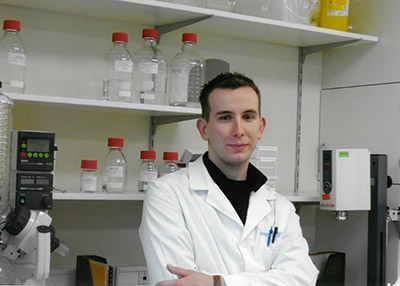 Research has shown that pesticides have an impact on honeybee health, and the European Union has banned the use of neonicotinoid pesticides to try to protect our bee populations. Bee populations have been declining globally in recent years; colony collapse disorder (CCD) has killed billions of honeybees in the US.

This is bad for the bees, but it’s also a public concern: bees are considered critically important for the environment and agriculture, as they pollinate more than 80 percent of the crops and wild plants in Europe.

If we want to reduce or stop the global decline in honeybees, we need to know as much as possible about factors that could cause colony losses. But the relationship between pesticide use and bee death is complex, and we’re still trying to figure out exactly what’s happening; it could be a certain combination of pesticides, different concentrations or their changing use over time that’s having the biggest impact. There are hundreds of pesticides currently approved for use in the EU, and before we know which ones are involved in the bee decline, we need to find out which pesticides are poisoning the bees. 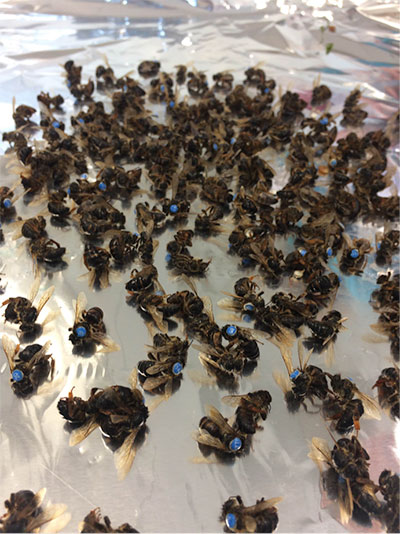 We wanted to help solve the toxic puzzle of pesticides and bees by developing a test for a large number of pesticides currently approved for use in the European Union. In our new study published in the Journal of Chromatography A, we present a new method for detecting a whole range of pesticides in bees. We developed the approach based on a method called QuEChERS, which is currently used to detect pesticides in food.

Using QuEChERS, we could test poisoned bees for 200 different pesticides simultaneously, as well as several additional compounds created when the pesticides are broken down. Despite the reported negative effects of pesticides, they’re needed to control parasites that are killing bees, and to protect plants. We selected the pesticides based on what’s being used in Poland and in the EU; of the 200 pesticides we tested for, only five are not approved for use in the EU.

This is just the beginning of our research on the impact of pesticides on honeybee health. Honeybee poisoning incidents are the tip of the iceberg. Even at very low levels, pesticides can weaken bees’ defense systems, allowing parasites or viruses to kill the colony.

Our results will help expand our knowledge about the influence of pesticides on honeybee health, and will provide important information for other researchers to better assess the risk connected with the mix of current used pesticides. We hope this helps to establish the most likely pesticide-related risk for honeybee health so we can work out how to save our vital bee populations.

Elsevier has made the following article free access until September 1, 2016:

The Journal of Chromatography A publishes original research and critical reviews on all aspects of fundamental and applied separation science. It covers chromatography and related techniques, electromigration techniques (for example, electrophoresis and electrochromatography), hyphenated and other multi-dimensional techniques, sample preparation, and detection methods such as mass spectrometry. Most research papers deal with the theory of separation methods, instrumental developments and analytical and preparative applications of general interest.