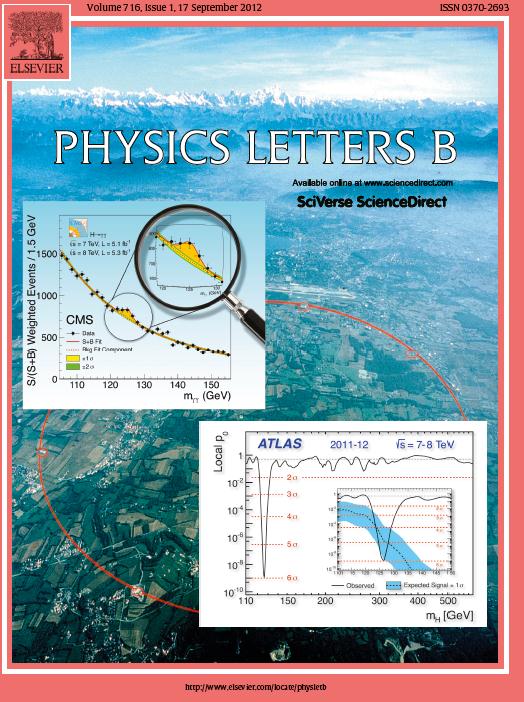 It doesn’t happen often, but occasionally a discovery comes along that shapes how science views the universe. And when it does happen, the world takes notice.

Such a moment occurred in July: the announcement that two research teams The European Organization for Nuclear Research (CERN), had discovered the long-hypothesized subatomic particle, the Higgs boson. More than 1,000 people stood in line overnight for the announcement at CERN headquarters in Geneva. And the fact that there’s no easy way to describe a Higgs boson deterred neither news outlets all over the world from excitedly reporting the discovery, nor humorists from cracking wise about it.

The scientists from CERN(European Organization for Nuclear Research) chose Physics Letters B because of its ability to publish the studies quickly and because it accommodated longer research papers, said Eleonora Presani, publisher for 14 high-energy physics journals at Elsevier and a former CERN physicist.

As soon as Dr. Presani learned her journal was the researchers’ choice, she moved to make space available in its next issue. Then she and her staff busied themselves with production details, including checking and double checking myriad details, and creating a special cover with an aerial view of CERN’s Large Hadron Collider — the mammoth tool used to produce and detect the Higgs bosons — with two crucial data charts superimposed. Normally, the cover of Physics Letters B shuns large images and features its name against a red cover with a white border.[note color="#f1f9fc" position="right" width=400 margin=10 align="alignright"]

The two CERN studies are available free of charge on ScienceDirect:

Until a year ago, Presani was a particle physicist at CERN, though not in the Higgs boson project. She was part of a research team that worked on a device to detect anti-matter in space that was placed aboard the International Space Station last year.

Faced with the uncertainty of research-funding in a highly competitive field, the native of Trieste, Italy, said she decided to leave CERN and pursue a related interest, science communications.

The publication of scientific research, Presani said, is a fundamental part of science often overlooked by the public. Journals provide a place where new scientific ideas can be presented and tested, advancing scientific knowledge.

“Knowledge by itself is not worth anything unless it is communicated to others who can work on it and improve it,” Presani said.

Publishing the Higgs boson studies — first electronically and then in a print edition a few days later — is another step down that path.[divider]

So what is a Higgs boson anyway?

Higgs boson is often described as a tiny subatomic particle that gives other subatomic particles their mass. That is a mind-bending concept that sends some looking for analogies to help explain what it does. Here are a few:

An Encounter with Professor Higgs

A few years back Annelies van Dam met Professor Peter Higgs, who nearly 50 years ago predicted the existence of the sub-atomic particle that bears his name. Annelies, a Communications Consultant for Elsevier’s Global Internal Communications asked the physicist whether the search for the elusive particle could jeopardize the planet’s existence – a concern then roiling some segments of the media. Here is her recollection:

I was volunteering at the International Documentary Festival of Amsterdam in 2009, when I was asked to host a Q&A session with the makers of the documentary “Higgs.”

There had been a lot of talk in the media about CERN’s Large Hadron Collider and the fear some had that the search for the Higgs-particle would cause a new ‘Big Bang’ or create a black hole, destroying everything around us.

Professor Higgs was present at the screening of this documentary, and I was lucky enough to talk to him afterwards. I just had to ask him: Were these fears even remotely realistic? Of course, I joined him in a chuckle when he said this was nonsense, and there was absolutely no danger of the world coming to an end as a result of the experiments, but secretly I was very relieved to hear him say this![/note]

Len Maniace is an Executive Editor for Global Internal Communications at Elsevier. He worked 32 years as a journalist, mostly with Gannett in New York (The Journal News), reporting on science, medical, environmental, health-policy and government news, as well as serving as assistant city editor. He later covered breaking news in New York City for the New York Post. Outside of work, he leads an environmental sustainability program for a volunteer, nonprofit group in his New York City neighborhood of Jackson Heights, Queens. He is married and has two sons.