It is quite amazing. Up to about six months ago, no one mentioned loneliness. Loneliness is known to have a significant stigma to it, and while untold number of people are lonely, temporarily or continuously, people did not dare to discuss it out loud. Suzanne Gordon explained why in her book Lonely in America (Simon and Schuster, 1976). If I am lonely, that means that no one wants to be close to me. That means, simply, that I am not good enough. And in our couple culture, which adores successful people, I feel like a failure and am probably seen like that by others. I will, therefore, shut up so others do not see what a loser I am.

Hence, loneliness has become deeply stigmatized, and people simply do not talk about it. UK Prime Minister Teresa May’s appointment of a Minister for Loneliness made the public understand that it may be acceptable to openly talk about it.

However, it took the COVID pandemic to let the horse out of the stable. Loneliness has become a hot topic, a common complaint, and something that people openly discuss and wish to change.

Why the change? Nowadays, being lonely does not suggest our shortcomings as much as reality of COVID, which has forced individuals to be locked up at home.

To better understand loneliness and be able to address it effectively, certain concepts need to be clarified. Loneliness is not a feeling but rather an experience that has emotional and cognitive dimensions. Loneliness is painful and distressing and consequently we do not choose or enjoy being lonely. It is a subjective experience influenced by one’s personality, history and situational variables. (Rokach & Sha’ked, 2013).

Hearing the word loneliness often conjures images of being alone. And while being alone can, indeed, promote loneliness, being in a crowd – for example on a bus or in a theater of even surrounded by a loving family – we can also experience loneliness which is even more painful. However, the most painful loneliness is the one we may experience in an intimate relationship which lost its zest, excitement and intimacy (Rokach, 2019).

Loneliness is differentiated between reactive and essential.

The loneliness research I have conducted over the past 40 years identified five dimensions that construct the experience we term loneliness (Rokach & Brock, 1988; Rokach, 2019). Not all five must occur, but commonly if two or three occur, we term the experience “loneliness.”

These are concepts people often equate with loneliness but which differ in their cause or the experience they bring about.

Addressing loneliness in the era of COVID

Complaints about loneliness due to physical (rather than social) isolation are rampant. People wonder what they can do and how can they handle the forced social isolation. Clients who are seen for psychotherapy inquire about the best way to deal with the loneliness they experience.

The first step is for them to become aware of the difference between loneliness and solitude, and that being alone does not have to be construed as loneliness, for it could as easily be solitude. Earlier, I made a distinction between reactive and essential loneliness. Many who have been quite lonely prior to the COVID era, continued to experience loneliness during the forced physical isolation. These people will, unfortunately, continue to experience loneliness when the measures taken to fight COVID are be relaxed. That is part of their personality, and unless they engage in a lengthy individual psychotherapy, they may not be able to shake it on their own.

As humans, unlike what many may feel, we have control over how we survive and live through this unique period and what our days will look like. The problem arises for those under lockdown — they may feel helpless in this situation.

That brings to mind the concept of learned helplessness, advanced by the American psychologist Martin Seligman in 1972. There is a story that poignantly illustrates what it means. In India, there was a farmer who got a small young elephant as a present. He loved the animal and played with it, but when he tended his fields, he tied the elephant to a large wooden pole that was planted in the soil. The elephant did not like being tied for the whole day and attempted with all its might to free itself. After several days and realizing that the pole is planted firmly in the ground and cannot be moved, the elephant gave up and just stood there the entire day waiting for the farmer to free it. As the years passed, the elephant grew and reached the size and strength that could easily unearth the wooden pole to which it was tied. However, the elephant had learned in its infancy that once tied to the pole, it cannot free itself, and even when it grew and strengthened, it never even tried to unearth the pole.

That is an excellent example of learned helplessness, which is what many may feel since being ordered to remain at home. They seem to believe there is nothing they can do about it, no way to control their days and social connections. That is clearly incorrect.

Humans can indeed control their days, their actions, their choices and their perception of the situation. Yes, it is true that during this period, individuals are not able to visit their children, grandchildren or elderly parents. However, living in the 21st century, surrounded by technology, it is possible to connect with them even more intimately than when regular meetings take place. Intimacy is not closely linked to distance; it reflects our behavior and our ability to get closer to the ones we connect with.

Beyond that, visitations can take place within the limitations of standing six feet away from each other. It can be done as frequently as people wish to show our caring and connection. Instead of perceiving this period as one when we are forced to huddle at home and social connections are prohibited, there is a different way of viewing this period. Firstly, while physical connections are discouraged, social and intimate connections can flourish via the internet, phones, Facebook, etc. or by visiting our neighbors and loved ones without going into their homes and maintaining the required distance.

Not only did many take social connection for granted in pre-COVID days, they did not bother to remain connected simply because daily chores and responsibilities took over. Humanity is now going through a very special time that may not occur again during our lifetime. It seems that the world has stopped moving. Unlike what people got used to, the air is now clear, and people who yearn for social connection are kinder and greet each other. Being at home allows us to do various things we have wanted to do but did not have the time for.

It stands to reason that this period of isolation will not last much longer. It may be that while many cannot wait for life to once again be rushed and hectic, there are others who may not be prepared to return to the humdrum of “regular” life. It’s been quite good to take a breather, become more self-aware and get to ourselves and others better.

Read Dr. Rokach’s book: The Psychological Journey To and From Loneliness

Because of the relevance of this book to the COVID-19 pandemic, we have made it freely available until the end of this crisis. 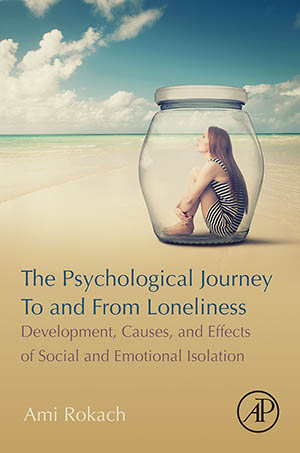 The Psychological Journey To and From Loneliness: Development, Causes, and Effects of Social and Emotional Isolation is written for social and clinical psychology researchers; mental health clinicians; and graduate level psychology students. Dr. Ami Rokach presents the latest research on the development, causes and effects of loneliness; outlines what can be done to limit the negative effects of loneliness; and looks at how childhood, cultural, religious and other influences can affect loneliness.

Two chapters in the book delve in the concepts Dr. Rokach writes about in this post:

Mindfulness for researchers: an approach for a healthier, more productive career 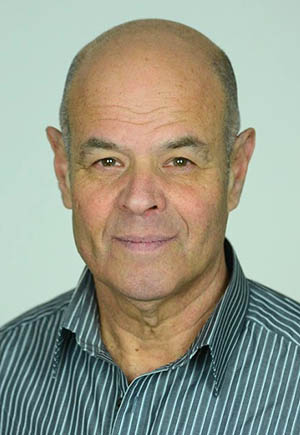 Dr. Ami Rokach is a clinical psychologist specializing in treating and researching loneliness, anxiety conditions and traumatic experiences. He is the Executive Editor of the Journal of Psychology: Interdisciplinary and Applied and teaches in the psychology departments of York University (Canada), The Centre for Academic Studies (Israel), and Walden University (USA). He is the author/editor of 20 books and over 200 academic papers.