Controlling protein intake may be key to longevity, studies show

While it's clear that diet can affect longevity, there's great uncertainty about which combinations of foods are best for attaining a long and healthy life. Now two groups of researchers publishing in the March 4 issue of the Cell Press journal Cell Metabolism each suggest that low protein intake may be a key factor, at least until old age. 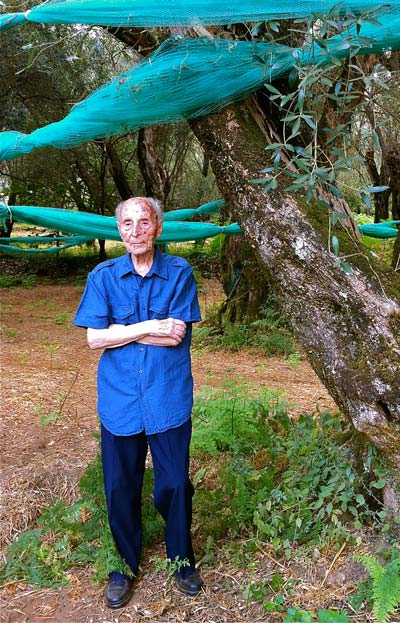 The first study suggests that consuming moderate to high levels of animal protein prompts a major increase in cancer risk and mortality in middle-aged adults, while elderly individuals have the opposite result.

Meanwhile, the second team of researchers found that a high-protein, low-carbohydrate diet led to a shorter lifespan in mice.

Both studies find that not all calories are created equal — diet composition and animal protein intake are key players in overall health and longevity.

"We studied simple organisms, mice, and humans and provide convincing evidence that a high-protein diet — particularly if the proteins are derived from animals — is nearly as bad as smoking for your health," said the Dr. Valter Longo, Professor of Gerontology/Alzheimer's Research/Cancer Research, Biological Sciences at the University of Southern California, who is the senior author of one of the papers.

By analyzing information on 6,831 middle-aged and older adults participating in NHANES III, a nationally representative dietary survey in the United States, Dr. Longo and his team found that individuals aged 50–65 years who reported eating a high-protein diet (with more than 20 percent of their calories coming from protein) were four times more likely to die of cancer or diabetes and nearly twice as likely to die from any cause in the following 18 years. Also, a moderate-protein diet was associated with a 3-fold increase in cancer mortality. These effects were either abolished or reduced in individuals eating a high-protein diet that was mainly plant based. For people older than 65 years, however, the effects on mortality were reversed: those who consumed high amounts of protein had a 28 percent reduced risk of dying from any cause and a 60 percent reduced risk of dying from cancer. Similar beneficial effects were observed for the moderate-protein-intake group.

The researchers found that the effects of protein on an individual's risk of dying may be caused in part by the activation of growth hormone and the growth factor IGF-1. "Notably, the activity of these factors, but also body weight, declines naturally with aging, which may explain why older people not only did not benefit but appeared to do worse if they ate a low-protein diet," Dr. Longo explained. Additional experiments in mice suggested that aging reduces the body's ability to absorb or process proteins. Also, experiments in cells revealed that certain amino acids, which make up proteins, can reduce cellular protection and increase DNA damage, both factors that are likely to be at the center of the cancer-promoting effects of proteins in humans.

In the second study by Simpson's group in Australia conducted in hundreds of mice on 25 different diets, investigators who examined the effects of protein, fat, and carbohydrate on energy intake, metabolic health, aging, and longevity found that a high-protein, low-carbohydrate diet resulted in reduced food intake and body fat, but it also led to a shorter lifespan and poor cardiometabolic health. A low-protein, high-fat diet had the most detrimental effects, while a high-carbohydrate, low-protein diet was best, resulting in longer lifespan and better cardiometabolic health, despite also increasing food intake and body fat. The researchers also found that, contrary to popular opinion, calorie restriction had no beneficial effect on lifespan. Caloric restriction without malnutrition has been consistently shown to increase longevity in a number of animal models, including yeast, worms, and mice.

"The advice we are always given is to eat a healthy balanced diet, but what does that mean? We have some idea, but in relation to nutritional composition we don't know terribly well," said co-author Dr. David Le Couteur, Professor of Medicine at the University of Sydney's Charles Perkins Centre in Australia. "This research represents an important step in finding out."

The investigators predict that a diet with moderate amounts of high-quality protein that is also relatively low in fat and high in complex carbohydrates will yield the best metabolic health and the longest life.

"We have shown explicitly why it is that calories aren't all the same—we need to look at where the calories come from and how they interact," said senior author Dr. Steve Simpson, Professor and Academic Director of the Charles Perkins Centre. "This research has enormous implications for how much food we eat, our body fat, our heart and metabolic health, and ultimately the duration of our lives."

The articles are freely available on the Cell Press website and ScienceDirect for two months, until May 4, 2014:

This is not a nutrition story, it was not published in a nutrition journal, it was not carried out by anyone in the nutritional sciences, and the results do not support the outrageous claims made by doctor Longo in the press release and in the headlines. Did you know that doctor Longo owns a company which produces a plant-based meal substitute? I have not seen this mentioned in any of the news stories.

Cell Metabolism publishes papers that represent breakthroughs in our understanding of metabolic biology. Dr. Longo’s paper represents a novel advance in the field of metabolism. After a rigorous peer review and editorial process, the paper was deemed appropriate for publication within the aims and scopes of Cell Metabolism. In the same issue, an independent extensive study from Dr. Simpson’s group in Australia reported similar findings in mice. The press release circulated by Cell Press (http://www.eurekalert.org/pub_releases/2014-03/cp-cpi022714.php) focuses on the methods and results of both studies. Dr. Longo’s involvement with L-Nutra, a company that develops medical food, is disclosed in the Acknowledgments section of the paper.

As a biochemical engineer with nearly 30 years of complex problem solving expertise behind me, may I beg to differ on the content of your summary. I'm afraid the Study in question contains grievous and egregious breaches of engineering and statistical inference, never mind the biochemistry aspects - I elaborate in my quick summary posted below; I would be very interested in your thoughts - mine is that engineers should be carrying out this kind of analysis, and microbiologists should, sadly, stick to microbiology:

It's been known that we don't need to eat &quot;protein&quot; our bodies make enough protein if we give it the proper nutrients. Check it out.