Findings could lead to new kinds of antibiotics for drug-resistant infections and "superbugs," researchers say 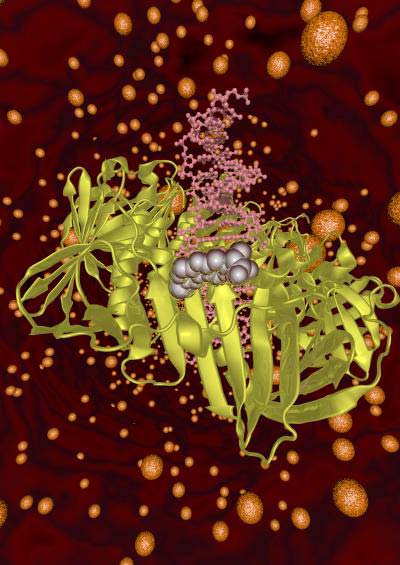 Some commonly used drugs that combat aches and pains, fever, and inflammation are also thought to have the ability to kill bacteria. New research appearing online today in the Cell Press journal Chemistry & Biology reveals that these drugs, which are NSAIDs (non-steroidal anti-inflammatory drugs), act on bacteria in a way that is fundamentally different from current antibiotics.

The discovery could open up new strategies for fighting drug-resistant infections and "superbugs."

"We discovered that some anti-inflammatory drugs used in human and veterinary medicine have weak antibiotic activity and that they exert this secondary activity by preventing bacteria from copying their DNA, which they need to do in order to multiply," explained senior author Dr. Aaron Oakley, Associate Professor in the School of Chemistry at the University of Wollongong in Australia.

The researchers analyzed three NSAIDs: bromofenac, carprofen, and vedaprofen. The more commonly known NSAIDs, which include aspirin, ibuprofen and naproxen, were not tested.

Dr. Oakley and his team identified that anti-inflammatory drugs bind to and inhibit a specific protein in bacteria called the DNA clamp. The DNA clamp, which is conserved across bacterial species, is part of an enzyme that synthesizes DNA molecules from their nucleotide building blocks.

The discovery comes at a time when there is a pressing need for new classes of antibiotics. "The fact that the bacteria-killing effect of the anti-inflammatory drugs is different from conventional drugs means that the NSAIDS could be developed into new kinds of antibiotics that are effective against so-called superbugs," said Dr. Oakley. "This is important because the superbugs have become resistant to many — and in some cases most — of the available antibiotics."

This article is freely available on the Cell Press website for two months, until May 13, 2014: Chemistry & Biology, Yin et al.: "DNA Replication is the Target for the Antibacterial Effects of Non-Steroidal Anti-Inflammatory Drugs."[divider]