China reins in on identity fraud over concerns of author, reviewer authenticity 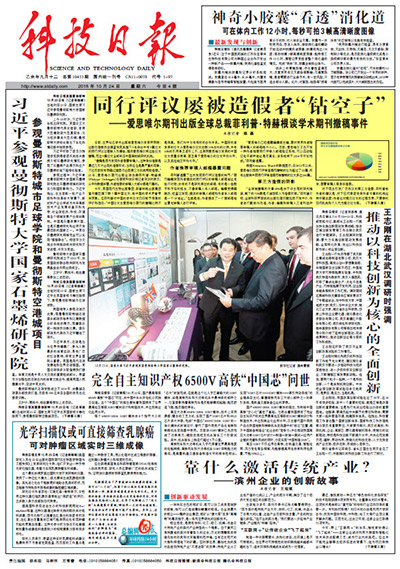 Amidst the silver lining in China’s steady and phenomenal growth in scholarly output, there has been increasing concern in the academic community over author authenticity in article submission.

CAST’s objective stemmed from the recent rise in ethical violations by Chinese authors in international journals.

In an unrelated development, Elsevier’s retraction of nine articles from five of its journal titles over fake peer review – part of the company’s standard process to uphold publishing integrity and maintaining content quality – generated community-wide and engaged discussions  in China.

The reason? The nine retracted articles were found to have undergone peer review manipulation, and all of them originated from China-affiliated authors.

Dr. Philippe  Terheggen, Elsevier’s global Managing Director of STM Journals, weighed in on the topic of research integrity and ethical issues in scholarly publishing, explained the role of a publisher and clarified the true state of affairs in China to a group of media representatives at a recent engagement  in Beijing.

The full article in Science  & Technology Daily is translated and reprinted below with permission of the news publication.

“Elsevier retracted the nine articles because the cases involved authors posing as their own peer reviewers, a new and emerging trend of identity fraud which, by far, is the most serious in recent years,” Philippe Terheggen, Elsevier’s Managing Director of STM Journals, told Science & Technology  Daily in an interview. “Currently, we do not have enough evidence to suggest the presence of third parties behind these cases of identity fraud. Our data is showing that most of the reviewers who have been suggested by authors are authentic and reliable.”

In 2015, BioMed Central and Springer retracted dozens of Chinese articles, casting a shadow on the reputation of China’s research community. However, Terheggen continues to hold Chinese-authored papers in high regard. “Retractions of papers authored by Chinese researchers from Elsevier journals  are not high. We’ve established a strong collaboration with China’s research community, and Chinese-authored papers account for 14% of everything Elsevier publishes. These papers enjoy a 30% citation rate that is growing, indicating that the quality of Chinese papers publish by Elsevier is  high. The citation rate is higher than that of all papers published by Elsevier and those from other regions.”

Terheggen went on to elaborate on the details of the identify fraud: “Our journal editors were suspicious of the email addresses of the reviewers suggested by authors as they weren’t proper email addresses that belonged to accredited research institutes. These email addresses were made up  of a combination of alphanumeric characters that’re not typical. Upon further investigation, we found that for all suspected cases, the IP address of both the author and reviewers suggested by them were the one and the same, thus concluding that authors were posing as their own reviewers.

“Since the discovery of these incidents, Elsevier has constantly reminded its editorial board to take a cautious approach when dealing with peer reviewers suggested by authors, and to always perform a check to validate the email addresses,” Terheggen highlighted. “Currently, Elsevier  is developing an automated validation system of reviewers’ email addresses, which we hope to complete by early 2016.”

According to information from Retraction Watch, Elsevier has retracted more than 20 articles due to fake peer review since 2012, while the total number of retracted articles from all publishers for the same reason accounts for more than 260 over the same period.

The Shadow Cast by Fraudulent Practices of Third Parties

According to Terheggen, 28% of all retractions were due to honest scientific error while the remaining 72% stemmed from academic misconduct, specifically fabrication and falsification. Common ethical issues facing the global scientific community include bad brokers, plagiarism and fabrication; conflict  of interests amongst authors, editors and reviewers; as well as identity fraud.

On the topic of third parties and bad brokers which is currently generating a national discussion, Terheggen suggested for authors to be wary of agencies that guarantee article publication and called for authors to be fully responsible for submission of their articles, which must not be delegated to  anyone.

Terheggen continued to elaborate that publishers do collaborate with bona fide and accredited third party organizations. However, third parties that provide questionable and dubious services will not proactively engage with publishers. Terheggen provided an example where an Elsevier journal signed an  agreement with a conference organizer from Malaysia to publish a special supplement of the conference papers. However, there was no such conference.

Data shows that retractions only account for less than 0.02% of all published articles of which over 50% of these retractions are traced to 15 individual authors.

“There is a general feeling that the number of retractions is increasing, but this is due to the growing volume of articles submission and publication, and the fact that advanced technology is making it easier for us to detect fabrication and falsification easily now,” explained Terheggen.  “In fact, article retraction is growing at a slower rate than the 4% annual growth rate of article publication, so the problem isn’t as serious we’d thought.” 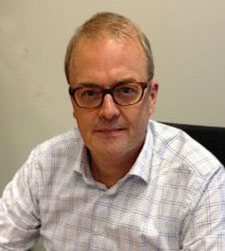 "There is a general feeling that the number of retractions is increasing, but this is due to the growing volume of articles submission and publication, and the fact that advanced technology is making it easier for us to detect fabrication and falsification easily now."

According to research data published by the Proceedings of the  National Academy of Sciences USA (PNAS), which reviewed all 2,047 biomedical and life science research articles that were retracted by PubMed on May 3, 2012, countries that have a high publication volume tend to retract the most papers. The top three countries that have the most retractions are the  U.S., Germany and Japan, making up about 70% of all retracted papers. China is ranked 4th.

Terheggen commented that article retraction is an issue the global research community faces, and not one that only exists in China. Ethical issues are not confined to specific geographies or scientific disciplines. Solving these issues require collaboration and commitment from the entire global scientific  community of authors, institutions, funding bodies and publishers to uphold clear ethical standards (such as the recent guidelines from CAST) as well as establishing a strong curriculum on ethics for young researchers.

In order to promote robust publishing ethics, Elsevier upholds total editorial independence and safeguards both the quality and integrity of the content it publishes. According to Terheggen, all policies concerning ethical practices are clearly and prominently spelt out in Elsevier’s Guide for  Authors. All authors submitting their articles via Elsevier’s submission system must provide mandatory declaration of ethical practices concerning the authored articles.

Terheggen also discussed the various measures Elsevier has taken to prevent manipulation of the peer review process. Since 2012, there has been a major increase in the security levels of its editorial systems. Elsevier also provides education modules on preventing author abuse of suggested reviewers  and equipping editors with the Scopus database to validate the email addresses of reviewers suggested by authors. In addition, Elsevier has invested in the upgrading of its “Find Reviewers” tool in 2014 to include the function of identifying and searching for independent reviewers.

According to Terheggen, 20% of reviewers are author-suggested while the remaining 80% comprise of those recommended by editor-in-chiefs from their academic network and those identified by reviewer search tools. “The system will recommend reviewers with a similar academic background to authors.  However, these reviewers are not amongst the authors’ networks, have not previously worked with the authors and are not from the same organization as the authors,” Terheggen pointed out.

Meanwhile, Elsevier is also using CrossCheck to detect plagiarism. Every new article submission to Elsevier’s editorial system is automatically sent to CrossCheck, and all retracted articles are clearly and prominently stamped as “RETRACTED” in Elsevier’s ScienceDirect database.  If one of the author’s articles is found to be fraudulent, it will create a rolling effect where all of the author’s previously published works will be examined.

Terheggen also commented that Elsevier invests significant resources in dealing with academic and publishing misconduct through improvements to the submission system and editorial process as well as plagiarism detection using advanced technologies. However, he emphasized that it’s even more important  but challenging in preventing such practices which involves policy development around education, fostering understanding of international practices and knowledge exchange. Terheggen also stressed that researchers should not be evaluated based solely on the quantity of the articles they publish but on  the quality.

In addition, Elsevier is also working on promoting trust in science that includes access to original research data, transparency of author contributions and the publication of negative outcomes. “In order to help researchers avoid the same mistakes that previous researchers made, we’re considering  a journal that will publish negative outcomes. If authors submit their research design and hypotheses, we will publish the articles about the research processes and results, including Phase III trials, even though the research may have failed. We think such research results are also important and of  value to the community,” said Terheggen.

Outlined by the China Association for Science &Technology (CAST)

Based in Singapore, JasonChan is the Director of Corporate Relations forAsia Pacific and leads all corporate, media and policy communications effortsacross the region as well as acting as a central communications counsel andresource for Elsevier senior management in Asia. He is a communicationspractitioner of 19 years, having worked at EMC International, SeagateTechnology and Hill & Knowlton. He has a BA degree in Mass Communicationsfrom the RoyalMelbourne Institute of Technology (RMIT)in Australiaand joined Elsevier in June 2013.