They have a strong ranking in the knowledge economy, but more progress is needed for women in decision making

A 2012 report called Scorecard on Gender Equality in the Knowledge Society found that the number of women in the science, technology and innovation fields is “alarmingly low” in the world’s leading economies, and is on the decline in others, including the US.

This series of gender benchmarking studies was led by Dr. Sophia Huyer, founding Executive Director of Women in Global Science & Technology (WISAT), and Dr. Nancy Hafkin, Senior Associate of WISAT, and key findings were presented in an Elsevier Connect article in October.

It maps the opportunities and obstacles faced by women in science across the US, European Union, Brazil, South Africa, India, Korea and Indonesia. The seven reports were conducted by experts in international gender, science and technology issues from WISAT and the Organization for Women in Science for the Developing World (OWSD) and funded by the Elsevier Foundation.

Now, Dr. Huyer and Dr. Hafkin present the findings for each country individually in a series of articles for Elsevier Connect. 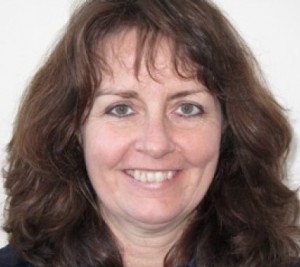 Dr. Sophia Huyer is Senior Advisor to OWDF. She is also Executive Director of WISAT and affiliated with the Gender Advisory Board of the UN Commission on Science and Technology for Development (GAB-CSTD). She was a main contributor to the 2011 UN Conference on Trade and Development (UNCTAD) report Applying a Gender Lens to Science, Technology and Innovation, as well as the 2007 UNESCO International Report on Science, Technology and Gender. She co-edited Cinderella or Cyberella? Empowering Women in the Knowledge Society, published by Kumarian Press in 2006. She is currently leading the OWSD-WISAT project on National Assessments in Gender and STI funded by the Elsevier Foundation and the Swedish International Development Agency (SIDA) as well as GenderInSITE, a global collaborative initiative to promote gender in science, innovation, technology and engineering for development.

Dr. Huyer held a Fulbright Fellowship at the Kennedy School of Government at Harvard University in 2000 and was a jury member for the Anita Borg Institute Social Impact Award in 2007. She received a PhD in environmental studies and international development from York University in Toronto.

Recently inducted into the Internet Society’s Internet Hall of Fame, Dr. Nancy Hafkin played a key role in developing Africa’s ICT (information and communication technologies) infrastructure through her work with the UN Economic Commission for Africa. She also worked with the Association for Progressive Communications to provide email connectivity to more than 10 countries there. In 2006 she co-edited Cinderella or Cyberella: Empowering Women in the Knowledge Society with Dr. Huyer, and in 2012 she authored a chapter on gender issues for Accelerating Development Using the Web: Empowering Poor and Marginalized Populations, edited by George Sadowsky.[divider] 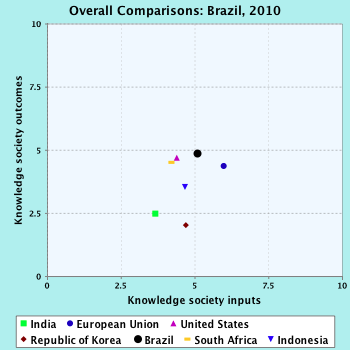 Brazil ranks just behind the European Union and the United States in its overall standing among countries studied, coming in above even the Republic of Korea. While it is third overall, Brazil is first in women's participation in the knowledge economy and science, technology and innovation, as well as in women’s agency. It is second in health, opportunity and capability and enabling policy, and third in social status, economic status and access to resources. However its low ranking (fourth of seven) in knowledge society decision-making shows where improvement needs to be made in addition to those areas where it ranks third.

This impressive showing can be attributed to a range of factors, including a strong emphasis on addressing social issues and reducing social inequalities. Specifically gender equality and women's rights have been a strong theme in the country, with steps taken to increase women's rights both inside and outside the home, increase their participation in education and employment, and improve their access to contraceptives.

Brazil makes substantial investment in S&T, an area in which women have been heavily involved. The country is the largest national investor in science and technology in Latin America and the Caribbean – at about 1.4 percent of its GDP. It has also implemented substantive policies and programmes to support S&T education for all, including substantive funding to research and education. It is particularly notable for the lead of women in education and in research. The availability and transparency of scholarship awards, particularly at graduate level and in science and technology, have aided women’s substantial participation.

Brazil is no exception to the tendency of female life expectancy at birth to exceed that of males, with women now averaging 76 years. There has recently been an important increase in the proportion of years that both women and men expect to live in a condition of good health (Healthy Average Life Expectancy).

Women in Brazil are less likely to suffer HIV/AIDS or malaria than men.  Similarly female incidence for tuberculosis and hepatitis B and C has decreased more during the last decade. 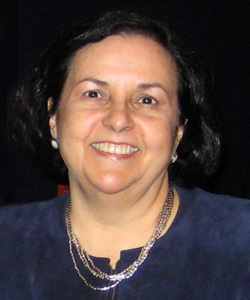 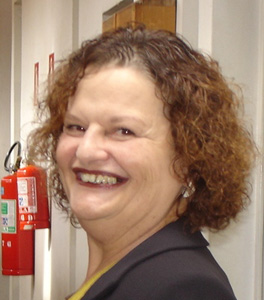 In the last 10 years, there has been substantial attention to social issues and reducing social inequalities in the country. TheBolsa Familia(family stipend) has been particularly positive in reducing poverty, thus positively affecting many women. The introduction of paid maternity leave is another major advance. Women have had greater access to and use of contraception, leading to a drop in fertility and an increase in their labor force participation. Their rights have expanded in the home, the work place and in land ownership.

While female workload relative to that of men has increased over the decade, Brazil is the only country studied in which men’s unpaid work exceeds that of women. At the same time average hours dedicated to household tasks have decreased for women, both economically active and non-economically active. Black women show a slightly higher working hour average at home than non-black women, though averages have been reduced for both groups.

With relative economic stability between 2001-09, Brazilian women have remained economically active and in a position to take advantage of new work opportunities in the industrial and service sectors, while attaining higher levels of education. Women make up a large minority in the labor market, with a share of 42 percent in 2001 and 44 percent in 2009. This increase has been accompanied by growth in women’s share (to 43 percent in 2009) of the employed population. Women tend to concentrate in the service sector, where their participation has increased in comparison to males. Women are also making their way into industry, representing a quarter of those working in the sector in 2009.

Formal employment grew in Brazil between 2001 and 2009, benefitting both women and men. However, women continue to be overrepresented in the informal economy as domestic workers. At the end of the last decade, women’s wages averaged only two-thirds of men’s. Attaining tertiary education has helped women in full-time formal employment increase their share of to 85 percent of male income. Women in the poorest quintile remain particularly vulnerable to unemployment. The majority of women in this quintile are living alone with their children.

Brazilian legislation does not discriminate against women concerning access to land, any other property, inheritance or bank loans. The substantial growth in access to Internet and cell phones has benefited both sexes, with a small difference favoring men.

Brazil ranks just behind the European Union and the United States in its overall standing among countries studied, coming in above even the Republic of Korea. While it is third overall, Brazil is first in women's participation in the knowledge economy and science, technology and innovation, as well as in women’s agency. It is second in health, opportunity and capability and enabling policy, and third in social status, economic status and access to resources. However its low ranking (fourth of seven) in knowledge society decision-making shows where improvement needs to be made in addition to those areas where it ranks third. 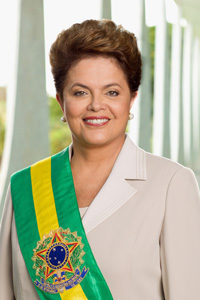 The profile of women in Brazil has been raised significantly since the election of its first woman president, Dilma Rousseff, in 2010, with the number of female ministers increasing to an all-time high. However, political power and influence remain in the domain of men at all legislative levels, from the cabinet office to Senate to municipal chambers. At the same time, women occupy more than 50 percent of senior positions in political parties.

As noted, Brazilian women have done well is taking up opportunities made possible by the growing education system, especially in scholarships and research support. Gender parity and almost universal access characterize both literacy rates and primary education enrollment, while females surpass males in both secondary and tertiary education enrollment.

The Constitution of 1967 established the principle of equality between men and women and included measures against discrimination in the labor force. The 1988 Constitution advanced social rights and expanded the definition of the family, including female-headed households. In 1985 the National Council for Women's Rights (Conselho Nacional dos Direitos da Mulher - CNDM) was created in the Ministry of Justice to promote policies to bar discrimination against women and strengthen their participation in political, economic and cultural activities. In 2003 it became the Special Secretariat for Women’s Policies with ministerial status under the Presidency of the Republic. Science and technology is a priority area for the secretariat.

There have been significant increases in women’s share in decision-making positions over 2000-10. Although women continue to be a minority in elected political office, the proportion of women as state governors more than tripled in 2010 compared to 2000. An increase is also noted for mayors, although not as large.

In the private sector, the shares of women in president-CEO, vice president and director's positions have increased over the decade as well as in lower-level management positions. Female membership in the Brazilian Academy of Sciences is not high in percentage, although it compares favorably with academies of science in other countries, which are heavily, male-dominated almost everywhere.

Women in the knowledge economy

Women comprise nearly half of all the labor force category of legislators, senior officials and managers and slightly more than half of technicians and associate professionals.

While females make up over half of students at the tertiary level overall, their representation in science, technology and engineering subjects is lower, as is true for all the countries in this study. Females are a majority of students in health subjects  (58 percent) and biological (62 percent) sciences, and 47 percent in agricultural sciences.

Again as in all other countries, women’s representation in the science, technology and engineering workforce drops dramatically (although female enrollments have increased 17 percent in engineering since 2000), with women comprising about two-fifths of the workforce in this area. Women outnumber men in biological and health sciences research, humanities and social sciences research, as professors of biological, health and education sciences, of language and literature, and of arts – and show small increases in representation in other fields still dominated by men. Women's representation as researchers in all disciplines is fairly positive: although women are the majority in this category, research group leadership tends to be dominated by men.

Entrepreneurship measures by gender for Brazil show that in 2010 women established approximately 17 percent of nascent enterprises, and ran 29 percent of businesses employing more than one person.

Brazil is an example of a country with both a highly enabling policy environment for women and effective implementation strategies. However, more progress is needed to involve women in knowledge society decision-making, where their numbers in leadership do not reflect their overall numbers in the field.