Autumn is getting later – just ask the trees, birds and butterflies 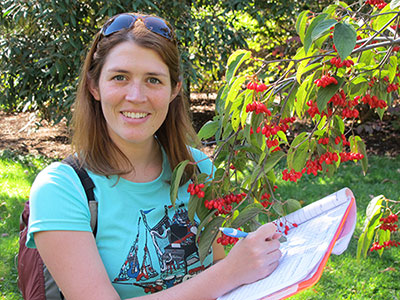 After being comparatively neglected by ecologists, autumn presents some exciting opportunities for climate change research.

Leaves change from green to vibrant yellows, oranges and reds, and then fall from the trees. Ripe, fleshy fruits cling to shrubs and trees. Migrating warblers and other birds arrive to feed on the fruits, then disappear again on their southward journey, and the summer’s rife insect life largely fades away. Autumn is upon us.

In some years, autumn progresses gradually and merges into winter as the weather slowly cools, but in other years, early frosts rapidly advance the season. These patterns are important for ecologists. We now realize that the timing of autumn biological events that occur in response to environmental cues are increasingly affected by climate change. In many temperate areas, warmer weather in September, October and November is allowing leaves to stay green longer, insects to remain active and sometimes even complete an additional generation, and some birds to delay their annual departures to the south. These changes are impacting the interrelationships of species and carbon exchange in temperate forests. 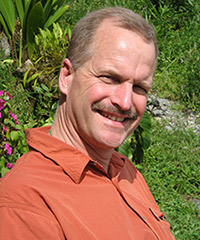 Despite the ecological importance of autumn events, most research on how climate change affects the timing of seasonal biological events has focused on the spring. As we describe in a recent article in Trends in Ecology and Evolution, there are three times as many articles about the effects of climate change on spring phenomena than articles about climate change and autumn. Unfortunately, this enthusiasm for spring has left the autumn season comparatively neglected in climate change research.

Much of this neglect is because autumn events like leaf senescence, fruit ripening, insect diapause, and autumn bird migration are more temporally extended and sometimes less visually apparent than their spring counterparts, and autumn events are driven by more complex environmental factors. Moreover there is considerable contingency built into the autumnal response of plants and animals, built around the uncertainties of fall weather events. For example, the emergence of new leaves from the buds of trees in the spring is typically a sudden and dramatic event lasting one or two weeks, driven largely by spring temperature. 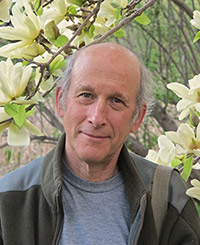 In contrast, the color changes and dropping of leaves in autumn occurs gradually over many weeks, making it more difficult to monitor. This process also occurs in response to a complex of environmental factors, including temperature, rainfall, drought, frost events, photoperiod, accumulated insect damage and other factors. There has even been a suggestion that the date of budburst in the spring can influence the timing of leaf color change and leaf drop in autumn if there is fixed length of time that green leaves can persist on a tree. Ecologists are now starting to study and disentangle how such complex factors affect the changes that we see in autumn.

Our article aims to bring autumn into the spotlight by considering the relatively sparse research on the effects of climate change on autumn phenomena, identifying important gaps in our knowledge, and by providing recommendations for future research. We identify five key questions ripe for research in the field of autumn phenology:

1. What factors cause leaves to senescence, birds to migrate south, and insects to enter dormancy in the autumn?

Temperature is the primary trigger for the start of biological activity in the spring, but senescence and dormancy in the autumn is probably driven by multiple factors interacting in complex ways, with considerable bet hedging and plasticity wired into the triggering mechanisms. For example, mild temperatures in September and October and the absence of frost appear to allow tree leaves to stay green longer. However, high temperatures and lack of rain in August and September can lead to drought and early leaf senescence.

2. What are the best methods for studying autumn? 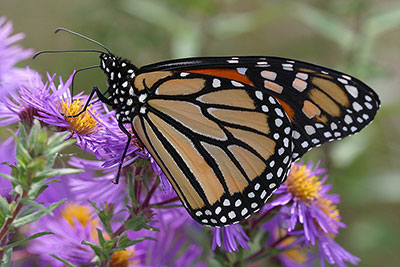 Many spring phenomena are studied by recording the first date that a biological event is visible, such as the first tree swallow or monarch butterfly observed in the spring. The observer may be done with that species for the season once that first individual is recorded. It is much harder to observe the last tree swallow to depart in the autumn, or the flight of the last monarch butterfly, as this would require repeated observations through the end of the season to ensure a true last sighting. Therefore, ecologists need to develop special procedures to monitor and describe the end of the autumn season for many plant and animal species, such as more continuous daily recording of activity patterns, rather than defining autumn events as a single date.

3. How does a longer autumn affect the ability of trees to extend the growing season and absorb carbon dioxide from the atmosphere?

Ecosystems ecologists are actively studying how a longer growing season will affect many basic processes in temperate forests. While a warmer autumn might allow trees to photosynthesize longer into the season and take up more carbon dioxide, there is also evidence that a longer autumn and a warmer growing season will allow a more rapid and extended breakdown of leaf litter, which can yield a net increase in carbon dioxide back into the atmosphere. While a warmer autumn would mean a longer growing season, we still don’t know if this will lead to greater overall tree growth and wood production.

4. How will a warming climate in autumn affect the ability of invasive species, pests, and pathogens to increase in abundance, with potential harm to native species?

Many invasive and pest species are held in check by cold weather in autumn and winter and a short growing season. There is a growing body of literature indicating warmer climates and delayed onset of winter allows some invasives, pests, and pathogenic species to increase in abundance. For instance, warm temperatures extending into the autumn have resulted in population increases of ticks and mosquitoes as well as the diseases that they transmit, such as West Nile Virus and Lyme disease. After most migratory birds have departed in the fall, mosquitoes feed on a higher proportion of mammals, including rodents, deer and even humans, until eventually cold temperatures force the mosquitoes into diapause.

There are also growing numbers of examples of insect pests, such as bark beetle populations in the Rocky Mountains, that are increasing in abundance with warmer temperatures, with concomitant increases in tree mortality, especially in areas where trees have already been stressed by drought. In the Eastern United States, mild winters allow a non-native invasive insect called the wooly adelgid to overwinter more successfully and spread further north, too often with devastating consequences for native hemlock tree stands.

5. How is a changing climate affecting the interactions of species, and potentially changing ecological synchrony?

If closely-interacting species do not react in the same way to warmer autumn temperatures — for instance, if one species of an interacting pair advances its autumn timing and the other experiences a delay — there is the potential for them to move out of synchrony from one another and into synchrony with others. For instance, as warmer temperatures lead to earlier flowering of native plants like black cherry and blueberries, we might expect an earlier onset of fruit maturation (and indeed, earlier fruit ripening has been observed in Europe and North America). 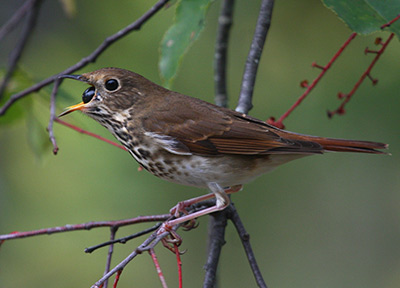 However, some of the migratory bird species for which these fruits are an important autumn food source, such as the hermit thrush, are now migrating later in the autumn. So what do late-autumn migrants eat as native fruits become sparse in October and early November? One possibility is that non-native invasive plants with fleshy fruits, such as bittersweet, multiflora rose, and Japanese barberry, may fill the void. The birds in turn disperse the seeds of these invasive species, allowing them to spread even further and increase in abundance, too often at the cost of our native flora and fauna.

More research on the topic of birds and fruit dispersal in autumn is important for the future of land and species management, as links between migration timing, bird nutrition, and invasive species dispersal should be used to inform invasive species removal strategies and native plantings in conservation areas.

A role for citizen scientists

One opportunity for expanding autumn research is to encourage citizen scientists to extend their spring efforts to monitor and record observations in the autumn for networks like the National Phenology Network, Project Budburst and eBird. Information on the timing leaf color change and falling times, fruit color changes and insect flight times, particularly for iconic groups such as bees, butterflies and dragonflies, would be very useful for tracking changes over time. In addition, more people should be trained to recognize and observe non-native insect pests and the symptoms of disease that manifest themselves in the autumn and that could be increasing in severity with milder autumns.

In summary, attention and enthusiasm for examining the ecological effects of climate change on autumn is rapidly increasing. We hope that our synthesis of existing knowledge and recommendations for expanding work on climate change and autumn phenology will be beneficial to current and future autumn researchers, and to the land managers who will need to effectively manage natural resources and biodiversity in the face of a changing climate.

Elsevier’s Cell Press has made this article freely available until January 15, 2016:

Trends in Ecology & Evolution (@Trends_Ecol_Evo), published by Elsevier's Cell Press, is a monthly journal that contains polished, concise and readable reviews, opinions and letters in all areas of ecology and evolutionary science. It aims to keep scientists informed of new developments and ideas across the full range of ecology and evolutionary biology — from the pure to the applied, and from molecular to global.

Amanda Gallinat (@amandagallinat) is a biology graduate student at Boston University who uses observations, historical data sets, and experiments to study the effects of climate change on plants and animals in autumn. For the past three years, she has also been an editorial assistant working on Elsevier’s journal Biological Conservation.

Dr. Richard Primack is the Editor-in-Chief of Biological Conservation. He is a professor in the Biology Department of Boston University, and studies the effects of climate change on the plants and animals of Massachusetts using the observations of Henry David Thoreau in the 1850s.

Dr. David Wagner is a professor in the Department of Ecology and Evolutionary Biology at the University of Connecticut. His research interests include insect systematics, plant-insect relationships, and invertebrate conservation.