Each month, the Elsevier Atlas Award recognizes research that could significantly impact people's lives around the world. The April award goes to Dr. Hyoungjong Kim and Prof. Dong-Eun Rhee for their June 2019 article in the International Journal of Educational Development:

There were 262 million children and young people out of school globally in 2017. That’s the equivalent of the entire population of Indonesia. And there’s a significant gender gap too – girls are much less likely to have access to education than boys.

Yet education is a basic right – and a fundamental element of a sustainable global economy. This is reflected in the Un’s Sustainable Development Goal 4: “Ensure inclusive and equitable quality education and promote lifelong learning opportunities for all.” Specifically, this includes ensuring that all children – girls and boys – complete their primary and secondary education. 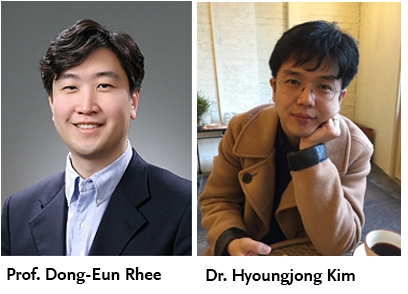 One way to improve attendance rates might come as a surprise: provide toilets at school. In their Atlas-Award-winning study in the International Journal of Educational Development, researchers Dr. Hyoungjong Kim of the Korea Culture & Tourism Institute and Prof. Dong-Eun Rhee of Korea University show how providing toilets in schools could help improve attendance and close the gender gap in education.

In the study, the researchers analyzed data from schools in Kenya collected between 2013 and 2015 and looked at how many students attended compared to those enrolled. With that attendance ratio, they could look at the effect of access to toilets on attendance. In the dataset they used, 51 schools had no female toilet, 64 had no male toilet, and 39 had no toilets for students at all. They calculated the number of toilets per student for each school.

The results showed that as the number of available toilets per student increased, so did attendance – the more toilets, the more kids went to school.

More specifically, the effect was greater for older students and for girls. This, say the researchers, suggests that privacy concerns are important for adolescents and that this has an impact on their school attendance.

“We can conclude that the effect of school toilet provision on attendance is greatest for upper grade female students,” said Prof. Rhee. “This may show that female students face more critical problems from the lack of toilets then male students do. Girls are at risk of being molested and are vulnerable to sexual harassment without sex-specific toilets.”

Read about the study in the news (in Korean)

Despite the drive from STG 4 to increase access to education, there are concerns that low and lower-middle-income countries are unlikely to meet the goal by 2030. According to the Global Education Monitoring Report, this would require countries to increase their spending from $149 billion in 2012 to $340 billion in 2030 – 6.3 percent of their gross domestic product (GDP). And when the SDGs were launched, UNESCO estimated that quality and universal education would need an additional $22 billion a year in external funding.

Toilets, then, may be a relatively low-cost, concrete intervention that could have a significant positive impact on school attendance. Prof. Rhee noted several other factors affecting attendance, such as child labor, the change in social culture and school feeding programs. All of these are on the agenda, but they are complex and require long-term budget and financing. In contrast, he says, providing toilets is a clear, one-off investment.

“We can easily see the school toilets, and it would take only a few weeks to build them,” he said. “The cost of building toilets would need one-time budget from the government, whereas most of the other goals would need multi-period budgets.”

His suggestion is to set a standard first step of providing sex-specific school toilets. “Sex separated school toilets will increase students attendance rate for both boys and girls,” he said. “Moreover, it will make it easier for female students to attend school. Higher attendance rates will lead to higher enrolment rates, and in turn, this will increase the performance of education in developing countries.”

The simplicity of the intervention is something that caught the eye of Prof. Stephen Heyneman, the Editor-in-Chief of the International Journal of Educational Development. He commented:

Over the years, the literature on education and development has become increasingly sophisticated. But while the methods of progressed, the questions being asked have sometimes bypassed the obvious. The reason this article is so important is that it uses a data set over time with large scale policy implications to approach a question which has often been over-looked. Do children (i) attend with more regularity and (ii) do better in school if there are adequate toilets available? The answer is yes, and the answer is particularly clear with respect to prepubescent girls. The IJED is honored to publish the results of this work because it may be instrumental in establishing long overdue minimum standards needed for all primary schools. 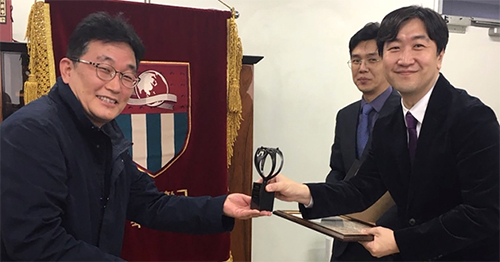 A conversation with Prof. Dong-Eun Rhee

Could toilets help improve access to education in developing countries? I talked to Prof. Rhee of Korea University about the study and what he thinks needs to be done to benefit from the findings.

What is the current problem of inequality in education?

What was the idea behind the study? Why did you think toilets might be connected to this inequality?

Actually there are many other candidates to explain primary school attendance rate in developing countries, such as parents' education level, children's health and child labor. However, recently a professor at the University of Chicago published an empirical paper showing that in India, the absence of a school toilet decreases the enrollment rate in primary school. The lack of a toilet negatively affects school participation rates since it's harmful to health. Moreover, the lack of private toilets at school may further worsen the gender gap in education, as it would raise the serious problem of privacy and safety for adolescent girls. Although our key focus was on the enrollment rate, I think that school toilets will be more closely linked to the attendance rate. That's why I focused on the relationship between school toilets and school attendance rate.

What did you do in this study?

I used school-level survey data from Kenya. The dataset has 4,200 school-level observations from 2013 to 2015. Using the regression method, I empirically investigated the effect of school toilets on student attendance rate. In addition to school toilets, I controlled many other school characteristics.

What were the results?

First, the provision of toilets improved primary school attendance rate for both boys and girls. Second, The effects are greater among upper grade students for both boys and girls, which may reflect the fact that students at the puberty stage are more sensitive to privacy and safety concerns. Third, the results show that the effects are greater for girls than for boys in both upper and lower grade groups. Therefore, according to my research, we can conclude that the effect of school toilet provision on attendance is greatest for upper grade female students. This may show that female students face more critical problems from the lack of toilets then male students do. Girls are at risk of being molested and are vulnerable to sexual harassment without sex-specific toilets.

What implications does this have for education?

To enhance the education environment in low income countries, sex-specific school toilets should be considered as a first step. Sex-separated school toilets will increase students’ attendance rate for both boys and girls. Moreover, it will make it easier for female students to attend school. Higher attendance rates will lead to higher enrollment rates, and in turn, this will increase the performance of education in developing countries.

What are your suggestions to close the education gap, and who should take action?

The message of this research is useful and simple. We need to take action to increase students' participation rate in primary school in developing countries. Although there are many other intermediate goals to achieve this, such as the elimination of child labor, the change in social culture and school feeding programs. However, compared with the other options, the provision of sex-specific school toilets has a few advantages.

First of all, the goal is not abstract but very clear. We can easily see the school toilets, and it would take only a few weeks to build them. Secondly, the cost of building toilets would need one-time budget from the government, whereas most of the other goals would need multi-period budgets. Lastly, governments in developing countries must make every effort to enhance school environments. Without the proper accumulation of human capital, no country can develop sustainably. The next authority in charge would be international organizations, such as the UN, UNESCO and the World Bank, and they should monitor school environments in developing countries.

About the International Journal of Educational Development

The International Journal of Educational Development (IJED) publishes studies that provide new insight and foster critical debate about the role that education plays in development. Topics covered include economic growth and poverty reduction, human development, democracy, resilience and environmental sustainability. IJED stresses the importance of appreciating the interplay of local, national, regional and global contexts and dynamics in shaping education and development.