Addiction to modern technology: what the science says

When was the last time you checked your phone? According to NYU professor Adam Alter, the average millennial picks up their smartphone 150 times a day. In his book Irresistible, Dr. Alter writes about technology addiction, suggesting that 40 percent of people have some kind
of internet-based addiction, be that to social media, pornography or email (which the average worker checks 36 times an hour).

The “tech zombie epidemic,” he says, is the direct result of the way technology is designed: we get a thrill every time we open the Instagram app (Will I have any likes?) or our emails (Have they replied yet?) – comparable to the behavioral gratification we get from playing slot machines.

As technology becomes ubiquitous in our work and private lives, understanding how we interact with it is increasingly important. Addiction disorders connected to people’s interactions with games, the internet and social media are emerging as a major scientific research topic, and the findings will help
shape the way we deal with changing technology at work and at home in the future.

In this special collection, we have collated some of the recent research on modern addiction. The articles look at this emerging topic from a range of angles, such as the causes of internet addiction in young adults and the link between excessive social media use, narcissism and self-esteem.

Fear of missing out

Our ultra-connected world means we can be in many places at once; enjoying a coffee on a sunny terrace while dialing in to a conference call and watching a friend’s video broadcast live from their holiday in New Zealand.

With apps like Facebook, Instagram and WhatsApp, we can stay in touch with people around the world 24 hours a day. For some, this can lead to excessive use and negative consequences. Accessing these apps easily and using them frequently can trigger a fear of missing out – people can be anxious about
missing something if they’re not constantly connected.

Using a sample of 270 participants, a team led by researchers at the University of Duisburg-Essen in Germany investigated the role of this fear in the development of internet communication disorder. In their article in Addictive Behaviors Reports, the team noted that online communication apps give people a way to escape from the negative feelings and conflicts of real life, but that using them for this purpose excessively can turn into an
addiction. They called for further research, concluding:

Users should be taught that Internet-communication applications are not the only way to initiate or stay in contact with others and satisfy their social needs. Individuals should be offered alternative strategies and opportunities for connecting with other people without having the feeling of missing
out on something.

At the same time, there is a suggestion that excessive use of social media may be feeding narcissism. In Norway, researchers at the University of Bergen studied the social media use of more than 23,500 people, revealing that addictive social media use is linked to low self-esteem but also narcissism.
Through web surveys on the websites of Norway’s national newspapers, the team gathered information from 8,234 men and 15,298 women about their social media use and personality traits.

The results, published in Addictive Behaviors, highlighted demographic differences, showing higher social media addiction scores in people who were younger, women, not in a relationship, students and less educated. There was a negative link with
self-esteem, with lower self-esteem linked to higher addiction, and a positive link with narcissism. In their paper, the researchers explained:

Facebook, Instagram, Snapchat and other social media applications may serve as ideal social arenas for individuals who appreciate and are attracted to engaging in ego-enhancing activities.

Internet gaming can also provoke addictive behavior, with potentially serious negative impacts on people’s psychological and physical health. Massively multiplayer online (MMO) games like World of Warcraft have millions of committed players, and rising awareness of the dangers of addiction have resulted
in groups like Wowaholics Anonymous to support addicts.

But why do some people become addicted when others can play without a problem? Although some empirical studies have investigated the link between impulsive behavior and internet gaming disorder (IGD), the results have been mixed, making it difficult to draw conclusions. Researchers at Ball State University
in the US conducted a meta-analysis of studies featuring three different cognitive tasks. Their article in Addictive Behaviors shows that compared to healthy people, those with IGD are more likely to have an impaired response inhibition.

As with substance addictions, stopping an addictive behavior can result in withdrawal symptoms. The entry for IGD in the Diagnostic and Statistical Manual of Mental Disorders (DSM-5) – the standard classification of mental disorders used by mental health professionals in the US – lists withdrawal symptoms including irritability, anxiety and sadness.

In their study in Addictive Behaviors Reports, researchers at Flinders University and the University of Adelaide in Australia looked at the effect of stopping online gaming on various withdrawal symptoms. They followed 24 MMO game players, both
with and without indication to IGD, as they abstained from playing for 84 hours.

Contrary to expectations, internet gaming withdrawal symptoms were observed to decrease during short-term abstinence, opening further debate on the direct application of addiction concepts like withdrawal and tolerance to problematic internet gaming behaviors. This is an interesting finding which could
suggest, for example, that technological addictions don’t follow all the “rules” of addiction that substance addictions do.

While we adjust to cope with the psychological effects of social media, gaming and internet use, researchers are working to understand the underlying triggers and consequences of our behavior. Here you can read some of the latest research, which provides an up-to-date overview of online addiction in
the modern world. The collection is free until December 31, 2017.

Researchers working on modern addictions have a range of publishing options with Elsevier, including open access titles like Addictive Behaviors Reports – a peer-reviewed, online-only journal that provides an interdisciplinary forum for research on addictive behaviors. The journal publishes scientifically sound research on
all forms of addictive behavior, with a primary focus on behavioral and psychosocial research. 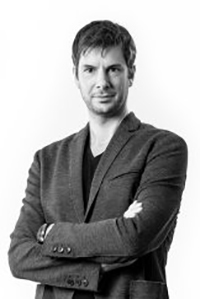 For Dr. Matthias Brand, a professor at the University of Duisburg-Essen
in Germany, the journal’s openness to new topic areas was a deciding factor:

We were already familiar with this journal and appreciated the fact that this journal is open for modern types of addictive behaviors, such as an excessive use of Internet communication applications. In addition, we also knew that the journal welcomes empirical work on non-traditional psychological
concepts, such as fear of missing out. 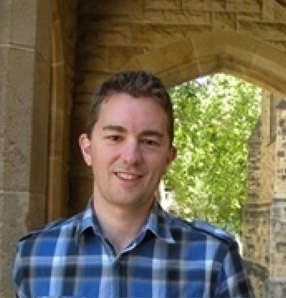 Addictive Behaviors Reports also provided Dr. Daniel King, of The University of Adelaide
in Australia, an important platform for dissemination:

We chose Addictive Behaviors Reports because it catered so well to novel work of a more preliminary nature that may otherwise be difficult to disseminate. Open access is great for making the work much more accessible to a wider audience, particularly practitioners working in the addictions field. 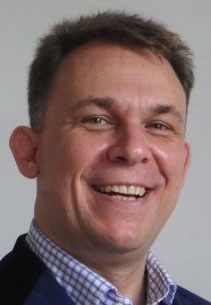 Michael Osuch is Publishing Director, Neuroscience & Psychology Journals, at Elsevier. He has over 20 years’ experience launching, managing and developing proprietary and society journals in the medical and life sciences. He previously worked at Wiley, Nature Publishing Group and Informa Healthcare.

Steve Turner joined Elsevier in 2017 as a Marketing Communications Manager. Since 2019, he has been working as Marketing Project Manager: Messaging & Content in the Marketing Projects Team. He has a BA Hons degree in journalism from the University of Gloucestershire, with experience in communications and marketing roles since graduation. He is based in Oxford.