11 tips for giving a great interview to journalists

How to be clear, concise and compelling when talking about science and medicine 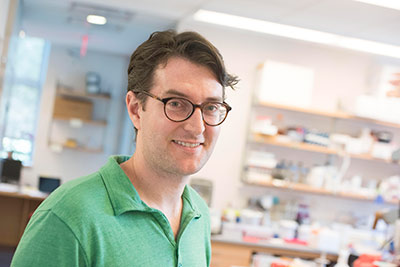 “Thanks for a great interview!”

That’s something I rarely say after talking with a scientist, but Dr. Louis Cohen, a clinician and researcher at Mount Sinai Hospital in New York, deserved it. I’m writing this article fresh from my phone interview with him, inspired by the young scientist’s clarity, organization, and flexibility  in fielding questions.

All too often, the opposite is true: I finish a 30-minute interview exhausted by the effort of pulling out the information I need from someone who certainly is knowledgeable but doesn’t understand how to communicate his or her work to someone outside the field. As the Nobel Prize-winning playwright  George Bernard Shaw noted so eloquently, “The single biggest problem in communication is the illusion that it has taken place.”

If your scientific work is important – and especially if it has implications for the clinic – you want to make it as easy as possible to get it “out there.” For that to happen, it helps to know how to give a great interview – clear, concise and compelling – to the  media. Here are some tips to help you do that.

It’s never too early to frame the story of your work, with key highlights, milestones, challenges and achievements. You’ll have material to draw from and won’t have to reinvent the wheel each time you have an interview. What prompted you to pursue your chosen field? What problem are  you trying to solve and why is it important? Describe what you’ve been doing succinctly and logically, building to your most recent results and then looking ahead. Your story is the roadmap from which you will pick and choose your main points for each interview. Be prepared.

Do this exercise even if no one from the media has approached you yet. You’ll be ready when they do, and meanwhile will also be in a good position to discuss your work with your organization’s communications department or give  a presentation.

Google the publication in which the article quoting you will appear. Skim a few articles to understand the readership: Consumers? Scientists? Managers? Government officials? Are they interested in innovation? Problem solving?

As you prepare for the interview, frame your story in a way that fits with the publication’s overall approach, explaining why the reader of this specific publication should care about your work.

Use Google, LinkedIn or Twitter to quickly become familiar with the journalist who will interview you. Has he or she already written on topics related to your area of expertise? Knowing this will help you determine how much explanation you’ll need to give to make your work understandable.

If possible, find out the premise and scope of the article. Will other people also be quoted? (Usually yes, but don’t expect to know in advance who they might be.) Does the writer have thoughts about what you can add to the discussion? (The writer may have read up on your work and have an idea  of how it might fit into the article.) Use this information to think about your work in the bigger picture of what is going on in your field. If your work builds on the work of others, be prepared to acknowledge your predecessors or fellow scientists.

[pullquote align="right"]"The single biggest problem in communication is the illusion that it has taken place."— George Bernard Shaw[/pullquote]

For example, Dr. Cohen’s area of expertise is functional metagenomics — a way of analyzing DNA from commensal bacteria without prior culturing. In our interview, he briefly explained how metagenomics differs from working with bacteria in culture. In response to my question about the importance  of his work, he said that until recently, metagenomics had primarily been used to study bacteria in soil samples. But while working in the laboratory of Dr. Sean  Brady, he began to use metagenomic techniques for clinical purposes — for example, to study gut bacteria.

5. Ask for questions in advance even though you won’t always  get them.

Some writers provide questions in email to help you prepare for a phone or in-person interview. I don’t like to do that since I feel the best interviews flow organically from the discussion; however, I do share in advance the key areas we’ll be talking about, such as highlights of your  work; challenges that need to be overcome; and what’s ahead. Be aware that even if a writer provides questions in advance, he or she may veer away from them during the actual interview, so it’s not enough to prepare only for those particular questions.

Some writers ask questions in email in lieu of doing a phone or in-person interview. Again, this is not something I do unless it’s absolutely necessary because of an extremely tight deadline or insurmountable time differences; I prefer to have an actual conversation. If you agree to an email  interview, be aware that you may be quoted verbatim, so think carefully before you write.

6. Ask how much time the interview will take.

There are two advantages to asking approximately how much time the writer needs. First, you’ll know how much time to set aside in your schedule (to avoid distractions, find a quiet place for the interview and switch off your cell). Secondly, when preparing for the interview, you can practice  getting your key points into the allotted time frame.  If you have only five minutes, you probably can’t make more than one or two points, so make them count. Don’t drift into long explanations; instead, as Dr. Cohen did, offer to email a PDF of a recently published article that is relevant  to the discussion and make yourself available for follow-up questions by phone or email.

Importantly, be on time for your interview. Writers on deadline appreciate it, and if you’re late and they’re interviewing other sources, they may move on to the next — and you’ve lost an opportunity.

7. Prepare your key points — but be ready for anything.

If you’re accustomed to working with the media or have given a number of presentations on your work, you may fall into what I call “automatic pilot” mode. Simply put, this means you are telling your story as you’ve done many times before. While that may provide good input for  my article, I know I’m unlikely to get quotes that haven’t already appeared in other publications.

The desire to get “fresh quotes” often drives me to interrupt the speaker and “derail” him or her from automatic pilot. One of my favorite strategies is to halt the source after he or she makes a sweeping statement and ask for a specific example.

Case in point: Dr. Cohen said his work with commensal bacteria led him to think about “a whole slew of human diseases we know are associated with (a specific pathway).”

“Such as?” I asked, before he could go further.

Without missing a beat, he segued directly into a discussion of his clinical area of interest and conditions associated with the pathway.

Yet many times when I’ve asked for specifics, a source has asked me to wait while he or she tries to think of an example. Have your specifics ready.

Everyone, including scientists, likes to read a good story. And a good story is best told without jargon, without acronyms and with scientific terms used sparingly. Quotes that sound like they’re from a real person rather than from a peer-reviewed journal are more likely to end up in the final  article.

Lack of interview experience, a tight time frame for the interview and the “stature” of the publication you’re being interviewed for all can contribute to nervousness that’s akin to stage fright. That tension can cause your mind to go blank or your voice to sound shaky and insecure.  The antidote is to be prepared:

10. Don’t feel you have to answer every question.

Sometimes you’ll get a question you don’t want to answer. Perhaps it veers into controversial territory and you’re not sure you want to be quoted on one side or the other. Or the question may deal with an area that is outside the scope of your work and you simply don’t know  the answer. Say something like, “That’s a great question; I’ll think about it and get back to you. Or, “That’s a good point, but it’s not my area of expertise.” If you don’t know, say so, and the interview will move on from there.

Asking to talk off the record can make it seem as though you have an axe to grind but don’t want to do it publicly. I’ll always say “yes” if an interviewee asks to speak off the record because I’m curious to know what the person will say. But if while speaking off the  record you give me a nugget of information I’d like to use, I will push to see if there’s a way to weave it into my article. If you want to avoid being pushed — or taking the risk that someone may include what you say despite your saying it’s “off the record,” steer  clear of this practice. Only say what you’re willing to see in print.

Marilynn  Larkin (@MarilynnL) is an award-winning science writer and editor who develops content for medical, scientific and consumer audiences. She was a contributing editor to The  Lancet and its affiliated medical journals for more than 10 years and a regular contributor to the New York Academy of  Sciences' publications and Reuters  Health's professional newsfeed. She also launched and served as editor of Caring for the  Ages, an official publication of the American Medical Directors Association. Larkin's articles also have appeared in Consumer  Reports, Vogue,Woman's Day and many other consumer publications, and she is the author of five consumer health books.