A journey of a thousand miles begins with a single… tweet

What can you say in 140 characters or less? For those of you who are part of the tweetosphere you know how difficult it can be to say what you’re thinking. While it’s one thing tweeting about the latest game of #EURO2016 or your thoughts on the previous episode of #GameOfThrones, what about using Twitter to engage with participants for your research project? We reached out to Joseph De Lappe, Doctoral Research Student, CREET, Open University who used Twitter for exactly that…

I research asexual activism. Asexual activism, and asexual activists, are very much part of digital online communities spread across the world (mostly in the West). I wanted my sample to reflect that and avoid the pitfalls of convenience sampling and snowballing. Although I recruited from specific online communities, I wanted to avoid just their presence in my sample. While I'm not trained in online ethnographic methods, Twitter became a useful recruitment tool; it also developed into an interviewing tool with some of my participants.

I found Twitter useful because of the specific characteristics of my participants (asexual activists). They tend to be highly engaged in social media. It made it very easy to use the hashtag and username in tweets to target my specific caucus populations. Equally as important, it meant that I could target them without having to go through gatekeepers (which is a significant issue in the type of ethnographic research I do using other social media platforms). I linked my tweets to a WordPress blog with all the details of my project so that people could read about it. Between this and the demographic data Twitter keeps, I was able to see how successful my recruitment strategy was.

How successful was it? Did you attract the right audience?

Yes, I ended up having far more people access my blog than I could have through traditional ethnographic recruitment methods; nearly 2,000 in six weeks! The vast majority of these came through Twitter.

From this, the numbers significantly whittled down to 21 participants who came from across the Western World (America, Canada, Britain and Poland). My intention then was to make the transition to online Skype interviews, which most participants were happy with. There was a small group - three - who still wanted to be involved with the project but were uncomfortable with face to face interviewing (even online). In those cases, we moved the interviews into the Direct Message tool on Twitter. I found this far better than using email because you were able to quickly and briefly, often just using your phone, reply to people's responses around the world. I was then able to harvest these messages as text to input into Nvivo, a qualitative software package.

Overall, in terms of both recruitment and the small amount of interviewing that I did, I found Twitter incredibly useful. It's an area that I want to develop in my own research approaches in the future. You have to be careful because of research ethics, particularly in an area such as mine (Sexuality & Gender), but with a little thought it offers a lot of potential.

Have you used Twitter or other social media platforms for your research? Feel free to comment below. 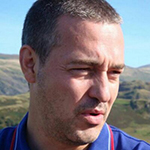 Joseph De Lappe is a doctoral researcher at CREET (the Centre for research in education and educational technology) at the Open University. He’s in the final stages of his doctorate, which is a cross-disciplinary research project between Sexuality & Gender Studies and Social Movement Theory. He researches asexual activism as an emerging sexual and gendered social movement. Why asexuals seek to mobilise and organise at the present moment for greater visibility and tolerance. What links that has to prior sexual and gendered movements (adding the ‘A’ to the LGBT+) umbrella. Before becoming a researcher, he was a secondary school teacher in inner-city schools in London and Leicester for more than 10 years.
Twitter | Website