How to win attention for your research – an author’s story

As a journal author, you are increasingly under pressure not only to publish, but to ensure that your research reaches the widest possible audience.

While there is much that publishers and editors can do to help, as the paper's author you are often best placed to explain why your findings are so important or novel.

In October 2013, Thanh-Lan Gluckman and Nicolas I. Mundy had their article "Cuckoos in raptors' clothing: barred plumage illuminates a fundamental principle of Batesian mimicry", published in the Elsevier journal Animal Behaviour.

The article describes how cuckoos subtly adapt the pattern of their feathers to resemble those of local birds of prey, potentially to scare other bird species away from their nests, leaving the cuckoos free to lay their parasitic eggs in them.

Since publication, the article has been covered by national media channels such as Time and National Geographic and has been shared on Facebook, Twitter and Mendeley. It has received nearly twice as many full text downloads as the average article and has one of the journal's highest ever Altmetric.com scores (ranked #10 of 1,005).

In order to understand why this paper inspired so much coverage, I talked with Thanh-Lan Gluckman, who led the research from the Department of Zoology at the University of Cambridge.

How to improve the impact of your paper

For more advice on maximizing the reach of your research,read How to improve the impact of yourpaper in this issue. 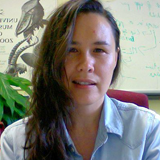 Q. When did you start thinking about how you would promote your article? Was it during  the research process, while writing, or at the publication stage?
A. Whenever I publish my research I try to promote it through media professionals. Even if it doesn't have the same public appeal as my cuckoo-hawk mimicry paper, I still try to make it accessible to the general public – it  all helps to get your name known. I normally begin preparing when the paper is first accepted as there is usually a time lag from acceptance to publication due to editorial and aesthetic requirements.

Q. You mentioned you try to promote your  work through media professionals – what does that involve?
A. That period while I am waiting for publication to go live is when I prepare the media release and contact the media office of the university with which I am working. How it proceeds from there is up to the media office representative  and you, as the scientist. Whatever you both decide, I believe it is down to the scientist to spend time making the work intelligible to the media professional, which paves the way for making the research accessible to the general public. Similar to the review process, you will need to bounce a few different  versions of the media release between you to get the story right, as well as ensure that it is accurately represented. It's really important to remember that this is a partnership to drive the profile of your work, and the output of your university.

Q. Did you promote the link to your article  on social media?
A. Yes, I promoted it on Facebook, my work webpage and, because of the level of interest in the work, I started a Twitter account. I have scientist friends who are also actively involved in social media (@lsmonster and @HannahMRowland) – they sent out the link, which helped.

Q. I understand that you recorded AudioSlides. Did  you find them useful to promote your article?
A. Absolutely, it was a great way to get the message across to busy professionals and the general public in 5 minutes and I could use pretty pictures to make it accessible. My dear friend, scientist and outreach genius @lsmonster, helped me record  the AudioSlides. As an outreach professional, he really understands the importance of using your voice. When the general public can hear your voice, they get to hear that there is a real live person behind what can be some pretty abstract ideas. It was great having him by my side because he reminded  me to smile while I was talking and helped me keep the enthusiasm high. It was also a great tool for me as I could send the presentation to people that might be interested in covering the story – for example, I sent it to the university media office to help them get to grips with the research and,  in an early media enquiry from Carl Zimmer, it was a useful way to put forward a snapshot of the story. 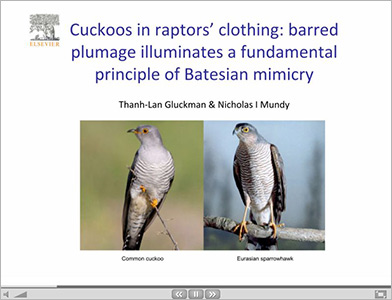 Q. Would you recommend the use of AudioSlides  to other researchers?
A. I already have. Also, this is a free service so any researcher can use it and the resulting presentations are open access, so people who do not subscribe to the journal and are not a member of a university can access them from anywhere in the world.

Q. Are you interested in reaching the  general public as well as your peers?
A. Yes, definitely. It's important that they can access research in a way that doesn't dumb it down but tells the story clearly. AudioSlides are a way to reach the general public and it is probably less time consuming than other avenues. I think it is  a fantastic vehicle to get the research out there.

Q.  So, did the level of coverage you received come as something of a surprise?
A. Yes! I did not expect the promotion to be so successful and was surprised when it took up to a week of my work time to answer the emails and phone calls I received from around the world. The resulting coverage  was so extensive that it reached people across the globe. For example, a pupil at West Fargo High School in North Dakota, USA, was inspired to write a blog about my work on her school's website and emailed me several excellent  questions about the research. Apart from the realization that our work had made it through to the general public, it was humbling to receive an email from a young, inquisitive mind. It was probably the loveliest email I have ever received. My friends and I then went on to tweet her blog post to get her  message out there too.

Q. What do you think was the key factor  behind the spread of your article on (social) media?
A. People talking about it and high impact coverage by Time and National Geographic. But really, it all started with the media release and the endless fascination people have for parasitism.

Q. What's your main advice to peers who  want to promote their article?
A. As soon as a scientist hears their paper is going to be published, I think they need to decide to drive its impact by working with media professionals – whether those media professionals work for their publisher* or their university. If possible,  put out your media release the day before the paper is available online to try to create a bit of intrigue and tension around your work. Be enthusiastic about getting your message out there and respond to every media request you get, no matter how big or small. Above all, have fun talking about your  research!

* Note from Ed: In the Authors' Update article How  editors are working to promote your research you can find out how Elsevier's Marketing Communications team and Newsroom can help to spread the word about your research.