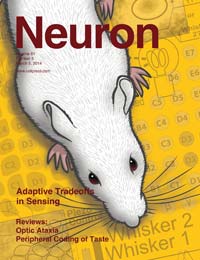 New research in mice suggests that autism is characterized by reduced activity of inhibitory neurons and increased activity of excitatory neurons in the brain, but balance can be restored with low doses of a well-known class of drugs currently used in much higher doses to treat anxiety and epileptic seizures. The findings, reported today in the Cell Press journal Neuron, point to a new therapeutic approach to managing autism.

"These are very exciting results because they suggest that existing drugs — called benzodiazepines— might be useful in treatment of the core deficits in autism," said senior author Dr. William Catterall, Chair and Professor of Pharmacology at the University of Washington in Seattle. 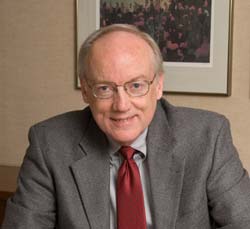 In addition to finding that mice with autistic characteristics had an imbalance between the inhibitory and excitatory neurons in their brains, Dr. Catterall and his team found that reducing the effectiveness of inhibitory neurons in normal mice also induced some autism-related deficits in social behavior. Classical benzodiazepine drugs had the opposite effect, increasing the activity of inhibitory neurons and diminishing autistic behaviors.

"Our results provide strong evidence that increasing inhibitory neurotransmission is an effective approach to improvement of social interactions, repetitive behaviors, and cognitive deficits in a well-established animal model of autism, having some similar behavioral features as human autism," said Dr. Catterall.

Therapeutic approaches to treat autistic traits in animal studies or in clinical trials have primarily focused on reducing the activity of excitatory neurons, with only modest success to date. The results reported by Dr. Catterall and his colleagues suggest that augmenting the activity of opposing, inhibitory neurons could be an alternative strategy.

Clinical trials of classical benzodiazepines and next-generation drugs that have a similar mechanism of action are now needed to determine whether the researchers' findings in mice are relevant to humans. AstraZeneca and the National Institutes of Health have initiated one such trial.

The research paper is freely available on the Cell Press website for two months, until May 19, 2014: Neuron, Han et al: "Enhancement of Inhibitory Neurotransmission by GABAA Receptors Having 2,3-Subunits Ameliorates Behavioral Deficits in a Mouse Model of Autism."[divider]