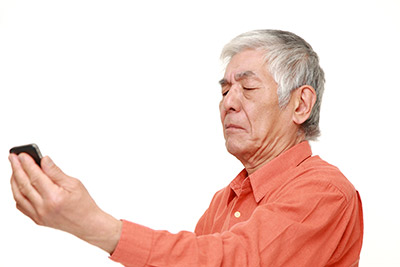 Presbyopia is an eye condition that is likely to hit us all sooner or later. If you are over 45 years old and reading this on your smartphone or tablet, the chances are, you are doing so via corrective lenses such as contact lenses or reading glasses. According to the World Health Organization (WHO), in 2005, there were more than 1 billion people worldwide with presbyopia.

We’ve all seen it – or experienced it ourselves. Whether it’s one of your parents who forgot their reading glasses at a restaurant and still attempt to read the menu, or a friend struggling to read the small print on the back of a medicine bottle, they hold whatever they are trying to focus on at arm’s length.

That is very likely presbyopia. It’s a result of natural aging and stems from a gradual thickening and decrease in elasticity of the lens inside the eye.

The term presbyopia comes from two Greek words: Presbys which means “old man” and -ōpia which means “see.” So it literally means “trying to see as old men do.” (Source: Wikipedia)

To add to the complications, some of the corrective lenses cause the halo effect. This is basically a glow or color light pattern observed when looking at a bright source of light in front of a dark background. It is mostly experienced at night when people see halos around street lamps and car headlights, and it can make driving at night unsafe or even impossible in extreme cases.

This optical phenomenon is mainly caused by the interaction of light with matter. It is enhanced by the diffraction of light when interacting with the eye, e.g. passing through the eye pupil, eye tissue, or even contact lenses (including intra-ocular lenses that are used after cataract surgery).

Although presbyopia may be unavoidable, the good news is that scientists from Bar-Ilan University in Israel have presented a new concept that significantly reduces the halo effect that is generated when using multifocal (contact and intra-ocular) lenses and looking at bright point sources in dark conditions. 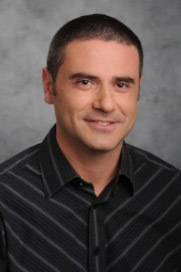 Prof. Zeev Zalevsky, head of the Electro-Optics study program of the Faculty of Engineering at Bar-Ilan, explains:

Our solution involves smoothening the surface structure of a contact lens or an intra-ocular lens that has extended depth of focus or multifocal capabilities. The smoothening does not complicate the fabrication complexity of the lens and yet yields the same optical performance in treating presbyopia and assisting people after cataract surgery, but with about one order of magnitude smaller. This allows people that use such lenses to be able to use them also at night.

As part of the investigation of the proposed solution, preliminary in-vivo trials were also performed. Three types of spectacles were used for the trial group, which was comprised of 16 people (10 men and 6 women with an average age of 66).

Researchers performed trials with what they called “phase plates”: they took a piece of glass and realized on its surface the EDOF (extended depth of focus) structure for contact lens design. Those glasses were placed in the frame of spectacles, and the subjects looked through them on the point sources to test the performance.

Three types of set-ups were used:

The patients had to estimate the size of the halo pattern, both its main lobe and its first side lobe size. One can see from the results in Figure 2 that the size of the halo rings are smaller when the proposed concept is applied and that the obtainable halo approaches the inherent halo existing in regular monofocal lens. 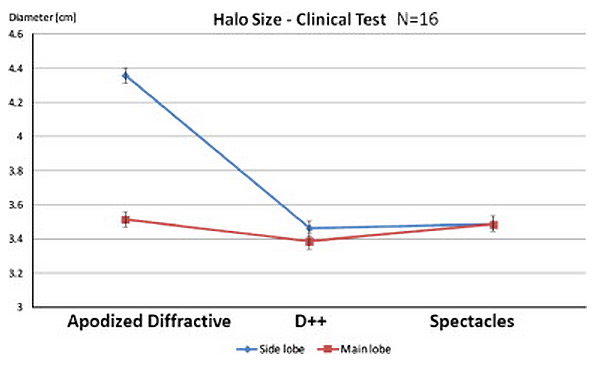 More and more commercial ophthalmic products incorporate EDOF and multifocal technologies in contact and intra-ocular lenses to solve presbyopia. Until now, such lenses were very problematic when used in dark illumination conditions. The researchers say their proposed concept can resolve the above difficulties and make the existing products even more applicable and useful.

Elsevier has made this article freely available until the end of the year: 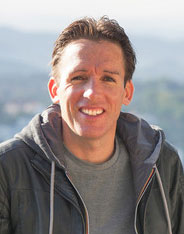 With a background in biotechnology and genetics, Darren Sugrue worked in various laboratories throughout the world before he hung up his lab coat in 2006 for a career in marketing. In 2010, he joined Elsevier as Marketing Communications Manager, where he works primarily on the Chemistry portfolio of journals.