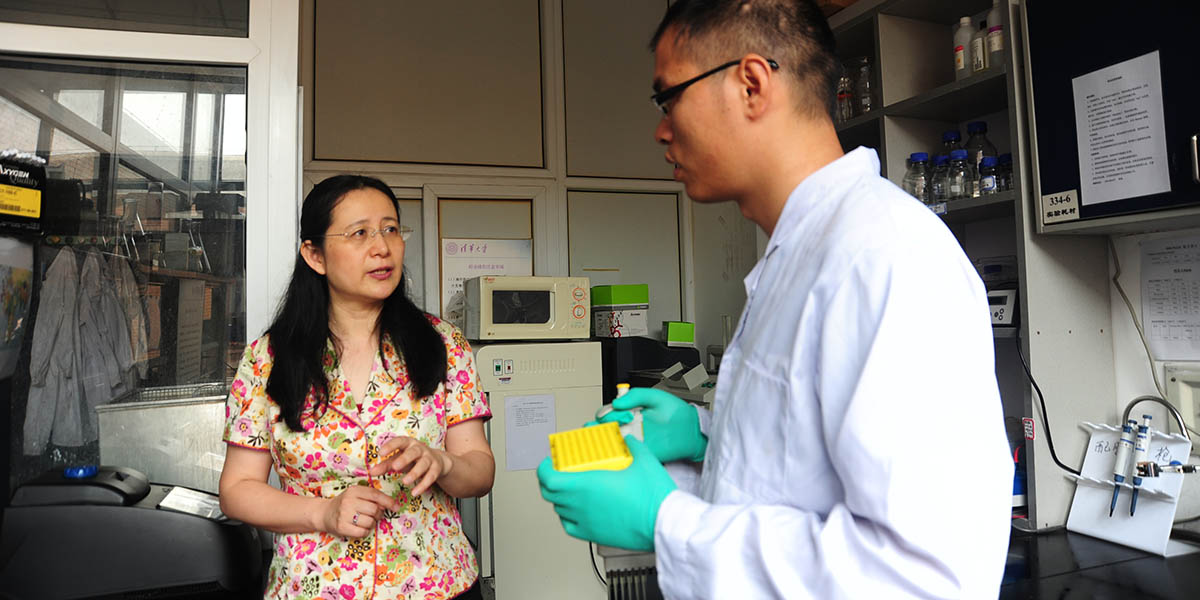 Prof. Yan-Mei Li, PhD, has worked as a lecturer and researcher at Tsinghua University in Beijing since 1992.

What does it mean to be a successful woman in STEM? Prof. Yan-Mei Li has worked as a lecturer and researcher at Tsinghua University in Beijing since 1992. She also serves as the General Secretary of the Female Chemists Association in the Chinese Chemical Society. She is also the Associate Editor for The Journal of Organic Chemistry. By most accounts, she would be well placed to answer the question.

Still, it gives her pause:

Do I look in the mirror and say, ‘That’s a successful woman’?

I believe it depends on your definition of success, and that varies from person to person,” she says. “For one, it relates to joy in their work. For another, it’s awards. For another, it’s publications. Personally, I love my research and my students and I try to keep moving forward. And I’m seeing more and more women doing a great job in STEM, each with their own definition of success. 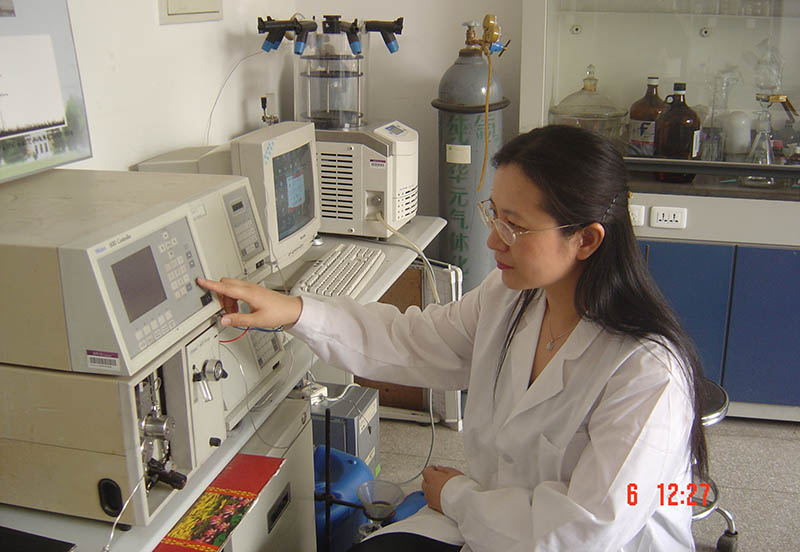 Prof. Li works on bioorganic chemistry, especially the synthesis of peptide and protein small molecule inhibitors. She credits her success to her deep love for chemistry but is quick to add that it’s the interaction with her students that drives her.

“I really value the teaching relationship with my students, so I think I regard myself primarily as a professor – an educator and mentor. I love my research, but it’s teaching that brings me the most joy, because I can encourage more young people to work in STEM.” 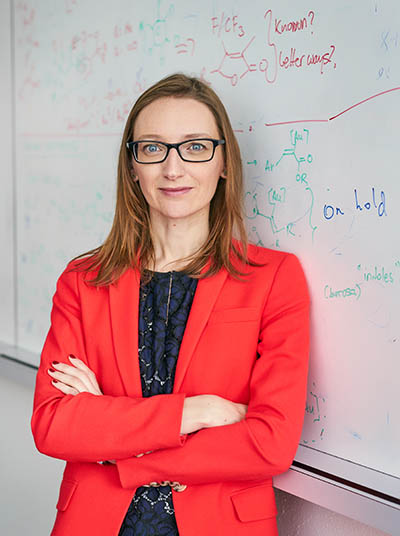 Like Prof. Li, Prof. Cristina Nevado of the University of Zurich Department of Chemistry sees success as the product of pursuing a work you feel strongly about. “I believe success comes when you can connect your passion with your profession,” she says. “That combination of an open and curious mind, perseverance, and just a little hint of different thinking are key ingredients to a happy scientific life.”

Prof. Nevado has developed a research program focused on complex chemical synthesis and new organometallic reactions. For her contributions to synthetic organic chemistry, she has since received the Chemical Society Reviews Emerging Investigator Award, the Thieme Chemistry Journal Award, the ERC Junior Investigator Grant and the Werner Prize of the Swiss Chemical Society. She is the Senior Associate Editor for ACS Central Science and Organic Syntheses. Since 2017, she has been an active member of the Reaxys Advisory Board, which oversees the Reaxys PhD Prize.

For Prof. Nevado, recognizing the achievements of women is essential in every field and discipline. “In developed countries, our basic rights – like education, freedom of expression and self-determination – are officially granted,” she explains. “However, in terms of salaries, promotion opportunities, access to decision-making positions … equality is far from being accomplished. All of us – men, women, and non-binary people – need to work together towards this goal, not only for the sake of community development but to ensure the progress of our society at large.”

As many other female researchers would testify, there can be bias against women in the world of academia. That’s not something Prof. Nevado has experienced directly, but she has been aware of the effect on her peers.

“We’d hear someone talk about a woman’s achievement, promotion or external recognition as being ‘because she’s a woman’,”  she says. “It’s genuinely hard not to feel discouraged by the amount of work ahead of us to erase these biases. Our role as academics – regardless of gender – is to ensure these attitudes become rarer.” 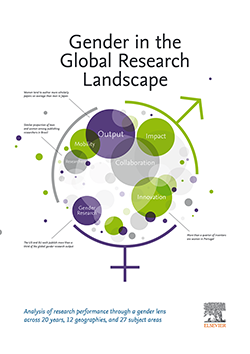 To learn more about gender disparity and bias in science, download Elsevier's report Gender in the Global Research Landscape. This evidence-based examination of research performance worldwide through a gender lens sheds light on the role of gender in the structure of the global research enterprise. 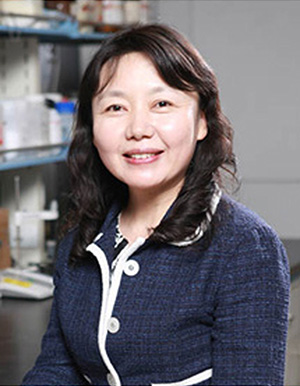 That viewpont is shared by Prof. Li-Zhu Wu, Director of the Supramolecular Photochemistry Laboratory at the Technical Institute of Physics and Chemistry of the Chinese Academy of Sciences in Beijing. Over the past 20 years, she has received numerous awards and grants, including the New Century Talents Project award, two Young Women Scientists of China awards, the Physical Organic Chemistry Award of China, the Outstanding Graduate Teacher Award and the Chinese Chemical Society-Evonik Chemical Innovation Award. She is the newest member of the Reaxys Advisory Board, having joined in January 2019.

“The reality is that we still have a very male society with expectations on women,” she says. “The time of life when a PhD student is achieving success with their research, writing papers, applying for funding … in many, many countries, there are expectations on women, pressures for them to fall into certain roles that make it harder to focus their energy on research. It’s important that more people speak out and show that everyone can choose their direction and not be pushed away from their passion by being expected to, for example, start a family.”

Prof. Wu’s role as a research leader began in 1998. She has focused primarily on photochemical conversion, including artificial photosynthesis, visible light catalysis for efficient organic transformation and photoinduced chemical reactions in supramolecular systems. She also teaches at the University of Chinese Academy of Sciences and has some thoughtful advice for young women studying chemistry:

The first thing I’d say is that chemistry is a good science and they are on the right path. It's an interesting place for current and future social and environmental reasons. I would also let them know about how chemistry can be challenging for women for societal reasons, but the challenge is dependent on the personality, environment and network. They need to find the way to balance many things and build their space for the research, for being in charge, and for networking. The need for hard work is important irrespective of who you are, Prof. Nevado says:

I always say this, regardless of someone’s gender identity: find what you like, work hard for it, give it your absolute best and focus your energy on developing yourself and supporting the potential of those around you.

Each of the professor’s actively supports the Reaxys PhD Prize, which recognizes accomplished young chemists for innovative and rigorous research. Prof. Wu and Prof. Nevado are members of the Reaxys Advisory Board, while Prof. Li was a speaker at the 2017 Reaxys PhD Prize symposium in Shanghai. As such, they can play a direct role in encouraging the greater participation of women in chemistry.

“When I joined in 2017, I was glad to see how fair and careful the review processes were,” says Prof. Nevado. “Women were underrepresented in the winner’s pool, which can be linked to the lower number of nominations received for female candidates. I aim to increase awareness of this in my future conversations, and in doing so I’m convinced the numbers will grow.”

Prof. Wu agrees, saying, “If female candidates aren’t getting the same encouragement to enter, it’s harder for them to realize their dream of being a scientist. They need exposure, support and connections, and that’s what awards like the Reaxys PhD Prize can help them find. Now that I’m a member of the board, I intend to see how I can ensure that women are getting a fair shot at being nominated.”

In the end, Prof. Nevado stresses the importance of recognizing hard work and achievements from every researcher:

We have to recognize that the women and men who’ve been finalists in the Reaxys PhD Prize over the years all did exemplary, rigorous, ambitious and innovative research. They deserve the accolade they’ve received. But let’s make sure we’re reaching everyone who deserves the chance of recognition and not allowing politics within institutions to hide someone’s achievements. 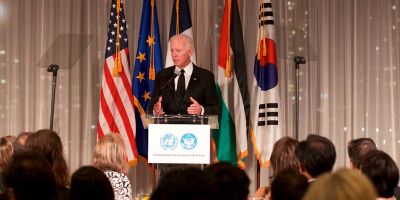 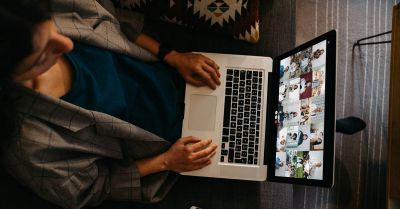 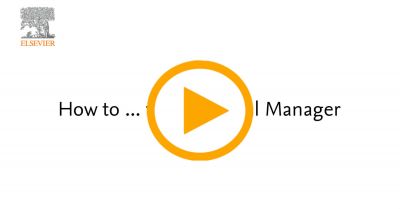 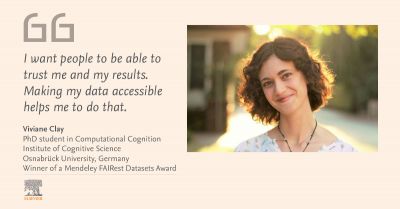 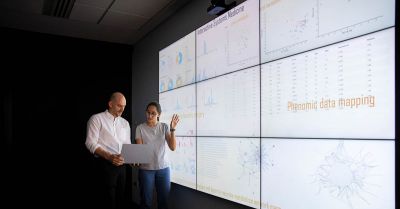 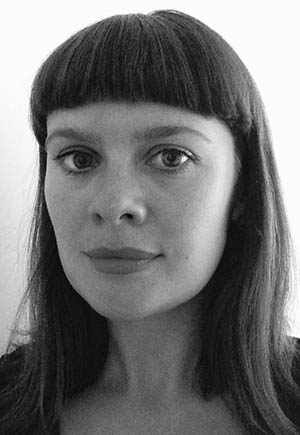 Alica May is Researcher Lifecycle Marketing Manager at Elsevier and is on the management team for the Reaxys PhD Prize, the prestigious global award that recognizes accomplished young chemists for innovative and rigorous research. In this role, Alica is responsible for developing global awareness programs to promote the competition and supporting engagement strategies for the Reaxys Prize Club. Her focus is also on communicating the competitive advantages of Elsevier solutions to chemistry researchers worldwide.

With a background in microbiology, her professional experience spans community engagement and advocacy in the not-for-profit sector, academic publishing, and research funding.

Read more from Alica May 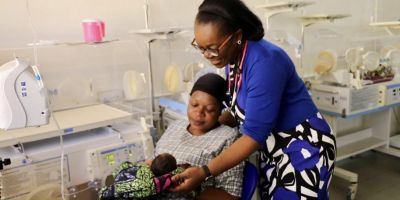 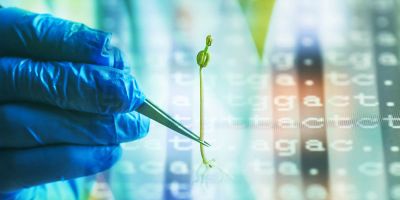