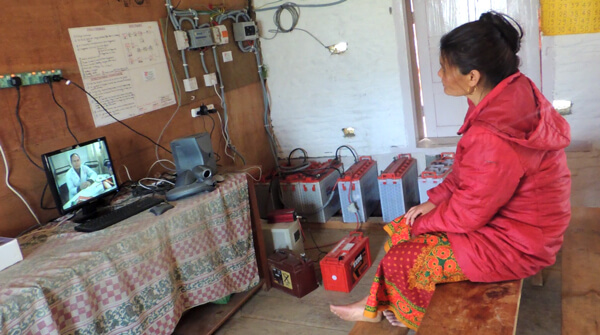 In many parts of the world, it’s a challenge for women and girls to travel to a doctor’s office or pay for a doctor’s services once they get there. Now, an Atlas-award winning study reported in the journal Telematics and Informatics shows that access to healthcare services via video conferencing or mobile phones is helping to reduce those barriers for women and girls. The findings in rural Nepal are likely to apply to many other parts of the world where computers and mobile phones are increasingly accessible.

“Women and girls access to healthcare is affected by gender roles and norms,” said Rajan Parajuli, lead author of the study from the Asian Institute of Technology in Bangkok, Thailand. “We have found those barriers are reduced after introduction of telemedicine services. Thus, I’m hopeful it might be an effective approach to tackle geographic and cultural difficulties in countries facing similar problems like rural Nepal.”

To explore these dynamics in the new study, the researchers used a mixed method design to tackle the question in multiple ways in hopes of coming to a more convincing conclusion. First, they obtained telemedicine records from two hospitals in Kathmandu, Nepal and three local telemedicine centers in western Nepal. Those records provided a list of 175 women and girls who had used telemedicine services, either via video conferencing or mobile phone.

About 100 women and girls completed surveys comparing their access to healthcare before and after the introduction of telemedicine. The researchers also conducted in-depth interview with a smaller sampling of the women. In addition to the women and girls, the researchers spoke with a local network provider, health post chiefs, village leaders, school principals, and others about the influence of telemedicine in Nepal.

The findings show that telemedicine has reduced the frequency of long-distance travel to hospitals as women can receive care from the comfort and ease of their own communities. The vast majority of girls and women in the study reported travel of less than one kilometer to receive healthcare via video conferencing. Mobile phone users reported no need to travel for healthcare services at all. That’s especially important because women in rural Nepal often struggle to get the permission they need to travel.

One 44-year-old woman in the study explained it this way: “Travel outside the village is difficult for us if we compare with men. Though travel for health reasons is comparatively less restricted than other reasons, it is hard to get approval for travel for common and mild illness as, regarding treatment, even if not directly opposed by men, the men suggest to wait and see in a few more days.”

“Travelling outside the village is not easy for women,” an 18-year-old woman and study participant said. “Different gossips spread when we regularly go for common, mild sickness, and cases (illness) that don’t appear in our faces, now I find much ease because of the mobile phone-based telemedicine.”

The survey and interview responses also highlighted the importance of telemedicine in reducing healthcare costs. Study participants reported increased comfort in seeking consultation through telemedicine for sexual and reproductive health matters. Nearly all (97.8% of mobile phone-based users and 81.3% of video conference users) of the women and girls agreed that telemedicine has made it easier to ask about sexual and reproductive health issues. Overall, the study showed that telemedicine tends to reduce barriers to healthcare for women and girls in rural areas.

“By shrinking distance to healthcare services, telemedicine reduces travel, making it easier to manage time out from household chores, reduced treatment expenses, and reduces apprehension female patients may have sharing their sexual and reproductive health problems,” Parajuli and Doneys wrote. “This should help us understand the gender dynamics of information and communication technologies in healthcare, but also shows the interrelation between gender, technology and health.”

The researchers call for an expansion of telemedicine programs to tackle unequal access to healthcare for women and girls. They say it will also be important to learn more about associated health and healthcare improvements and cost implications. 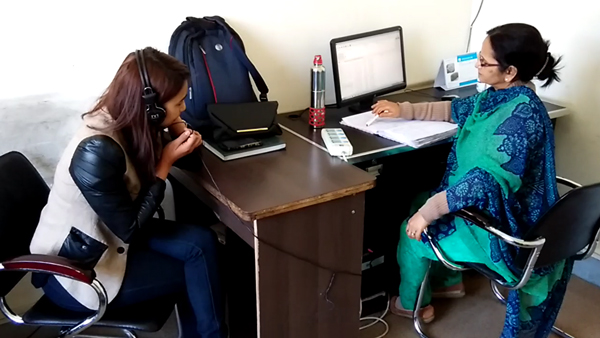 A Conversation with Rajan Parajuli

Atlas spoke with Rajan Parajuli about telemedicine and access to healthcare services by women and girls in rural Nepal.

Atlas: Why is it more difficult for girls and women to access healthcare in Nepal?

Rajan Parajuli: It doesn’t mean men do not face any difficulties; they also do. However, women and girls have been facing more barriers. Some are related to gender roles and norms. For example, travel outside the village is more difficult for women and girls compared to men. They have less access to financial resources and because of these norms they mostly rely on other family members for making their own healthcare decisions as well.

Atlas: What got you thinking about the role of telemedicine in lowering barriers to healthcare particularly for women and girls?

Rajan Parajuli: I’m a student of gender and development studies. In Nepal there are already a number of telemedicine services implemented. I was aware of that as well, so conditions encouraged me to explore more about the role of telemedicine for women and girls.

Atlas: What kind of telemedicine is now available?

Rajan Parajuli: Mostly in the case of Nepal, telemedicine providers offer support for primary healthcare, specialist applications, and the treatment and management of all kinds of illnesses. These services are delivered by video conferencing and mobile phone devices mostly relying on video and voice for basic treatment. The focus is to access healthcare locally so that it can be diagnosed and treated.

Atlas: How did you explore the role of telemedicine in access to care for girls and women?

Rajan Parajuli: We found that rural telemedicine services have reduced some barriers. First, telemedicine reduces the amount of travel and consequently gender related travel restrictions are less of a problem. Second, there are time management issues. It’s easier for women to have consultations done in less time with less impact on household chores. Telemedicine reduces travel expenses associated with treatment so women and girls can access healthcare despite financial constraints. Importantly, mobile phone-based services (especially) are encouraging women and girls to ask about sexual health problems.

Atlas: Did anything you found come as a particular surprise?

Rajan Parajuli: Yes, some have suggested a gender bias in technology use, with men having greater access to technology. Based on those, we thought we might have a similar finding with telemedicine. In our case, it seems technology has gone around those gender and culture barriers. So, this finding was interesting for us as well.

Atlas: Are there features of Nepal that make this approach particularly useful there?

Rajan Parajuli: There might be to some extent. The geographical setting might have influences here. The mountains are not accessible. People in rural Nepal have to travel out to reach nearby health centers and to see a doctor. Here I think telemedicine helps to overcome those difficulties.

Atlas: Are there limitations to this?

Rajan Parajuli: The biggest limitation is reliable connections. There can be major issues like interrupted power supply in rural areas. These difficulties in regular electricity are something telemedicine providers and governments need to focus on.

Atlas: Is there anything else you’d like to say?

Rajan Parajuli: I think this is a small contribution in the social aspects of rural telemedicine. Most of telemedicine studies focus has been on the technical side. We need more studies from different countries in this domain to get the bigger picture of gender and telemedicine.

About Telematics and Informatics

Telematics and Informatics is an interdisciplinary journal examining the social, economic, political and cultural impacts and challenges of information and communication technologies. Current technologies and issues of interest include — but are not limited to — e-commerce and e–governance, the WWW, the 2.0 paradigm, regulation of digital technologies, social networking, special user groups, mobile and wireless communications, peer-to-peer learning, green computing, alternative community networks, ICT for sustainable development, globalization and security, management and policymaking, advertising and the internet, use of ICT in healthcare and education.