The importance of gender balance for editorial teams

The journal Colloids and Surfaces B: Biointerfaces (COLSUB) operates at the intersection of Physics, Chemistry and Biology and has a team of editors that is rather unusual for those fields.  The journal has four editors - two women and two men - each with their own areas of expertise. We asked them how it felt to have a gender-balanced team within relatively male-dominated disciplines.  Are there benefits to be had or is it essentially a moot point? 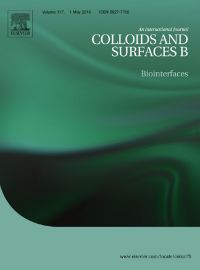 Here’s what COLSUB's editors had to say: 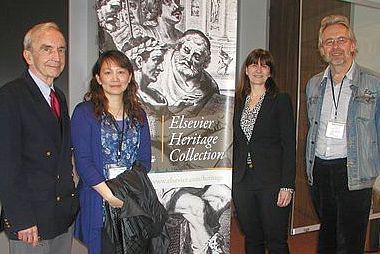 And their publisher, Rob van Daalen…

“As a publisher in Chemistry I am responsible for 15 journals and for most of my journals, women editors represent a minority. I have noticed a change in the Colloids and Surfaces B team since the team became gender balanced. Cooperation, collaboration, and communication are often seen as female strengths and I definitely see this in our meetings. Decisions and consensus are reached in a more harmonious way."

But why exactly are gender-balanced editorial teams important?

We asked the CEO of the Association for Women in Science (AWIS), Janet Bandows Koster, to weigh in on why gender equity or parity on editorial teams and boards is important. She said: “In a nutshell, diverse groups make better decisions and produce higher quality science.  A 2013 study published in Plos One demonstrated that a gender-heterogeneous, problem-solving team generally produced higher quality journal articles than a team comprised of high-performing individuals of the same gender. In addition, publications produced by gender-diverse working groups received 34 percent more citations than those produced by all male teams. 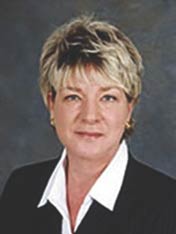 “Preliminary findings from a recent AWIS study also indicate that gender and ethnic diversity on award nomination and selection committees lead to more equity in the scholarly award process. And other studies have shown that women who are outnumbered by men in a group are much less likely to speak their mind. The statistics are quite staggering here:women speak 75 percent less than men when outnumbered by men, which means you’re losing out on the kind of diversity which has been shown to improve decision-making and, ultimately, the science produced.”

Koster continued: “I’d also like to point out that the equal representation of women on boards is important because men often have an elevated status in STEM (science, technology, engineering and mathematics) based on implicit bias. We’ve found that a conscious effort must be made to balance committees and boards as it won’t happen on its own.”

With these insights from AWIS, we turned to see what other publishers are doing to balance their boards. Emilie Marcus, CEO of Cell Press, explained: “At Cell Press we aim to be vigilant about implicit bias. Whether we’re looking for the right speaker for a conference or an editorial board member, we want excellence and diversity and the best way to achieve that is to identify selection criteria for quality that don’t stack the deck in favor of a particular career stage, geographical location or gender.  At Cell, 75 percent of our in-house editors are women, and in our external editorial board, the ratio of men to women is roughly 75-25. 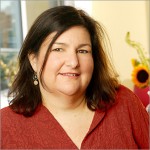 "When I became the Editor-in-Chief of Cell 14 years ago, you definitely saw a recognizable trend at the flagship journals - all the top editors were male. That is beginning to change now.  I am a very strong proponent of diversity leading to better decision making and, ultimately, better science. Once any decision-making group becomes too skewed towards one of these elements, it becomes entrenched and unconsciously exclusionary.  This then becomes very hard to change, and leads to a group that is less agile and responsive to new influences. And that’s when you risk compromising the science.”

At Elsevier, we have long been working to improve gender equality within the academic community through initiatives such as The Elsevier Foundation. You can read more about the Foundation’s activities and other relevant projects in the category dedicated to Women in Science on Elsevier Connect. We aren’t alone. In a 2013 article, Gender progress (?), Nature shone a spotlight on its gender equity record. In the News & Views section, the proportion of female authors had increased from 12 percent in 2011 to 19 percent in 2013. The proportion of women appearing in profiles by Nature journalists had increased from 18 percent in 2011 to 40 percent in 2013. But the number of articles by women in their World View section remained low at 12 percent, as did the overall number of women reviewers at 13 percent in 2013. Unfortunately, they have no quick fixes to share, only the lessons of driving awareness and taking active steps to ensure gender balance whenever feasible.