"The more that you read, the more things you will know"

"The more that you read, the more things you will know. The more you learn, the more places you'll go". - Dr. Seuss, I Can Read With My Eyes Shut!

Long gone are the days when scholars could read all the journals in their field and feel like they were up to date. As early as 1826, the publication deluge led Michael Faraday to remark: “It is certainly impossible for any person who wishes to devote a portion of his time to chemical experiment, to read all the books and papers that are published.” He believed the challenge of finding publications of interest among the mountain available led people to, “pass by what is really good”.

Today there are more than 2,000 scientific, technical and medical publishers responsible for more than 27,000 active, peer-reviewed scholarly journals, containing more than 1.5 million peer-reviewed articles per year.  And because readers have unprecedented access to a large proportion of these articles online, does that mean they are able to read all those that are of interest?  And if they are spending so much time reading, how can they have time to do research, not to mention write their own papers?

Several recent studies have shown that readers of journal articles are managing quite well.  And, as suggested by Dr. Seuss, the more they read, the more they know, and the better they are at producing articles and receiving funding (Seuss suggests reading increases researcher mobility.  This, however, has not yet been assessed).  Researchers now read from 25%+ more journals and the number of articles read per year has increased by 15%.  Productivity (time spent analyzing versus gathering data) has increased by 4%[1].

Research Information Network (RIN) in the UK has delved further into reading behavior and the question of productivity.  In Phase One of their e-journal study (2009), they examined whether enhanced access to journal articles has led to greater productivity, research quality and other outcomes.  They found that the use of journal articles more than doubled between 2004 and 2008[2].  At Russell Group universities (the 20 leading research-intensive universities in the UK), usage tripled.  Andrew Plume, Associate Director of Scientometrics & Market Analysis at Elsevier, adds: “Downloads of journal articles are increasing faster than the worldwide growth in the number of articles published each year. Readers are citing more, and from more varied sources. This suggests that they are finding and using a growing proportion of the worldwide scholarly literature.”

Not surprisingly, as they move through the academic system, researchers read more.  Only 2.6% of students reported that they read journal articles every day, while 36.8% of PhD students and 45.3% of researchers reported daily use [3]. Even at the researcher level, their approach to reading differs, with some reading the entire article once and others concentrating on article sections.

Does the fact they are sourcing and reading more articles translate into increased productivity?  Assessing the period 2004-2008, RIN found a strong correlation between the number of articles viewed and the number of articles published. The group also discovered a correlation between reading behavior, publications, PhDs granted and grant income[3]. This is supported by Carol Tenopir’s study[4] which shows that electronic journals play a vital role in all aspects of grants, from proposal writing to final reports.

“It’s clear that e-journals have given researchers an unprecedented level and convenience of access to knowledge in scholarly articles, but what effect have they had on the ways in which researchers seek information? Do they provide good value for money to higher education libraries and what are the wider benefits to universities and research institutions?” asks Plume. 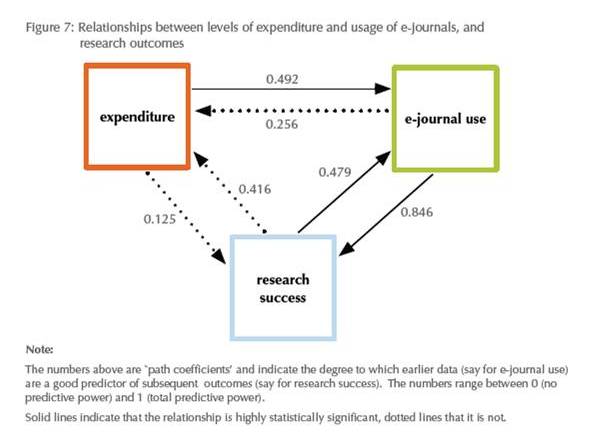 “All this is good news for journal editors,” explains Plume.  “They can be assured that their journal’s best articles are doing more than inspiring ideas.  They are increasing publications, citations, PhDs awarded and research income.”

Plume continues: “It’s good news for libraries too. Library expenditure on e-journals remains only 0.5% of total university spending.  At the same time, studies like these show their vital role as information providers.  By showing the return on investment they provide to the universities, they become important stakeholders in the university’s and reader’s success.”

What do you think? You can share your views by posting a comment at the bottom of this page. 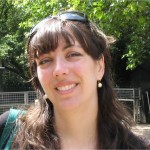 Noelle Gracy
REGIONAL MARKETING MANAGER, N. EUROPE AND LATIN AMERICA
Noelle Gracy received her PhD in Neuroscience from Cornell University, Graduate School of Medical Sciences, New York, and completed her postdoc training at The Scripps Research Institute in California. She moved to scientific publishing at Academic Press in 1999, at the beginning of the transition to online publishing. She handled the biochemistry, and later genetics, journal portfolios as Executive Publisher until 2009.