Humanizing the values for publishing in India

Making a contribution to the success of scientific publishing in India

Methodical publishing capabilities, both in terms of excellence and scope, to a great extent reflect the strength of science and technology in a country.

Many emergent countries, including India, are yet to achieve triumph in this aspect. In the recent past, the order of global leaders has been evolving and the “east” is now giving a tough friendship to the “west” in terms of methodical and technological power [1]. But, India is struggling for a better-quality position in this competition.

India publishes a huge number of journals; there are about 600 biomedical journals alone [2]. But, the eminence of these journals remains largely overlooked. In a recent editorial in the Indian Journal of Medical Research, some common problems encountered in scientific publishing in India, especially in the biomedical field, were discussed with great concern [2]. The editorial also described the role of the journal core team (including the editor and other editorial team members) in bringing these journals in the vanguard of the global community [2].

Here I share a few other concerns which, if properly addressed, could make a contribution to the success of scientific publishing in India. The prominent funding bodies under the Government of India, such as Department of Science & Technology, Department of Biotechnology, Indian Council of Medical Research, Council of Scientific & Industrial Research, etc., should recommend that researchers publish their work preferably in relevant Indian journals. The funding bodies should broadcast a special package/reward/prize, in some form or the other, for researchers who publish their research in Indian journals.

It is now a traditional fact that the Asian scientific power is soaring at a rapid pace, and a sense of “look east” has developed in the minds of the global community. But, I am sorry to say, the Indian research community (both scientists and students), though aware of the above fact, still believe in “west-first” and prioritize publications with a good impact factor (IF) [3]. An implement is required to change the way of thinking of researchers working in various laboratories and their preference should shift to “good-will factor” rather than “impact factor”.

India, China, Japan and Korea are collaborating with agencies like NPG, Elsevier, etc. to bring their journals to the front of the global community and thereby improve their standards. Recent trends in science and technology all over the world clearly indicate that China is rising at a rapid pace [4]. Though the data show that India is also moving on in this direction, the intention is still miles ahead [5]. It is time to think. It is really the time for a “publish in India” movement [6].

I strongly believe that a combined effort by funding agencies, researchers, public and private sectors, and journals’ editorial teams, would certainly transform India into the international leader in methodical publishing.

Conflicts of interest: None declared 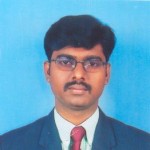 Dr. D Chandramohan completed his postgraduate study at the Alagappa Chettiar College of Engineering and Technology in 2008 and his PhD at Coimbatore Institute of Technology, Tamilnadu, India, from Anna University, Chennai, in 2013. He has been engaged in active research in the field of composite materials for the past 10 years. He has filed four Indian patents and has 40 research papers to his credit, which have been published in various international journals of repute. He has presented 15 research papers related to composites at various national and international conferences held in India. He received the Fellowship Award 2011 from the Society for Applied Biotechnology, India. At present, he is working as Associate Professor in the Department of Mechanical Engineering, Vel Tech (Owned by RS Trust), in Avadi, Chennai Tamilnadu, India.