Author gives reasons why the authors' COI statement should be abolished 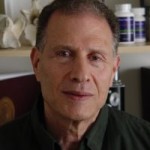 The collaboration of Dr Gad Gilad, PhD, with Varda Gilad while working at several academic centers, including the National Institutes of Health, Weizmann Institute and Harvard University, has resulted in more than 100 peer-reviewed scientific papers and several patents. He is the co-founder and CEO of Gilad&Gilad LLC, a California- based company that manufactures and markets nutraceutical supplements for nerve health. He is also an Editorial Board Member of International Journal of Developmental Neuroscience. Here he outlines why he feels it is time to abolish the author Conflict of Interest Statement.

Does the appearance of financial or other "material" interests by authors of scientific papers present a more serious bias than other competing interests so as to require a signed Conflict of Interest (COI) statement? Really! How about down-to-earth banal "conflicts of interest" such as: promoting ones favorite hypothesis; self promotion for achieving tenure, a desired position or a higher status; or self promotion when competing for funding and prizes [1,2].

It is not at all clear that scientific misconduct arising from conflicting financial or other interests, has been on the rise in the years preceding enforcement of the COI rules by editors of scientific journals [1]. Human nature however, indicates that the ever increased fierceness of competition is bound to result in continued evasion of ethical rules with disregard to the consequences in spite of any deterrents [4]. Enough recent examples, which have occurred after the COI statement has been enforced by mainstream biomedical journals [1,2], demonstrate that this is indeed the case. Apparently, aside from vain appearance, the authors' COI statement simply does not make any difference.

Furthermore, in this day and age the availability of alternative and effective citable journals, albeit some considered of lesser "prestige" [5,6], but readily accessible for rapid publication on the blessed internet, makes the whole exercise of demanding COI statements from authors, futile indeed.

Surely, journal editors are aware of these facts and do not regard authors' COI statements as some kind of guarantee against, or even deterrent to fraud. If one chooses to cheat and publish a paper with outright false information, would a COI statement stop her or him? Of course not! Rather, if such a paper is of sufficient interest, sooner or later the scientific community is apt to expose the fraud anyway (e.g., ref. 6). Otherwise, fraudulent publications would remain harmlessly buried "in a wasteland of silence, attracting no attention whatsoever" [7].

For these reasons, I think that the authors' COI statement in scientific papers is an oxymoron and hereby propose that it should be abolished.

Finally and further diminishing the significance of the authors' COI statement, are competing interests of all other parties involved in the publication process including the editors* [1,8], reviewers (who remain conveniently hiding behind the veil of anonymity) and publishers [9]. Are we to require published statements from all those parties as well…? Clearly, the author's COI statement is an exception. This, some go so far as to say, singles out authors of scientific papers as potential criminals and therefore, is also unfair; the author's COI statement, they say, is nothing but a pretense, a fig leaf cover at most for journal editors and publishers. Today, when even the very naive of readers of scientific papers are well aware of these truths, this requirement is obviously uncalled for. So, "Let's Call the Whole Thing Off"!

*Disclosure†: Two journal editors have recently refused a priori to accept a submission of a scientific paper by my group, explicitly declaring a conflict of interest on account of apparent financial interests. Things have obviously gone wrong and out of proportions when worried editors prescreen submissions for the sake of their journal's façade. The declared purpose of COI statements is to let the readers judge and make up their own mind about the quality of scientific papers. Anyway you look at it, it is time to abolish the authors' COI Statement altogether!

†As an afterthought, I would like to suggest the option of instating a voluntary Disclosure statement for honest souls to voluntarily disclose their biases. Like the original intent of the Acknowledgement statement, this should be a sufficient and honorable choice properly left at the author's discretion to include or exclude any information.

[1] International Committee of Medical Journal Editors, "Uniform Requirements for Manuscripts Submitted to Biomedical Journals: Ethical Considerations in the Conduct and Reporting of Research: Conflicts of Interest".

Jacques Maurissen says: November 14, 2013 at 5:57 pm
A conflict of interest statement might still be required, but a voluntary disclosure of biases is much more important in terms of letting the reader know about the many factors possibly driving data selection, bibliographic amnesia, selection of the statistical analysis giving a significant p value, overreaching conclusions, etc.  I am very much interested in this  question. (JMaurissen@yahoo.com)