Making the most of your COPE membership

In 2008, all Elsevier journals were enrolled in the Committee on Publication Ethics (COPE), so editors would have an alternative information resource when faced with research misconduct cases. In this interview, current COPE Chair, Dr Virginia Barbour, discusses recent changes to the organization and outlines some of the benefits that membership can bring.

When a handful of medical editors set up the Committee on Publication Ethics (COPE) back in 1997, they hoped that pooling their knowledge would help them tackle the ethics cases they were witnessing on their journals.

Fast forward 16 years and COPE can claim more than 8,700 members spanning a variety of disciplines across the globe.

While the organization has undergone tremendous change – particularly over the past five years – that original goal of editors offering their peers non-judgmental advice remains central to all COPE’s activities, says current Chair, Dr Virginia Barbour.

She explained: “COPE acted as a sort of support group for those early members and that really hasn’t changed. COPE provides the resources so that editors can make their own decisions – we aren’t here to tell them what to do.”

COPE at a glance:

COPE provides advice to editors and publishers on all aspects of publication ethics and, in particular, how to handle cases of research and publication misconduct. It also provides a Forum for its members to discuss individual cases.

COPE does not investigate individual cases but encourages editors to ensure that cases are investigated by the appropriate authorities (usually a research institution or employer).” *

* Taken from the About COPE page on the organization’s website.

Dr Barbour became aware of COPE in 1999, when she was working on The Lancet in the role of Molecular Medicine Editor – The Lancet Editor-in-Chief, Richard Horton, was one of COPE’s founding members.

In 2004, she left to join the Public Library of Science (PLOS) and was invited to join COPE’s Council. Dr Barbour said: “At that time, we were launching PLOS Medicine. Before our first paper was published we encountered some ethics issues so I realized COPE’s help would be important.”

At that stage, COPE still had a fairly relaxed structure, with no formal constitution. In the years that followed, membership expanded, a constitution was established, internal communications evolved, and the Council became more global. A group of officers was appointed (all voluntary) – the Chair, a Vice Chair, Treasurer and Secretary – and paid staff were added. These have all become crucial to the smooth running of what is now quite a complex organization.

Since taking over the reins as Chair 18 months ago, one of Dr Barbour’s key aims has been to increase that internationalization. She said: “Until recently, London was the location for all our quarterly Forum meetings (where cases submitted to COPE are discussed). One of the first things I did was to hold two Forum meetings by webinar – opening up the opportunity for all COPE members to attend, wherever they are based.  The success of the virtual Forums has been such that we have decided to hold all of our quarterly Forums by webinar.  We will also be holding workshops around the globe where members can meet in person to discuss cases and publication ethics issues.  We feel that it is important to retain that personal contact with our members, as well as opening up our services to more of our global membership.”

Another two important steps have been the introduction of online consultation sessions (still in early testing) and an International Advisory Group.

The online sessions are designed to supplement the quarterly Forums; they will be held on a regular basis, dictated by the needs of members. Dr Barbour said: “Cases can be submitted in the usual way (via the COPE website) and we will post them on a secure section of the site. We will then hold a two-hour session where anyone from the Council can login and comment on them. As with the Forums, a written summary of feedback will be provided to the submitting editor.”

The International Advisory Group, which is in the process of being launched, comprises a worldwide panel of individuals experienced in publication ethics. Dr Barbour explained: “Although our current Council is global and very active, by necessity it can’t cover every area of the world. To remedy that, we have sought people who are interested in helping us think about ethics issues in their country; if an ethics issue arises that is of importance to their region, we will be able to call on their expertise.”

She added: “The kind of internationalization we are discussing can only be achieved with appropriate software and technology so another major focus has been the introduction of those tools.”

Dr Barbour has also steered COPE through a strategic review which involved having a “hard think” about what its principles should be. She said: “COPE’s primary purposes are now much clearer; we exist for the support and education of members and we enable them to solve cases – on their own. That last point is absolutely the thing that members appreciate.

“Another point I would like to make is that we are not a regulatory body – this isn’t the General Medical Council. We do get people writing to us about the behavior of editors. We do have a Code of Conduct and can work with editors to look at how they can better comply with it but we don’t feel it is our role to rule on an editor’s conduct from a regulatory point of view.”

What happens when a case is submitted to COPE

When editors approach COPE for advice on a case, the first step is to direct them to the resources on the COPE website. Dr Barbour said: “Many of the problems they experience we will have encountered before, for example, authorship issues are tremendously common.” The website contains flowcharts to help editors make decisions on many publishing ethics dilemmas, such as ‘What to do if you suspect redundant (duplicate) publication’ and ‘What to do if you suspect a reviewer has appropriated an author’s idea or data’. There is also a database containing details of, and advice given on, the 500+ cases COPE has discussed since its inception in 1997. Work is currently being carried out to increase the effectiveness of the database’s search function. COPE also hopes that an ongoing reclassification exercise will help it understand which areas of research misconduct are becoming more prevalent and require more focus.

Dr Barbour continued: “If an editor feels their case is not so simple, or they need a bit more support, e.g. they are a first-time editor, or are under pressure from someone, then we suggest they bring the case to one of our quarterly Forums, where it can be discussed by up to 60 editors. Another option shortly will be to submit it for an online consultation session.

“Both these avenues can lead to a divergence of members’ views – not in a combative way, but you will find one editor says ‘this has always helped me’ while another favors an alternative approach. Sometimes members will say ‘exactly the same thing happened to me’ and they can explain how they dealt with it. We collate all the feedback received and provide a written (anonymized) summary to the editor who submitted the case. It is up to them to decide on the next steps.”

Dr Barbour has seen firsthand the value that discussing a case at the Forum can bring. She explained: “At one North American Forum, a member mentioned that they were puzzled by the behavior of an author who had fabricated, or inaccurately reported, references on a paper. It sounded odd, but minor. Then another member said ‘that’s weird’ and related a similar story. It turned out that the reference fabrication was just one aspect of a wider case and between them they uncovered misconduct going back years.

“Similarly, last year at two or three Forums we heard about incidents where authors had fabricated reviewers. It was strange, nobody had ever heard of this happening before and then suddenly there were three cases in six months. That was sufficient for us to send a warning to all our members.”

Plans for the next few years include a focus on making COPE more proactive in leading debates on publication ethics. The first steps have already been taken with the introduction of a ‘discussion’ about a topical ethics issue at the start of each Forum. She said: “Our ultimate goal is to be an organization that leads the debate on publishing ethics.”

COPE – how it can help

The automatic COPE membership Elsevier extends to all its journals brings a number of benefits. As an editor you can:

You will also have access to a variety of resources available to members and non-members alike. These include: 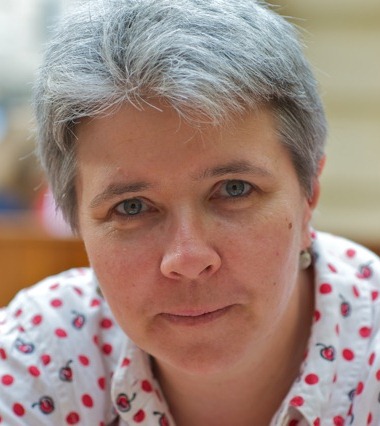 Dr Virginia BarbourCHAIR OF COMMITTEE ON PUBLICATION ETHICSVirginia Barbour joined The Lancet in 1999, becoming Molecular Medicine Editor in 2001. She joined the Public Library of Science in 2004 and was one of the three founding editors of PLOS Medicine. She was Chief Editor until September 2013 and is now Medicine Editorial Director for PLOS. She initially studied Natural Sciences at the University of Cambridge, and then Medicine at University College and Middlesex Hospital School of Medicine, London. After training in hematology at the Royal Free Hospital, London, she continued her studies at the Institute of Molecular Medicine in Oxford, before carrying out postdoctoral work in the Division of Experimental Hematology at St Jude Children's Research Hospital in Memphis, Tennessee. Alongside her role as Chair of COPE , Dr Barbour is a member of the Ethics Committee for the World Association of Medical Editors (WAME). She has participated in discussions on revisions to CONSORT statements, the QUOROM statement and was involved in the first meetings of the EQUATOR initiative.

* Dr Barbour was interviewed for this article by Linda Willems, Editor-in-Chief of Editors’ Update.