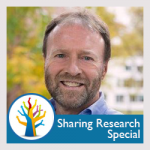 Robert W. Staiger is the Stockwell Professor of Economics at The University of Wisconsin.  He served as co-Editor of Journal of International Economics from 1995 through 2009, and became co-Editor-in-Chief (with Charles Engel, University of Wisconsin) in January 2010. Staiger’s research focuses on international trade policy, rules and institutions, with a particular emphasis on the economics of the GATT/WTO. 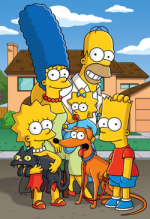 Established in 1971, with Jagdish N Bhagwati as its lead Editor (Bhagwati is widely recognized for his many contributions to the field of International Economics and was featured as the fictional winner of the Nobel Prize in Economics in The Simpsons episode Elementary School Musical), the journal is intended to serve as the primary outlet for theoretical and empirical research in all areas of international economics. The journal publishes six issues per year, receives around 500 submissions per year and has a rejection rate of around 90 percent. The 2013 Impact Factor was 2.086, and its 5-year Impact Factor is 3.270. Together with Kyle Bagwell, Robert Staiger is currently serving as Editor of The Handbook of Commercial Policy (Elsevier), due out in 2016. 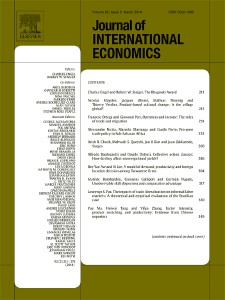 Q. What does being a journal editor mean to you and what do you find most rewarding about this role?
A. I find that being co-Editor-in-Chief of the Journal of International Economics (JIE) requires substantial work but is also very rewarding. The work is challenging in large part because it is relentless, involving a steady stream of tasks that can’t really be put off when other demands arise. But the rewards are also substantial. Primary among these is the opportunity to assemble a team of the top researchers in the field to serve on the editorial board as co-editors and associate editors, and to work together with this team to ensure that the articles published in the JIE are of the highest quality. When an author with a paper in international economics is deciding on a journal submission strategy, a relevant factor is often the makeup of the editorial board at each journal. He or she is very likely to be drawn to the JIE in large part because the strength of the set of JIE co-editors and associate editors is unmatched. My co-Chief Editor, Charles Engel, and I strongly believe that the strength of our editorial board is the decisive feature that puts the JIE among the very top economics journals in the profession (the Google Scholar Metrics 2008-2012 ranking of journals provides some recent evidence of the JIE’s status).

Q. What are your biggest challenges as co-Editor-in-Chief of Journal of International Economics? How do you overcome these challenges and what extra support can Elsevier provide?
A. My biggest challenge is maintaining a top flight editorial board. I work very hard to attract the leading researchers in the field to become editorial board members, and naturally these are people who are extremely busy with their own research agendas. Sometimes a fair amount of convincing is required. For example, to attract a young and rising star to the position of co-editor, I may have to convince that person that the job will not distract them unduly from their own research, and that the editorial duties they take on, while requiring significant effort on their part, will at the same time provide them with an alternative way to shape research in the field. In this regard, the best support that Elsevier can provide is to make the mechanics of the editorial process simple for the co-editors and associate editors, and to ensure that the process is not overly heavy-handed in terms of extra structures and mandated procedures imposed in “one-size-fits-all” fashion from above. That kind of support allows me in my discussions with a potential candidate to focus on describing the substance of the job, namely making sure that the very best papers in international economics are published in the JIE, and to indicate to the candidate that the mechanics of the job are simple, intuitive and virtually invisible (as they should be).

Q. In many areas of research, the growth of paper submissions is outpacing the growth of qualified reviewers and resulting in pressure on the peer-review system. What do you think the solution to this problem is and how do you see the peer-review process changing in the future?
A. The burden on the economics profession to referee papers is certainly a problem, not least because the typical paper generates the need for two (or sometimes three) separate referee reports. In my opinion, the primary solution to this problem has got to be increased triage by journal editors and co-editors. This triage can take place at several levels.

The more triage that can be carried out along the lines of the first four categories above, the more the refereeing burden on the economics profession in general can be kept from becoming completely unmanageable. I also believe that a secondary solution to the problem exists: in my opinion, the refereeing burden is far too concentrated among a small set of “obvious” referees, when in fact there are often excellent potential referees who are overlooked; in this regard, editors and co-editors can use their broad knowledge of the portfolio of researchers in the field to more evenly distribute the refereeing burden.

Q. Academic publishing is increasingly embracing open access. How do you see these open access changes in your country? And how do you see them affecting authors who publish in your journal?
A. This may change over time, but so far I do not see developments in open access as being particularly important to the economics profession in the United States or as having much, if any, impact on authors that publish in the JIE.

Q. Researchers need to demonstrate their research impact and they are increasingly under pressure to publish articles in journals with high Impact Factors. How important is a journal’s Impact Factor to you and do you see any developments in your community regarding other research quality measurements?
A. For various reasons related to how it is constructed, I do not think the Impact Factor has much relevance for the JIE. More generally, while I do think some metrics (such as the Google Scholar Metric noted above) contain information that is broadly relevant for the journal, as a JIE editor I do not focus on them, but on securing the best possible editorial board. Through the high-quality editorial work of that board, I believe that the rest (i.e., the stature of the JIE in the economics profession) will take care of itself.

Q. As online publishing techniques develop, the traditional format of the online scientific article will change. At Elsevier, we are experimenting with new online content features and functionality. Which improvements/changes would you, as an editor, find most important?
A. I believe there are some new online content features that could potentially be very helpful, though it is always hard to predict which features will actually be used. For example, the AudioSlides feature allows an author to simply upload their seminar slides (possibly with an added audio component) to appear alongside their published paper in ScienceDirect. This could provide an added entryway for a reader to understand the content of the paper quickly, and it could perhaps encourage the reader to teach the paper in his or her classes (perhaps using the slides). On the other hand, many researchers already post their seminar slides on their own web pages, and so the value of the AudioSlides feature will probably depend on how valuable readers find the ready availability of the slides alongside the journal article.

Q. Do you use social media or online professional networking in your role as an editor or researcher? Has it helped you and, if so, how?
A. No, I do not make use of these tools.

Q. How do you see your journal developing over the next 10 years? Do you see major shifts in the use of journals in the future?
A. Of course, it is always hard to predict the future, but I see the mission of the JIE, as with all of the best peer-reviewed journals, to be relatively constant through time: to faithfully reflect the evolving state of knowledge in the field through publication of the best research.

Q. Do you have any tips or tricks to share with your fellow editors about being a journal editor?
A. Unfortunately, I don’t think there are any silver bullets out there, no substitute for consistent attention and steady focus on the fundamental mission of the journal, which at least for the JIE is to publish the highest quality research in international economics. What has worked well for our journal is to find ways to attract the best researchers to the editorial board, and then to place full trust in the editorial judgement of each co-editor by giving him or her complete autonomy to make the editorial decisions that he or she deems appropriate.