We chat to two of The Lancet’s regional editors

We know from editor feedback during conferences and webinars that many of you are keen to attract Asia-based editors on to your boards.

We also know that some of you are unsure how to begin the important task of recruitment. Who should you approach? What qualities should you look for? Are there any pitfalls you should be aware of?

In this article we chat to two of The Lancet’s regional editors; Beijing-based Asia Editor, Helena Wang, and New York-based North American Senior Editor, Maja Zecevic. They reveal the positives, the challenges - and the surprises - they have experienced since Wang’s appointment to the team 18 months ago. 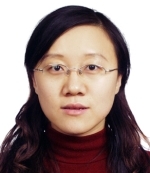 I had been working for three years on the Chinese version of The Lancet to develop various editorial projects when I spotted the advert for an editor on the English-language journal. I thought why not try?

That was one and a half years ago and the role has turned out to be beyond my expectations. It is my dream job...The Lancet is my Mr Right.

I am a member of the fast track team, which involves peer reviewing manuscripts submitted globally to enable publication within four weeks. I am also responsible for peer review of normal track papers from Asian countries such as China (including Hong Kong), Japan, Taiwan and South Korea.

My role includes writing editorials in English commenting on research and health policies, many of which relate to China, and that has been so interesting for me. One of my editorials focused on the predicament of Chinese doctors - their thoughts, feelings and doubts - and it received a lot of feedback and support.

I also work on The Lancet’s ‘China’ issues, which feature submissions of high quality research from Chinese authors or research teams working in China. The number of submissions from China is increasing fast. However, the methodology and novelty of the research undertaken by most Asian countries, including China, are still of major concern.

During my time on The Lancet I have noticed a number of differences between myself and the editors in London. In Asian cultures, people do not express their thoughts as openly and directly as westerners. Instead we read between the lines and believe that ‘silence is golden’. That is why, compared to westerners, some Asians appear quieter in discussions.

That difference also applies to management styles. In Asian countries, staff are often more happy to listen and let their boss tell them what to do. They can be more unwilling to make suggestions and speak their mind. My boss on The Lancet is always helping and encouraging me to express my own thoughts more freely and openly to the editorial team.

Another difference I see is in the standard of research papers submitted. Western countries have adapted very well; they know the research as well as the submission rules. They know how to present their ideas clearly and strongly to the editors. But in Asian countries, gaps in understanding remain. Part of my role is to educate. I give presentations at universities, research institutes and seminars to try to overcome those gaps. If you play football or basketball you have rules and if you don’t follow the rules you won’t score. It’s the same principle with submissions. 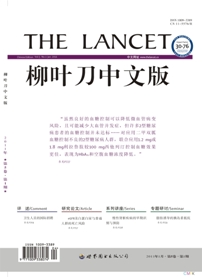 I don’t believe that exchange of knowledge has been only one-way. At the beginning of this year I travelled to London to give a presentation about The Lancet in China and my colleagues were very impressed by the journal’s influence here. The Chinese really respect The Lancet very much. If a Chinese doctor publishes with us he will be headline news and receive a large financial reward. The Lancet’s interest in China has made the Chinese admire the journal even more. My colleagues were also surprised by the huge investment in research in China and the ambitious goals of that research. China is quite open-minded these days and has invited many editors from top journals in western countries to share their knowledge.

Another issue I’ve encountered is the time difference. When we finish work in China, the London office is just beginning. I need to pay attention to the emails that flow in then to make sure I don’t miss any urgent tasks. Sometimes, I need to work or join telephone editorial meetings at night.

The other challenge involves living and working in different cultures. It goes far beyond the differences in languages – English or Chinese - which I understand very well. The challenge is that when you work with colleagues in the UK or US, you need to think and act as westerners do, while when you contact Chinese government or doctors, you must act in a very traditional Chinese way.

I think The Lancet is a very good fit for China. The name can mean a window letting in light or a surgical scalpel. Things are changing in Asia and so are health policies. We need to cut off the bad policies and shine a light on what we are doing well. We can learn from Western countries; understand their advantages as well as the lessons already learned.

I feel very appreciative of The Lancet, which has also provided many valuable training opportunities, including English language polishing and clinical statistic courses.

Another thing I have learned at The Lancet is to think globally. I now say to researchers to think outside of the box when they are preparing their papers - think about the global perspective! 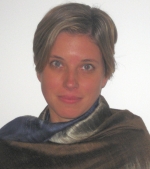 Things in Asia work very differently. If one wants to succeed in those countries, one must adjust to the local customs and culture. It is very important to have someone who has local connections and respect; someone who knows the mentality and local language and who speaks fluent English. In my experience, experts in India, for example, often speak very good English but that is not always the case in China.

We are a medical journal and for us the Asian market is really evolving; China and Japan are two of the biggest funders of basic science research and are responsible for a substantial number of clinical trials. Sometimes these are run by local companies, but Asia is also really attractive for Western pharmaceutical companies who carry out trials in both Caucasians and Asians. Differences in genetic make-up can influence the side effects and efficacy of the drugs being tested. Asia also offers a population of ‘therapeutically naive’ patients who have not taken drugs before. Add to that the large population base and the low costs and one can see why it is so popular.

It is also important to note that some diseases are simply more prevalent in Asia, for example gastric cancer in China, so naturally a lot of related studies are conducted in China or use Chinese subjects.

One of Helena’s roles is to look into how we can ensure this research is done ethically. She has been visiting institutions and medical centers to educate authors and principal investigators on how to properly carry out and report their research. The other main goal is to attract high-quality clinical research content from China for the journal.

Interestingly, she picks up on things we aren’t aware of here, for example, how the media in China reports items in The Lancet. That helps us understand what aspects of our content other world regions find important. 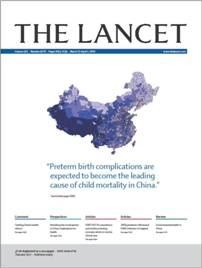 We also produce special issues of The Lancet focused on China because their health reforms are educational and of interest to our global audience. Those issues give us the opportunity to highlight advances made in the right direction and to emphasize areas that currently need to be addressed in China. They can also help to focus the existing diverse health priorities and improve funding.

Authorship is often an issue with regard to submissions from Asia. The same goes for copyright regulations. They are still discovering the ways these things are done properly and ethically. The pressure to publish there is much higher; guest authorship is very strong and the top people, who have a lot of influence, want their names on high-impact papers. That means young researchers can feel compelled to include authors who actually had very little to do with the reported research. There is also the perception that an important name on a paper makes it more likely to get respect and be published.

Journals wanting to attract Asia-based editors on to their boards should bear a few key things in mind. Working in a side editorial office has its challenges and advantages - that’s something both Helena and I have experienced – and I like to say we are often the ‘face, eye, and ear’ of the journal in our respective regions.

Editors working alone must have an independent mind, be flexible, and be happy to interact on your journal’s behalf. It’s not only about the editorial side, we also have a role raising awareness and promoting the journal. It is also important that we communicate and interact frequently with the journal’s main editorial team.

Journal boards should find someone who is outgoing and approachable because this is very much a networking and out-of-office role. The job is to interact, react and field what is important in the local region and convey this to the main editorial office.

The addition of Helena to our editorial team has enormously benefited The Lancet. She is doing a truly wonderful job. We are all so very fond and proud to work with her and have learned so much from her.

Helena Hui Wang
ASIA EDITOR, THE LANCET
Helena took on her current role in 2010 and focuses on reviewing manuscripts, writing editorials, and developing The Lancet’s presence in Asia through outreach, conferences, and themed issues. She is also The Lancet’s first point of contact for authors in Asia. She is the only China-based editor for the journal. She holds a Master’s degree in Pathology and Pathophysiology and a Bachelor degree in Clinical Medicine from Tongji Medical College of Huazhong University of Science and Technology in China. Before taking on her current role, she looked after The Lancet’s Chinese edition and was involved in various journal publication projects in Elsevier’s China office. Prior to that, she worked as a peer review editor for a local general medical journal.

Maja Zecevic
NORTH AMERICAN SENIOR EDITOR, THE LANCET
Maja Zecevic, PhD, MPH, is the only US-based editor for the journal. She commissions clinical and public health pieces; represents the journal at major conferences and invitation-only meetings; discusses research with leading academic, government and for-profit clinical and global health leaders; is an invited lecturer and conference moderator; and writes editorials for The Lancet. Originally from Serbia, after living in Latin America for several years Maja moved to the United States to pursue her drive and passion for biomedical and public health research. She received her PhD in Cell Biology from the University of Virginia and a subsequent Master’s degree in Public Health from Johns Hopkins University. Before joining The Lancet, she was a Cancer Prevention Fellow at the National Cancer Institute and at MD Anderson Cancer Center.