One year at Chemosphere 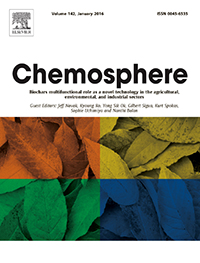 Two years ago I received a fateful email from Deirdre Dunne, an Elsevier publisher, that would dramatically change my daily routine. She told me that I had been suggested as a potential candidate to serve as an Editor-in-Chief of Chemosphere. I was in Singapore that morning and I remember vividly pacing the room, pondering how this fascinating email came to be. Twenty years before this message arrived, I was building my career as a new PhD student in Professor John Giesy’s laboratory at Michigan State University. Within the first week of arriving at Michigan State, Professor Giesy asked us to begin reading each issue of a few key journals depending on our interests. Chemosphere was one of the journals assigned to me and I remember well how John instilled in me the importance of this journal in the field of environmental science and toxicology. At that time, I was starting a project investigating the occurrence of PCBs in the Detroit River.Chemosphere remained one of the most important journals throughout my career, so I was honored and fearful when I was asked to consider an Editor-in-Chief (EIC) appointment. I had a premonition of what an EIC position at Chemosphere could be like, but absolutely no idea as to the sheer magnitude of what was in store.

Within a day or two, Deirdre aligned our time zones and we spoke by phone for well over an hour.  She had a very upbeat and optimistic view on what an EIC could do for this well-respected and rapidly growing journal.  However, the journal statistics were positively daunting and the workload seemed insurmountable. She spoke about the rapid growth in submissions, particularly from China. It was hard to believe that the journal I began reading in 1994, which then seemed dominated by European and North American articles on persistent organic pollutants, had grown to a high-impact, globally recognized journal with over 3,000 annual submissions. How could an EIC possibly handle this immense workload and responsibility? This seemed especially challenging considering my relatively new transition to academics and being a father to identical twin two-year-old daughters and a seven-year-old son.  However, Deirdre offered some glimmers of hope. First, she told me about the model for Science of the Total Environment (STOTEN) where Damià Barceló and Jim Bennett became Co-EICs and together grew STOTEN’s submission rates and Impact Factors simultaneously.  I had a chance to connect with Damià, and he was extremely encouraging yet quite clear that an EIC position is hectic and challenging. However, after dwelling on the idea for a week or so, I politely turned down the offer. I worried that with a young family and busy career, managing a couple of thousand papers per year was not something I could manage.

“Twenty years from now, you will be more disappointed by the things you didn’t do than by the ones you did do. So throw off the bowlines. Sail away from the safe harbor. Catch the trade winds in your sails. Explore. Dream. Discover.” – Mark Twain

Seed of doubt blossoms to a flower of certainty

Some time had passed when I found myself reading an article from Chemosphere, and I wondered if perhaps I had made a mistake in turning down this opportunity. A quote from Mark Twain came to mind:“Twenty years from now, you will be more disappointed by the things you didn’t do than by the ones you did do. So throw off the bowlines. Sail away from the safe harbor. Catch the trade winds in your sails. Explore. Dream. Discover.” Perhaps it was time to throw off the bowlines and sail into the world of publishing…

I knew from Deirdre that Jacob de Boer was considering an EIC position as well, and that the two of us could work closely together to help better manage the workload. Although I did not know Jacob first hand, I knew of his impressive research and indirectly heard that he was a very personable and warm-hearted scientist. When I learned that Jacob had agreed to be an EIC at Chemosphere, I decided to reconnect with Deirdre. At SETAC in 2014, I had the chance to meet with Jacob and Deirdre in person and immediately I knew that with Jacob’s leadership and friendship, we could help continue the excellence for which Chemosphere had been known for over 40 years. Indeed, had it not been for Jacob, I would have not made it through my first year at Chemosphere!

It was in the spring of 2014 when the floodgates opened and a torrent of manuscript submissions saturated my inbox. With each manuscript that arrived, I thought of the immense amount of work that goes into preparing a manuscript for publication. Indeed, as an author myself, I understand the challenges of writing, formatting, and submitting a manuscript for publication. Of course, I had my fair share of rejections along the way but I must admit I never fully appreciated the complexity of the process until I joined Chemosphere. After my first year at Chemosphere, I have come to realize the critical importance of accepting those pesky invitations for peer-review and why we must contribute to the process if we expect our own work to be published in a timely manner.

As I took the reins of Chemosphere alongside of Jacob, I quickly realized the magnitude of what greater than 3,000 submissions per year can do to your inbox… and sanity. I also realized that many authors had been waiting very long times for responses from Chemosphere, but the primary reason for the delays was far more difficult to address. I entered the EIC position feeling like an intrepid leader who could not only maintain the journal’s reputation, but could help the collective team to raise the journal’s visibility, and more importantly, citation rate. However, I quickly realized that inviting two or three peer-reviewers and having them quickly accept was an aberration and the reality was that getting reviewers to accept, and later complete, was very difficult. In fact, the existing paradigm of inviting a couple of reviewers then waiting two weeks or so to find out if they would accept, before inviting others was a broken paradigm that could send manuscripts into a death spiral of inviting reviewers, waiting, inviting other reviewers, waiting and so on.

Jacob and I worked with the associate editors to identify some means to increase the expediency by which manuscripts were processed, but the challenge of finding tenacious peer-reviewers remained somewhat elusive. To help with reducing our processing time, we added several new associate editors, all with high profile research portfolios and a rich history of reviewing for various journals.

Do I regret it?

I can tell you for sure that being an editor is a labor of love, since it is an immense amount of work and stress. While some days are better than others, overall I am very glad that I accepted this challenging role. There is more work ahead and I look forward to the future of the journal. All of us at Chemosphere are proud of the journal and we are all working hard to continue the legacy of excellence and to raise the profile of the journal into the future. 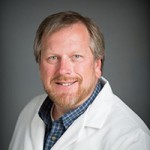 Dr. Shane Snyder is a Professor of Chemical & Environmental Engineering, and holds joint appointments in the College of Agriculture and School of Public Health, at the University of Arizona. He also co-directs the Arizona Laboratory for Emerging Contaminants (ALEC) and the Water & Energy Sustainable Technology (WEST) Center. For nearly 20 years, Dr. Snyder’s research has focused on the identification, fate, and health relevance of emerging water pollutants. Dr. Snyder and his teams have published approximately 200 manuscripts and book chapters on emerging contaminant analysis, treatment, and toxicology, and he currently serves as an Editor-in-Chief for the international journal Chemosphere.

Oladele Abdulahi Oguntade says: November 28, 2015 at 6:04 am
Your experiences and challenges are source of encouragement for young scientists like myself in the field of environmental soil science.