Meeting the Challenge of a Global Academic Community

Elsevier has an important support role to play in Asia

"While everyone has the possibility to submit a paper and become an author, editors are selected by their networks..." — David Clark, Senior Vice President, Physical Sciences

There is no doubt the number of papers submitted by Asia-based authors is increasing, and increasing fast.

But what are the possible consequences of this influx, not only for editors, but for journals and the scientific community at large?

He explains: “The birth of new internet technologies and the growth in these countries are two of the biggest trends in science and scientific publishing; they have transformed the landscape. Global collaboration with Asian scientists is rife and academics are regularly travelling. We are witnessing the emergence of one single academic community and that is fantastic.”

According to Terheggen, Elsevier has an obligation to ensure these prospective authors can fully participate in the publishing process. An obligation it shares with the authors’ parent institutions.

He acknowledges: “Yes, that brings challenges. Right now the rejection rate needs to be high and there are language problems that require editors and reviewers to spend too long on their evaluations. However, the papers that are published are often highly-cited and the overall quality is good. We know reviewers are doing some fantastic filtering and are choosing the right articles.”

He adds: “The danger is that poor language and presentation could be a recipe for under-publishing with good quality research lost. However, I see this as a temporary problem because the English language skills of the younger researchers are often really strong and improving fast.”

The importance of training

Concerns have been raised that the rate of duplicate submissions is higher in some Asian countries than those of more established scientific communities. Terheggen responds: “All countries have authors who show that sort of behavior. It’s probably more apparent in Asia because of the relatively large numbers of eager, early-career researchers who are not familiar with international codes of conduct. Don’t forget, a professor in China may have 100 PhD students, while in Germany that figure could be as low as 10. That makes it more challenging for the Chinese professor to get important messages across.

“But even if eagerness is to blame, duplicate submissions are highly undesirable as they double the workload for peer reviewers.

“We try to explain that to prospective authors and the initiative CrossCheck is also proving useful. It makes it relatively simple to pick up researchers who engage in plagiarism or multiple submissions.”

He adds: “Sometimes the duplicate submission is deliberate, just a couple of items are changed before the second submission. That is the worst form of ‘salami slicing’ but it’s not typical.”

Terheggen says Elsevier is continuing to build its presence in Asia, both in publishing and support roles.

“Nothing can replace that on-the-spot contact. We are therefore investing in the relocation of senior publishers to our Beijing office for periods of one month or six weeks. While our China-based professional expertise is growing, the visiting publishers gain deeper Asian knowledge. That two-way learning curve is also created by extended stays of Asian staff in Europe and the US.”

Asia’s expansion has closely followed a pattern established in other emerging countries. Subject areas such as chemistry, material sciences and engineering typically experience the first growth. This is usually followed by life sciences, social sciences and some of the inter-disciplinary sciences.

How Elsevier can help

“We have seen a significant increase in the number of submissions from emerging countries and a larger universe of authors brings its own set of problems. We know the new authors are not necessarily up to date with the ‘dos and don’ts’ of publishing so it is up to us to help them.”

Clark has some practical tips for editors swamped by papers from Asia.

“Talk to your publisher. Ask them how other journals are coping and about the services we have in place to help.

“For example, we run author workshops*, which are often visited by hundreds of early career researchers. These can be hosted by an editor and publisher, or by an editor alone and there is material available for use.

“It is not the editor’s job to rewrite a paper and there is a danger errors can creep in during the process. We encourage authors to ask a native English speaker to read their article prior to submission so they can make the corrections themselves. We certainly don’t feel that editors should be spending time on papers that they struggle to understand or follow – it is the author's job to get that right.”

Clark admits: “Some countries are also significantly over-represented, for example, 40% of our editors come from the US while only 18% of published articles originate there.

“This discrepancy can partly be explained by market shifts that are not reflected yet in editor representation, e.g. China has gained more article share in Elsevier journals at the cost of the US, UK, Japan, and Germany.

“Culture and politics also play an important role. While everyone has the possibility to submit a paper and become an author, editors are selected by their networks and people tend to turn to those they know.

“Levels of appropriate expertise can also be a stumbling block.

“I know some editors worry communication will prove problematic. This concern stems from a time when we dealt with paper but new communication technologies make international boards easier to run.

“Sometimes it is simply a case of hesitating to make changes to the current board.”

He adds: “This gap needs to be addressed, not for reasons of political correctness, but because of the practical advantages. It eases the burden on traditional academic communities and it offers access to good new people coming up through the system. Just look at the high standard of work already coming out of some institutes in China.

“However, the quality of a journal rests with the people editing it. We know that means that in some fields there will not be board members from emerging countries, while in other fields they might comprise half the editorial board.

“Many journals have already appointed editors in Asia and there are clear benefits for doing so. For example, the editors we do have from China do seem to accept, on average, better-cited papers than those from other countries. That suggests they do a good job and my own experience supports that.”

Clark has advice for editors keen to attract an Asia-based editor onboard.

“As I’ve mentioned, there can be concern about changing the current board. Remember, board members aren’t permanent and your publisher can announce member changes on your behalf.

“And if you want to identify potential Asian editorial board members we can help with that too. Using Scopus we can identify the best authors to approach. We can also give suggestions based on our experience with Asia-based guest editors. Our network can help...publishers can help, so please use us.”

* Asian countries are not the only venues to play host to our growing workshop programs. Learn more about recent successful events held in Brazil.

Seeking the solutions – Elsevier-supported initiatives that can help

Elsevier Language Editing Services
We will ensure that your manuscript is free of grammatical and spelling errors within four business days.

Elsevier Reviewer Workshops and Mentorship Program
Together with the editorial community, journal publishers at Elsevier have created a number of programs to develop and nurture the pool of future reviewers. 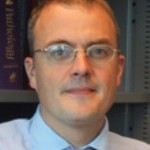 Philippe Terheggen
SENIOR VICE PRESIDENT PHYSICAL SCIENCES II
Originally a medical scientist and author, Philippe has an international background in book and journal publishing, marketing, production, and product innovation. In an earlier role, he was responsible for implementing the online article submission system to Elsevier journals. His current role is focused on chemistry and chemical engineering, engineering, energy and renewable resources, environmental sciences, agricultural and water management, as well as oil & gas and geological sciences. 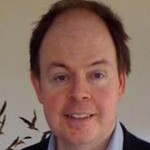 David Clark
SENIOR VICE PRESIDENT PHYSICAL SCIENCES
David oversees our program in physics, mathematics, computer science and materials which includes both some of the newest and longest-standing Elsevier journal titles. Previously he was a publishing director for physics and mathematics, publishing director for economics and a publisher for economics and for geography. David was educated at Oxford and London Universities.