Does the reward system in academia steer researchers away from investigating issues important to their community? These ECRs say yes.

By Ian Evans - August 7, 2020
Juliet Inyang, a Lecturer at the University of Calabar in Nigeria, works in marketing and economics with a focus on aviation.

For Juliet Inyang, Lecturer at the University of Calabar in Nigeria, research means following your passion to make a difference. However, the reward system in academia often steers researchers away from investigating the issues that would make the biggest difference to their community, she said, and instead pushes them to alter their research with the hope of publishing it in the most renowned journals.

“When I was first employed as a Graduate Assistant,” she explained, “I thought my process would be ‘I see a problem around me that I can do some investigation around, you do the research, and tackle that problem head-on, and the impact you make is about how your research helps solve that problem.”

Instead, the impetus to research a problem is skewed by the pressure to “publish or perish.”

“I think like many researchers, I see that phrase and it’s staring back at me like, ‘All the work you’ve done so far – that doesn’t count.’ What counts is if you’re able to publish in a journal that’s indexed in a reputable database.”

Juliet, who works in marketing and economics with a focus on aviation, illustrated this with an example based on her own research:

Let’s say I want to investigate an issue in aviation: Nigeria used to have a national airline carrier, and now it doesn’t even at a time when Nigerian air traffic is increasing. If I research that, I can examine the effects on the Nigerian economy, the psychological effect on the people, and whether a Nigerian carrier could generate huge revenue for the government. That’s research that could have a big impact on the country.

However, the process starts to get skewed, she said, because of her need to publish in high impact journals to advance – or even sustain – her career.

So if I do this research, where am I going to send it? Let’s say the Journal of Air Transport Management – an Elsevier journal. I look at the background and the scope of the journal and I think, OK – they’re looking for something more international. So the research I was motivated to do changes because to get published I must think about including India, Australia. But that takes me away from what I was planning to do and which would have had real impact for Nigeria.

Juliet’s comments reflect the discussion at a recent Elsevier webinar she attended (now available on-demand) on how the research reward system can be aligned with open science. 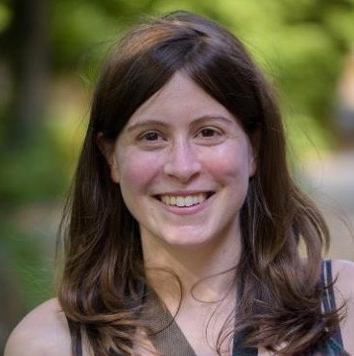 Speaking in that webinar, Veronique De Herde, a PhD candidate at UCLouvain and Open Science Ambassador for Eurodoc, said:

The present system is based on selective pressure on the individuals and actually rewards the most competitive researchers more than the most collaborative ones and that has adverse effects on research quality and openness. When metrics become the target, it leads to issues with research quality. … It doesn’t reward the time spent interacting and exchanging with other researchers – such as sharing data. At present the most advanced element of open science is open access – but that has developed without disturbing the current focus on metrics.

For Juliet, one possible answer lies in re-assessing how we define impact – something that was also raised during the Elsevier webinar. “Collaboration is something that should be recognized and rewarded, definitely,” she said. “And we should look again at what ‘impact’ means.”

Juliet also manages the open access Journal for the Advancement of Developing Economies (JADE), which gives her an additional perspective on how impact should be measured. As she sees it, the impact shouldn’t just cover citations but reflect where and how the research is used – for example, whether it’s used in policy:

For me, citation isn’t impact. For me, impact is getting my work out there and seeing that it has made a difference. 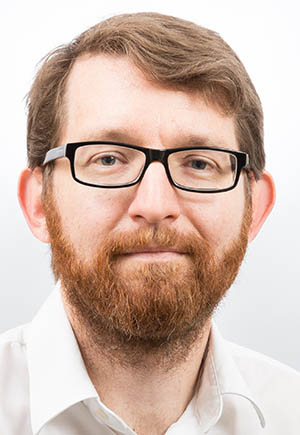 That builds on one of the points made during the webinar, where Dr. Andrew Plume, Senior Director of Research Evaluation at Elsevier, commented:

The reward system is inseparable from the incentives and the culture of research. If there is a future state for the reward system, it needs to be open and fairer, and needs to recognize and reward what we value in research and the behaviors we value… Some of the indicators we have now will retain some value – but we perhaps have an undue emphasis on them now.

Juliet also noted that creating – and placing value on – local databases and journal ecosystems would be another way to align genuine impact with recognition:

In one discussion group I’m involved in, we talk about the difference it would make to have an African version of something like Scopus, which indexes and ranks research by African institutions and researchers. That could make a difference to people passionate about pursuing research that makes a difference to the communities around them.

Advice to other researchers

It can be tough, Juliet said, to maintain motivation in a system that tends to push people away from the research they’re passionate about and instead follow research that feeds into the metrics that research institutions value. In her spare time, she works on the AcademicHive Blog, sharing research opportunities with early career researchers and providing career advice. As such, she has some thoughts to offer about maintaining motivation:

I think the situation around reward is changing. There’s a new breed of researchers who are passionate about impact. Their voices are getting louder and they’re moving towards this different way of measuring impact that’s not just quantitative. So I would encourage other researchers to just find something they’re passionate about, keep working on it, and look for those journals that have their interests in scope.

Open science and the reward system: how can they be aligned?

A professor’s mission: Translating his university’s research into societal impact

Evolving the academic conference during Covid and beyond