The Australian researcher journey through a gender lens

In Australia, “there's a lot of interest and action in gender issues, but progress is still quite slow,” says ANU gender equity scholar Prof. Fiona Jenkins

Gender and diversity have been an important topic for decades, and in recent years, there’s been more talk and perhaps more action. With the recent release of Elsevier’s third gender report, The Researcher Journey Through a Gender Lens, for which Australia is a comparator country, it’s an excellent time to take the discussion further. 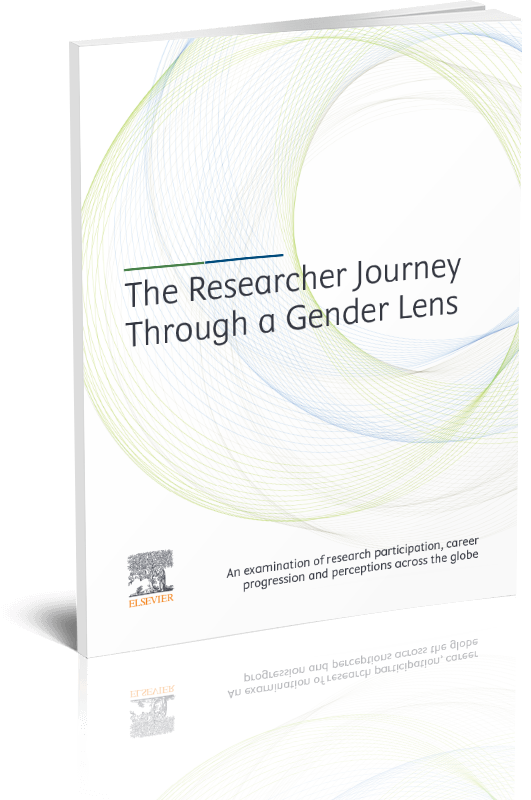 To better understand the situation in Australia, I spoke with Dr. Fiona Jenkins, Associate Professor of Philosophy at Australia National University (ANU) and the Convenor of the ANU Gender Institute, a virtual institute that connects gender researchers from various disciplines across the campus. She is also the principal investigator of Gendered Excellence in the Social Sciences (GESS), which looks into the relationship between hegemonic knowledge and researchers in five broadly categorized social science disciplines.

Dr. Jenkins says that while interest in gender equity is on the rise, progress has been slow.

Changes and challenges in Australia

Dr. Jenkins says the general interest in gender issues has increased over the last five years as people in academia and government acknowledge the need for change. For instance, Australia adopted the Athena SWAN program as part of the SAGE initiative, which has galvanized universities into extensive action, according to Dr, Jenkins. ANU was awarded with bronze level Athena SWAN accreditation just last year, which requires institutions to demonstrate a solid foundation for improving gender equity in STEMM through “analysis of where the problems lie, and considerable resources being directed towards improving gender equity.”

To demonstrate, ANU has implemented schemes to address issues of gender inequality: for example, the Futures Investment Fund has a stipulation requiring equal recipients for male and female researchers. They also have a new parental leave scheme, and in the past, they have advertised and hired for positions that are only open to women.

While these initiatives are commendable, Dr. Jenkins says, they aren’t “alone in doing this kind of thing. There's a lot of interest and a lot of action but progress is still quite slow.”

Indeed, there is still a long way to go. The overall ratio of female professors in Australia remains at around 23 percent. Furthermore, there are consistently lower rates of women applying to research funding, “and although the success rates overall are similar, the actual dollar value is very different, so men are receiving much more funding,” Dr. Jenkins says.

Jenkins says that these persistent problems may partly stem from an unwillingness to change some fundamental issues. The Australian Research Council’s process for grant applications, for example, requires researchers to work intensively from November through January, which coincides with school holidays. Changing the timing of these applications may boost the number of women applying for these grants. As Dr. Jenkins notes:

There is a disjunct between recognizing where the problems are and a willingness to really rethink some things you’d think wouldn’t be that hard to change. But these topics actually don’t come into the wider discussion.

Another process by the ARC allows researchers to explain their career breaks. While the initiative is positive, Dr. Jenkins says it’s not uncommon to be pressured to “write your narrative in a way that emphasizes how you overcame these obstacles.” Naturally for women, these “obstacles” often mean child-caring responsibilities or elder care.

The lower rates of grant applications by women may, of course, reflect other issues as well. Women may not feel like they have the track record to succeed, for example, which in turn relates to their publications and citations. Funding proposals are also rarely anonymous, giving rise to the possibility of unconscious bias from reviewers. These many individual factors that affect a person’s unwillingness to apply, result in women ultimately being left behind.

So how do we make things better? Having more women in decision-making positions will result in more policies, guidelines and systems that are suitable for women. Diversity in perspectives is crucial: a young scientist and a senior scientist with two children will have very different perspectives. Furthermore, organizations need to understand the particular problems that are unique to women. Women are particularly time-poor, so processes need to be changed accordingly.

Data is also important when thinking about how to make things better. Dr. Jenkins agrees, mentioning that “presentation of data is what sways people’s minds.” Data is also where the most questions should be raised, however. Elsevier’s newest gender report looks at seniority in research, a generational breakdown of researchers by gender. Jenkins comments that while it’s useful to see what kinds of problems are coinciding with different stages of careers, “there’s a tendency to assume that things are getting better.” Does a larger cohort of young female researchers mean a larger group of women in senior positions over time? Not necessarily. This idea is common, but many talented individuals are lost along the way- a concept known as the “leaky pipeline.” The meaning of data can change depending on what kind of lens we look through, and Jenkins reiterates that these lenses are still underdeveloped

A gender perspective on the social sciences

Another area where a gender perspective is important is around citation practices. Citations are commonly used to measure research uptake, and it’s seen as a simple positive indicator of your impact and standing in a field. But Dr. Jenkins asks, is citation “always about registering knowledge, or is it also about registering ignorance?”

GESS looks at citations from this perspective. “One of the things citations do is establish a hegemonic space of knowledge, which is then cited as part of knowledge power dynamics of the disciplines,” Dr. Jenkins says.

She goes on to explain that if you look at citation patterns in disciplines like philosophy, the highly cited experts are predominantly men, and many researchers will position themselves in relation to that group of men and their research. This has, as a result, “completely marginalized the mainstream,” Dr. Jenkins says. She highlights this in her open access article in Elsevier’s Womens’ Studies International Forum journal: a significant gender imbalance in citations may affect the kind of assumptions we make about what kind of research is most valuable and whose research that is. This may in turn limit our understanding in certain fields and may also make it difficult to establish new ideas:

We need to think about how diversity translates into substantive questions of how we articulate that space of knowledge — and more specifically power knowledge.

Another power dynamic that is seldom discussed is that of money. “We tend to treat gender problems as though they floated free of these kinds of pressures,” Dr. Jenkins says. “But in reality, they’re very important to consider.”

One of the things Dr. Jenkins is pressing for at ANU is more analysis on how resources are being directed within the university. The financial model in an area like teaching languages is significantly different to an area like philosophy, which is in general, male-dominated, she says:

The more feminized areas are primarily resourced through teaching income. They don’t receive the same investment of research funds that historically male dominated and more prestigious areas get.

Current understandings and discussions around gender are often on the socio-psychological level, but a deeper understanding across various areas, including economics analysis, is important when thinking about where exactly the problems lie, and how these problems can be remedied.

The future of gender equity?

Things are definitely changing for the better. The recent wave of feminist movements like #MeToo on social media has impacted the academic world also. “People who are known to have had sexual harassment complaints against them will not be invited or will be disinvited,” Dr. Jenkins says.

The avoidance of all male conference panels, or “manels,” is another common commitment across the science community. Male Champions of Change, for which ANU’s Vice-Chancellor and Nobel Laureate Dr. Brian Schmidt is an example, refuse invitations to participate in all-male panels and events. Similarly, The Lancet family of journals at Elsevier announced their “No All-Male Panel Policy” last year.

Despite these positive changes, when it comes to the future of gender equity, Dr. Jenkins is a bit pessimistic. “One thing that’s obvious is that not much has changed,” she says. “I used to work at a rape crisis center in the early 90s, where we were dealing with similar issues that persist today. Although culture has to some extent changed, practice often hasn’t.” She continues:

I’m a little bit pessimistic about how deep the changes that are being made in academic cultures actually go, and I think what becomes the accepted, well circulated discourse on gender equality in universities is actually quite watered down. It tends to be the sort of thing everyone can agree to without too much strife, without too much conflict emerging, and I really wonder if that is the kind of discourse that actually changes things.

About the ANU Gender Institute

The ANU Gender Institute is a cross-campus institute launched by Dame Quentin Bryce AD, CVO in 2011 when she was Governor-General of Australia. It has a dual mission: (1) to connect our ongoing work on gender and sexuality in research, education and outreach and (2) to promote innovative research and programs to help redress gendered inequalities at ANU.

Dr. Fiona Jenkins has played a leading role in the Australian National University (ANU) Gender Institute since its inception in 2011. She was previously the Convenor of the ANU Gender Institute, between 2013-15, and commenced her second term in this role in July 2019. She is also an Associate Professor in the School of Philosophy at ANU. Her current research includes the ARC-funded Discovery project, Gendered Excellence in the Social Sciences, which looks at gender via the intersections of equity and ideas of “excellence” in academic disciplines; and a project which links Judith Butler’s philosophical work with wider questions about constitutional and political imaginaries, including the role of gender in these. She has been involved in civil society monitoring of Australia’s National Action Plan on Women, Peace and Security and engages with a wide range of strategies to improve gender equity. 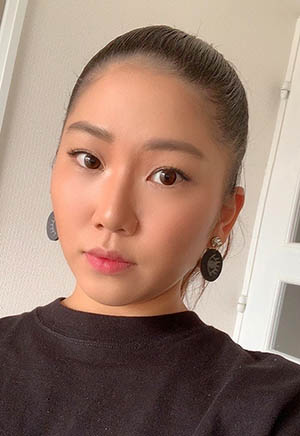 Yuhri Ishizaki is a Global Strategic Networks Associate at Elsevier, based in Tokyo. With a focus on the Asia Pacific, she builds relationships with research leaders to broaden influence and build trust within the science community. She has a strong interest in gender and women’s rights issues. She holds a degree in biomedical sciences from University College London (UCL).

7 challenges to overcome for a more inclusive research ecosystem