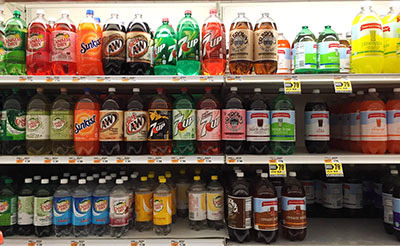 You’re thirsty, so you walk into a shop to buy a drink. In front of you are rows of brightly colored bottles promising to refresh you, wake you up and quench your thirst. Some even claim to be “healthy” or “all natural.” But with so many choices, how can you decide what to buy?

Some policymakers support a tax on sugary drinks to encourage consumers to opt for healthier alternatives. But with so many approaches to taxation, what’s the best way to change people’s behavior?

A new study published in Social Science & Medicine suggests that taxation that depends on the number of calories or amount of sugar per liter may be the best approach and could even encourage manufacturers to produce and promote healthier alternatives.

Worldwide, an estimated 1.9 billion adults are overweight according to the World Health Organization, and of these, 600 million are obese. Obesity increases the risk of diseases like type 2 diabetes; in the US alone, obesity-related healthcare costs around $200 billion a year. Due to their high sugar content and low nutritional value, there is growing concern that sugar-sweetened beverages are a significant contributor to obesity. Consumption has increased drastically in recent decades, leading policymakers to look for ways of reducing the amount of sugary drinks in our diets.

Last year, Mexico became the first country to implement a nationwide sugar-sweetened drink tax when it introduced a tax of one peso (around $0.07) per liter – about 10 percent of the price. The tax includes all drinks that have been sweetened using sugar, not just carbonated drinks. Mexico consumes more sugar-sweetened drinks than any other country: looking at Coca-Cola products alone, Mexico consumes 745 servings per person per year, compared to the worldwide average of 94.

Others are following suit. Last week, TV chef Jamie Oliver announced that he is adding a 10p “sugar tax” to fizzy drinks in his restaurants. 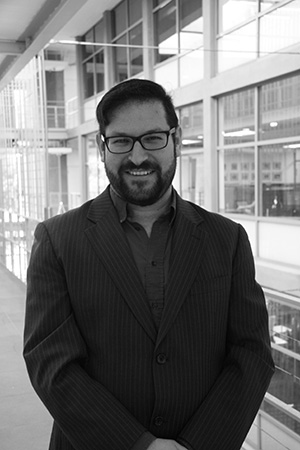 “Taxing sugary drinks isn’t a new concept, but given the immediacy of the global obesity problem, it’s time we got creative with how we approach it,” said study author Dr. Evan Blecher, Senior Economist at the American Cancer Society. “We could get sharper effects from taxation if we tax the dose of an ingredient, like sugar or calories.”

So far, the results of tobacco tax suggest that taxing by the number of cigarettes is the best approach. Translated to alcohol and sugary drinks, this would mean taxing by volume. However, taxing the dose of a particular ingredient – the alcohol in alcoholic beverages or the sugar or calories in sugar-sweetened drinks – could be a more effective way to reduce consumption. This may also incentivize drinks companies to offer healthier alternatives.

“Just tax it” doesn’t cut it

Policymakers have used taxation to control consumption for centuries. In his 1776 book An Inquiry into the Nature and Causes of The Wealth of Nations, Adam Smith famously wrote “Sugar, rum, and tobacco, are commodities which are nowhere necessaries of life, (but) which are ... objects of almost universal consumption, and which are therefore extremely proper subjects of taxation.”

But there isn’t a one-size-fits-all approach that works, says Dr. Blecher. “My background is looking at tobacco and alcohol tax, and I have a frustration how some people say ‘let’s just tax it.’ In principle it’s ok, but we need to understand how, and look at lessons learnt.”

Tobacco is one example of this: for tobacco, a blunt approach to tax – a flat tax rate – is effective. Rather than taxing the dose of nicotine, for example, it’s the number of cigarettes that is taxed; this is based on the idea that all cigarettes are equally bad for health.

In this case, lessons were learned. In the early 1990s, the tobacco industry started marketing light cigarettes, with 1 percent nicotine content, with the intention of reducing addiction and increasing people’s ability to quit. At the time, it seemed like a good approach, but in the end, there were no health benefits.

Alcohol taxation as a model for sugary drinks, food and fuel

So taxing according to dose is the wrong approach for tobacco, but it has had great results for alcohol. In South Africa, there was a flat tax on beer until 1998, when the government switched to a dose value per liter. There were tax incentives for the breweries to introduce and promote lower alcohol products, so South Africa’s leading beer producer shifted advertising from the 5.5 percent beer to the 4 percent beer. As a result, alcohol consumption has dropped significantly.

“In South Africa, 60 percent of all alcohol consumed is beer, so there was a big opportunity to make a difference with a dose tax. Since the dose tax was introduced, South Africans are 12 percent less drunk from beer than they were,” Dr. Blecher said.

As well as being a possible approach for sugar-sweetened drinks, this dose approach to taxation could also be effective at controlling unhealthy food consumption, and even fuel consumption.

“Effectively, this is not that different from the conceptual understanding of carbon taxes – the idea is to tax the dose of the pollutant to incentivize consumers and producers to use better technologies to reduce carbon,” said Dr. Blecher. “We could use it as a mechanism for taxing fuel; at the moment all petrol is taxed at a flat rate, but different petrols release varying amounts of pollutants into the atmosphere. Taxing according to pollutant production could be a new approach.”

Taxes on sugar-sweetened drinks are likely to meet some opposition from the beverage industry and some political actors, says Dr. Blecher. “It’s possible that the industry will see it as something that will cut their profits, and that can lead to some quite strong opposition to taxation. But actually, it could encourage them to adjust manufacturing and marketing and open up a new market for them.”

Just like the shift in beer products in South Africa, taxing sugar in drinks could encourage manufacturers to shift to low calorie alternatives, such as the hybrid sugar and artificially sweetened drinks that are emerging.

This may also be more effective on the consumer side – rather than requiring people to make dramatic behavior changes, like drinking water instead of cola, they would just switch to a slightly different product from the same company.

Elsevier has made the following article freely available until October 7, 2015: