When research data is good quality and easy to access, it opens a world of opportunity. By sharing their data with others, researchers enable further discovery and make their own work more transparent and reproducible.

Prof. Zhiyong Shao of the Institute of Brain Science at Fudan University in Shanghai is among the growing number of researchers advocating for data that is accessible and easy to understand, reuse and share.

“This is something I think is very important, and not always something people think enough about,” he said. “Without good quality data, people cannot replicate the research.”

Zhiyong is a neuroscientist whose research focuses on the synaptic development and plasticity – the way neurons form connections with each other to build up functional circuits, how neurons select partner neurons and how they form and maintain synapses at a particular place.

Recently, he published a research paper in Cell Reports on the role non-neuronal cells in the central nervous system (called glia) play in pre-synaptic formation, and the associated data was shared via Mendeley Data.

If the work you’re doing is something other people find interesting or need to understand more about, being able to view the good quality data that another researcher created is very useful.

But what does “good quality” mean when it comes to data?

Elsevier is a founding member of Force11, a community dedicated to improving knowledge creation and sharing. Working with other key stakeholders, the business helped develop the FAIR Data Principles to support improved Findability, Accessibility, Interoperability and Reuse. Published in 2016, the FAIR Data Principles represent the gold standard for data sharing and re-use.

View the datasets of Prof. Zhiyong Shao and others

We are interviewing researchers who made their research data available in a way that exemplifies FAIR data principles — Findable, Accessible, Interoperable, Reusable. The researchers are chosen by the Elsevier RDM Advisory Board and Elsevier Data Champions.

You can view and download their datasets in the Mendeley Data Repository.

Among the principles of FAIR is that data should be easy to find – as the F represents – for both humans and computers. Machine-readable metadata are essential for automatic discovery of datasets and services, so this is an essential component of making data shareable, and it’s an element Zhiyong and his team paid attention to. Zhiyong explained:

Most of the data in the dataset are images, so we added the original uncropped, unmodified image file itself, and then the quantification data table, and the method we used. The metadata covers everything from the type of microscope used, and the stage the phenotype was at. The synaptic phenotype we looked at is development stage-specific, so we wanted to be very clear on information about when the photo was taken.

That high-quality metadata also contributes to the R in FAIR – the reproducibility of research. For data-intensive research, reproducibility doesn’t only mean that another researcher can go into a lab and do the same research – it means that by analyzing the same dataset, another researcher can see how the authors of the paper drew their conclusions.

Mendeley Data encourages researchers to include step-by-step reproducibility guidance within the dataset description, and it’s something that Zhiyong and his team took advantage of. In the published dataset, others can see the process for reproducing the guidance. 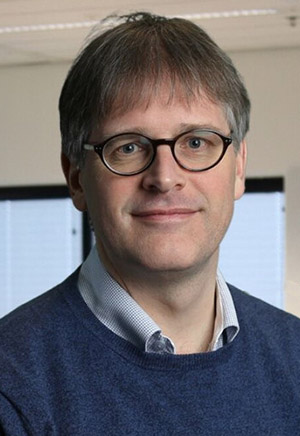 I am a strong believer that researchers who take the time to clean, curate, annotate and share their underlying research data as well as Professor Shao’s group will be the more successful researchers. The way (they are) sharing their data … is a great example of how this is done really well – a good example of FAIR data sharing.

One of the challenges with data sharing in the past was that it added a further step for researchers who were already under a great deal of time pressure. However, Zhiyong found that using the Mendeley Data Repository was a relatively straightforward process:

Uploading the data was very easy – I wouldn’t be put off sharing it for that reason. It’s an easy easy-to -use platform, and it’s useful to have the data shared, whether it’s for people to use in their own research, or for the transparency of our own research.

As with all data stored in the Mendeley Data Repository, Zhiyong’s work will remain owned and controlled by his team, with access to 16 open data licenses. Zhiyong has already taken advantage of this:

I haven’t seen people citing the data so far, but the important thing is that it’s available. If people do want to dig deeper, we can share it with them.